Occurrences Of The 47 Reference In Movies & Television

This article is more than five years old and was last updated in May 2020.

47 is a prime number, the dialling code for Norway, the Tropic of Cancer and the Tropic of Capricorn are 47 degrees apart and 47 is the name of the agent in the 'Hitman' video game series. The number 47 pops up a lot but nowhere more than in Star Trek. 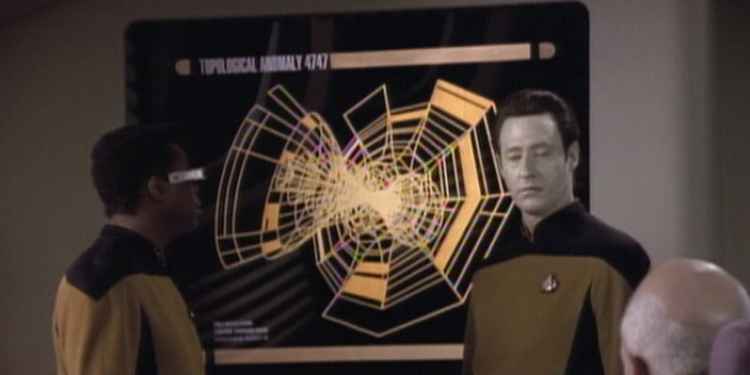 The 47 conspiracy or 47 reference is the observation that the number 47, multiples of the number, its reverse 74, or combinations of 4 and 7 appear with unnatural frequency in television shows and movies. These occurrences are most prevalent in the Star Trek universe, in the 'The Next Generation', 'Voyager' and the latest J. J. Abrams movies.
It pops up in dialogue as well on computer screens on board the Enterprise, for example 47 occurrences of the word "Darmok" are found in the ship's database, Scotty manages to beam up 47 aliens before their ship was destroyed and onboard Voyager the Emergency Medical Holographic can be found on channel 47.
The number 47 doesn't seem to appear unnaturally in the original Star Trek series, however an episode which was shot as part of production #47 is titled 'Obsession.' Fans have claimed that the most occurrences of 47 are in 'Voyager,' the number did appear frequently in earlier seasons of 'Deep Space Nine' too, however it's said that in later seasons the production team tired of the in-joke and the reference was dropped.
The number also appears in J. J. Abrams' new Star Trek movies starring Chris Pine as James T. Kirk, but 47 reference isn't just limited to Star Trek, J. J. has included it in many of his productions he's produced or directed, including the TV series 'Fringe,' 'Alias,' and 'Revolution' as well as the movies 'Star Wars: The Force Awakens' where the thermal oscillator can be found in Precinct 47.
The strangest thing about J. J.'s use of the number 47 is why it wasn't included in "the numbers" in the hit TV series 'Lost'. The numbers 4, 8, 15, 16, 23 and 42 were massively prominent in the show, but despite having J. J. as the executive producer, 47 wasn't one of the mysterious numbers.
It's well known that J. J. likes to pay homage to Star Trek in his work, so it's likely that his use of the number 47 is just another reference to its many appearances in the Star Trek television franchise.

Origins Of The 47 Conspiracy 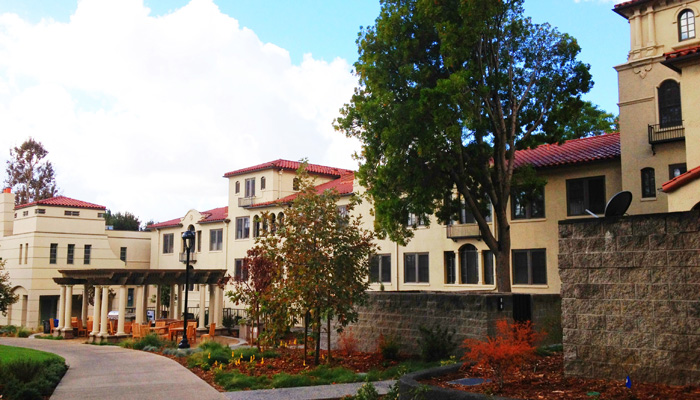 Photo: © Nostalgic Wisdom
The 47 reference dates back to 1964 at Pomona College, California, located off exit 47 on Interstate 10. Professor Donald Bentley offered up convincing mathematical proof that all numbers are equal to 47 and that the number 47 occurs with greater frequency in nature than other numbers.
Professor Bentley explained how all numbers are equal to 47 by asking students to draw an isosceles triangle, the sides of the triangle would by definition be of equal length, he then gave the sides of the triangles a length measurement, the numbers he chose were 47 and 74, but he could have chosen any numbers.
Professor Bentley then used a series of mathematical tricks to ensure that all sides, distance and paths around the triangle added up to either 47 or 74, claiming 47 was a magical number. It's said that other faculty members and senior students could not disprove his equations
Of course, this was all intended as a joke, but it caught the attention of the students and led to the formation of The 47 Society at the college who pushed Professor Bentley's proof and continued to look for occurrences of the number.
So how did this result in the number 47 appearing in television shows and movies? Well, Joe Menosky a Pomona graduate, went on to become one of the story writers for 'The Next Generation' and he introduced the number into scripts from the forth season, other Star Trek writers caught on and it became an in-joke, which resulted in the number 47 being used multiple times in storylines.
All of a sudden, where ever a number was spoken there was a good chance it was a 47; shields would drop to 47%, 47 people would die in a disaster, 47 minutes would remain until certain death.

Occurrences Of 47 In Popular Culture 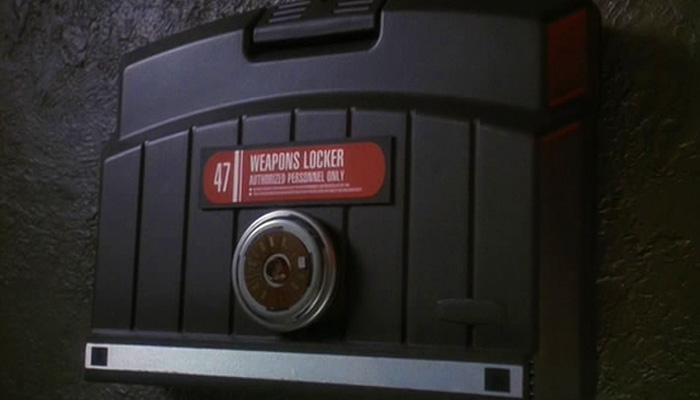 Video Of 47 References In 'Star Trek: The Next Generation'

According to 'Hitchhicker's Guide to the Galaxy' the number 42 is the answer to life, the universe and everything. Star Trek executive producer Rick Berman once joked that, "47 is 42, corrected for inflation."
Tags:
moviestelevisionstar trekscience fiction