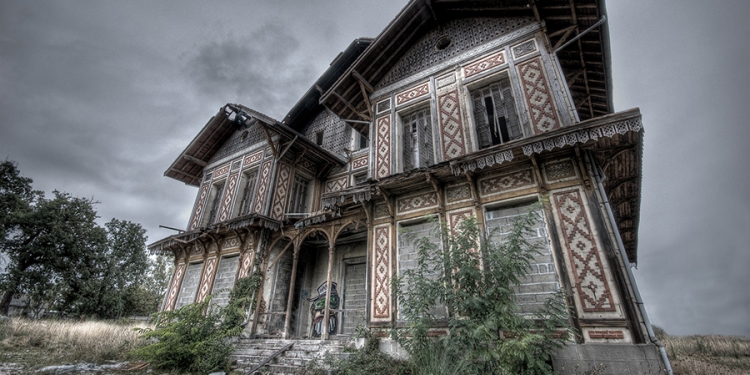 Photo: pixabay.com
I've been on quite a few paranormal investigations, both with public ghost hunting events companies and with private paranormal investigation teams, and the differing levels of activity I've experienced on these investigations has made me wondered whether it's the investigators who are haunted and not the locations themselves.
By taking part in these events I've been to some of the locations in the UK that are said to be the most haunted and most of the time I've experienced pretty much no activity, yet some investigators at these same locations get movement around them, knocks and bangs, and all sort of activity.
The first thing that comes to mind is that they are faking it, but I've been with these teams and members of the public on these ghost hunts and I've not yet encountered anyone who I thought was knowingly faking it. After all, they'd just be fooling themselves and wasting their own time.
What about the possibility that they are unwittingly faking the activity, misidentifying normal sounds as paranormal, or simply overreacting? I'd say that is all very possible if it weren't for the fact that I am the constant in these situations and I am judging every strange occurrence, team and investigator in the same way.
So this leaves me to wonder if the places I go to are actually haunted at all or whether weird stuff happens there frequently simply because of the large volume of paranormal investigators that go there, some of which are haunted themselves.
Some would dispute it, but it makes sense to me that if ghosts are real and you've visited a lot of haunted locations, then you might end up with a few following you who will try and show you they are with you every time you give them the chance to... like when you are on a ghost hunt.
Plus there's the possibility we're all being watched over by the spirits of our dead loved ones. Perhaps if we have deceased family members who are particularly strong as spirits, they can make themselves known to those people.
Perhaps ghosts can't even be attached to a building and only to a living thing like a person.
This might explain why some people get a better response on a Ouija board or hear more knocking sounds in response to their questions. When certain investigators walk down into a creepy basement and pick up on a strong negative feeling, maybe that's their old nan who's with them saying "I don't want to go down there!"
As ghosts are unproven and immeasurable, perhaps we can even take this a step further. What if ghosts don't exist at all and the activity that people experience on ghost hunts is actually produced as a subconscious response to the ghost hunter who is willing the activity to happen at this location.
This concept is similar to that of a poltergeist, which some say could be the result of the victims of the haunting being unaware that they have the power of psychokinesis - the ability to move objects without touching them. If this is true of poltergeist cases, then it means that there is no ghost involved, just the subject's own energy.
Typically poltergeist hauntings revolve around young adolescent girls and it is their subconscious abilities causing the phenomena, but if this is true then it seems entirely possible that anyone on a ghost hunt could create similar activity themselves without being aware of it.
During an investigation it's commonplace for an investigator to call out to the spirits willing them to slam a door, move an object or give them one knock for 'no' or two for 'yes'. By focussing all of their attention on this and repeatedly willing it to happen, perhaps they inadvertently cause it to happen themselves.
This might include an investigator subconsciously moving a planchette across a Ouija board, but if this were the case, how could the board ever spell out a name or phrase that the investigator is unaware of?
Well, in order for an investigator to verify that the name that's come through on the board is correct, then someone somewhere must know this name. It's just as possible that the investigator has subconsciously obtained that information via the equally unproven method of telepathy as it is that a spirit is guiding their hand around the board.
If there is no one living who knows the information that's come through on the board, then the only way to check if it's correct would be if it is written down or documented somewhere. In this case there's the possibility that the investigator has accessed this information through some kind of remote viewing ability that they are unaware they have.
It could even be that the investigator has acquired the information through a psychic link to the building's past.

There's one famous parapsychology experiment which could back up this theory that it is the ghost hunters themselves causing haunting phenomenon, not spirits of the dead at the location. The Philip Experiment was conducted in Canada in 1972 and involved a group of seven volunteers regularly communicating with a fictional ghost.
The aim of the experiment was essentially to create or manifest a non-existent ghost and then communicate with it through séance. The volunteers began feeling a presence, the table they were sat around began to vibrate, and they heard rapping sounds which matched responses to their questions. Through this they were able to ascertain that they had successfully created a character who identified himself as Philip Aylesford, who committed suicide in 1654 at the age of 30.
The team regularly held séances to learn more about Philip and found they were able to contact him in just about any situation or location - proving that it was them creating the activity not a real ghost called Philip or any kind of entity at a specific location.
Despite this the volunteers experienced the type of paranormal activity that many report witnessing on ghost hunts. At one point the table tilted on a single leg, and at other times moved across the room seemingly without human contact.
There are so many unproven beliefs in the field of parapsychology that we can't know for sure what makes a house appear to be haunted until we can fully understand the science behind the occurrences, whether that be ghosts that are attached to the property, spirits following investigators around, or even telepathy, telekinesis, remote viewing or mediumship.
Add A Comment
Tags:
paranormalghosts