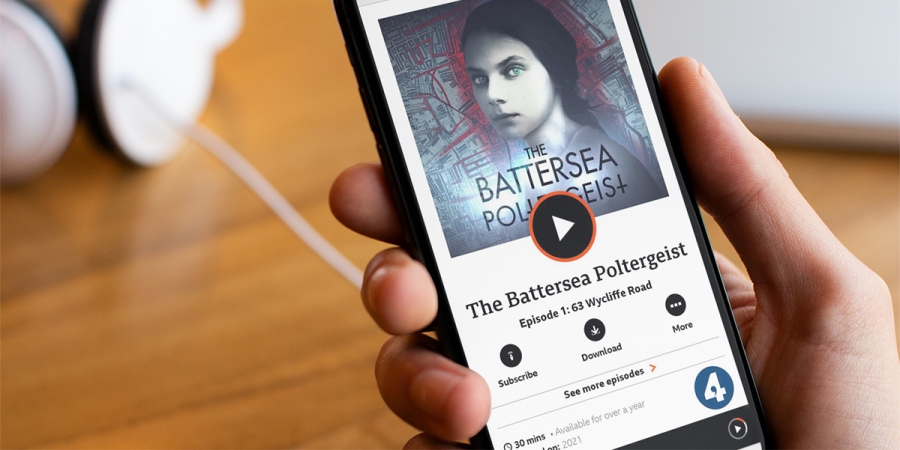 'The Battersea Poltergeist', the much-talked about and hotly-debated paranormal podcast hosted by Danny Robins is heading to BBC Radio 4 ahead of the release of a new ninth episode.
If you haven't yet heard the podcast that everyone in the paranormal world has been talking about, then here's your chance to catch up. All eight of the original episodes of the gripping cold-case-style podcast will air in full on Radio 4 over a period of two weeks.
The episodes will air Monday to Thursday nights at 11:30pm for a fortnight, starting from Monday, March 29. This will be followed by a brand new podcast episode on Monday, April 19.
In the final moments of what we originally thought was the final episode of the series, which premiered at the beginning of March, Danny teased listeners by saying "this is not quite the end of the investigation." Although no dates were announced at the time, Danny said, "we're taking a very short break and then there will be an episode nine."
We now know that the ninth and final episode will drop as a podcast following Radio 4's two-week run of the episodes on Friday, April 9.
Once again Danny will be joined byCiarán O'Keeffe a ghost hunter and parapsychologist working out of Buckinghamshire New University, and Evelyn Hollow a writer and parapsychologist from Edinburgh as they discuss aspects of the case in more detail and examine listeners theories.

Big #BatterseaPoltergeist announcement - excited to say the whole series will be broadcast on @BBCRadio4.

It starts Monday and will be on every night 11.30pm Mon - Thurs for a fortnight.

Spread the word and let more people join in the investigation!

The podcast examines the case of a poltergeist that terrorised a normal family in South London for 12 years, a case that was originally investigated by Harold Chibbett in 1956 and involved reports of paranormal activity that was focused around 15-year-old Shirley.
The strange happenings at the Hitchings family home started with banging coming from the ceiling and walls that were so loud that their neighbours on Wycliffe Road thought the family were ripping up floorboards in the middle of the night.
Throughout the original eight episodes, which can be listened to on demand on BBC Sounds now, Danny and producer/director Simon Barnard examine the original case files and have access to the case's only surviving witness, Shirley Hitchings herself.
Shirley, now 80, says that the haunting stole her teenage years, but in a rare interview for the podcast opened up to Danny about the family's poltergeist, who they called Donald. Shirley tells Danny that the family witnessed pots and pans being thrown through the air from empty rooms and countless other unexplained incidents - all of which they blamed on this mischievous entity.
If you've been listening along to all the twists and turns and formulating your own theory, then the news of a ninth episode will be welcome news. You'll also be please to hear that Danny and his panel of experts will once again be discussing listeners' theories on the case and answering your burning questions.
Add A Comment
Tags:
battersea poltergeistparanormalpodcaststopicalradio