How To Become A Master Of The Dark Arts

Black magic is a secret art which has been protected and kept hidden from the public for centuries. At its core, black magic or dark magic uses supernatural powers for evil and selfish purposes, it can involve invocation of evil spirits. 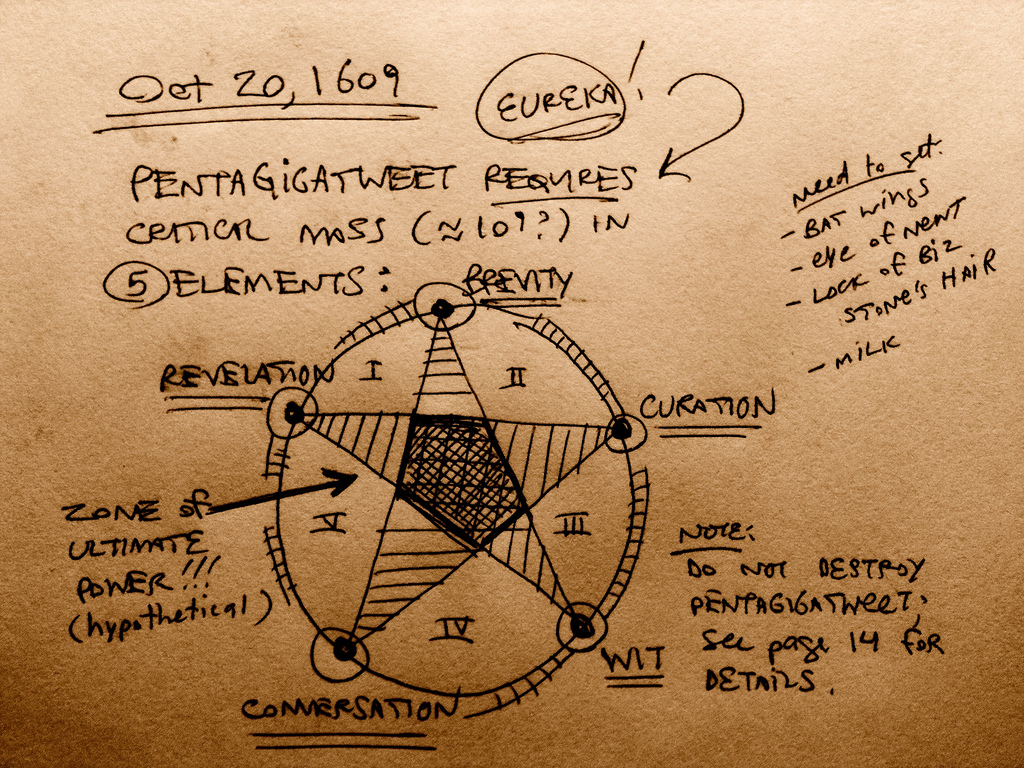 Photo: © Robin Sloan
Dark magic is believed to raise a black magician's energy, they can then manipulate the electromagnetic or psychic energy of the world around them for their own gain. For example they can use this energy to psychically influence people's decisions, or overwhelm them with negative energy.
Dark magic practitioners believe that the energy and matter which makes up the universe is intrinsically linked. As energy exists in waves of specific frequencies, the dark rituals are believed to align the psychic energy of the participants with the person or thing they're trying to effect.
With this electromagnetic synchronisation thoughts, emotions and memories can be transferred from one being into another. It can also work the other way around with the dark magician taking thoughts and memories from their victim.

1. Determine Which Form Of Black Magic You Should Use 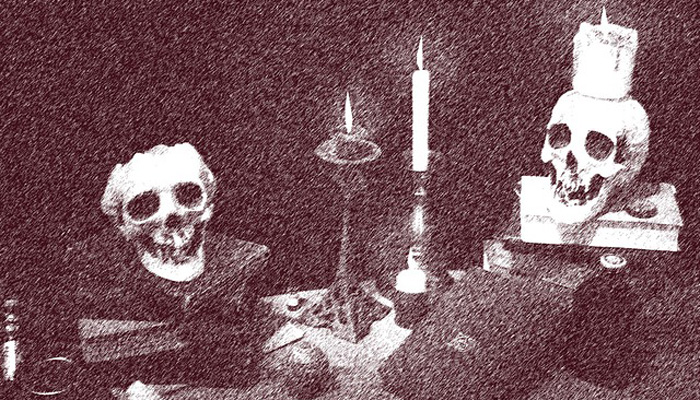 Photo: pixabay.com
All dark arts practices involve controlling someone to get what you want and there are a few ways you can do this:
1. Curses and hexes. Placing someone under a curse or hex can bring the victim bad luck, negative emotions, or ill fortune.
2. Rituals. You can perform a dark magic ritual in order to communicate with the dead, improve your health or even make you immortal.
3. Spell casting. This could involve casting a binding spell to stop someone from harming you, a love spell to cause someone to be attracted to you, or and spell to gain personal wealth.

2. Consider Whether Black Magic Is Your Best Option 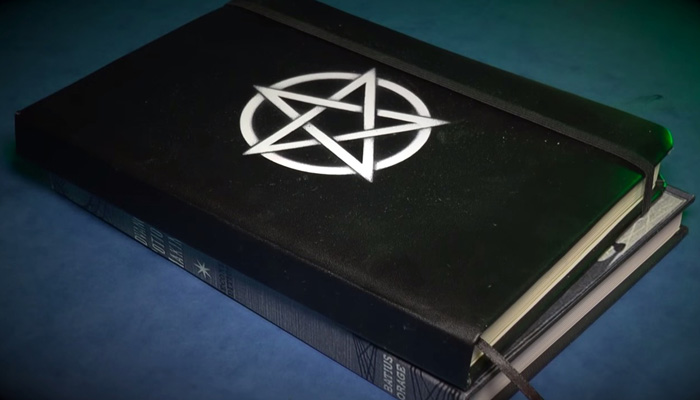 "Ever mind the rule of three, what ye send out comes back to thee."
The Wiccan Three-Fold Law
Black magic is called the "dark arts" for a reason and its dangers have been taught for years. Wiccans believe in the "Three-Fold Law" which states that:
1. What you give out comes back to you ten times.
2. The sins of the fathers are carried forward for seven generations.
3. What you do to others will be done to you.
So before you perform a curse, hex or dark magic ritual on someone you should consider whether there is another option, perhaps a psychological approach. You may find it's just as powerful to intimidate your target with evil words or by letting them catch you giving them evil glances. With enough effort you may be able to convince your target that they are in fact cursed.
In some situations it could be easier and safer to avoid the target individual all together rather than trying to use the dark arts against them, is it possible to avoid them and write them out of your life?
If black magic is your only option then be warned that you may find that the dark arts drain your energy and you're opening yourself up to evil spirits and ill fate.

3. Preparing For A Curse, Ritual Or Spell 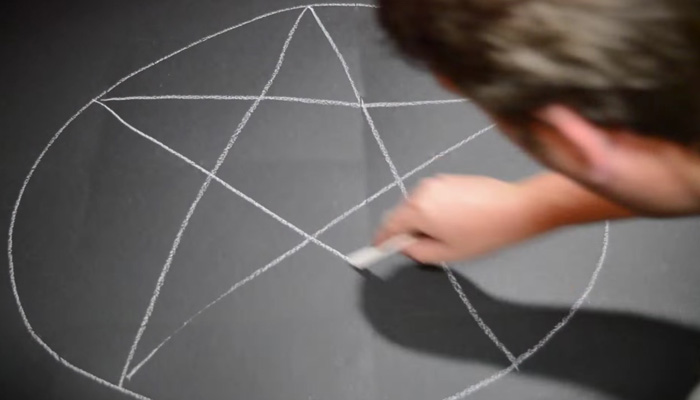 Whether you are performing a curse or ritual or casting a spell, the aim is to align your psychic energy with that of your target and for this you'll need concentration.
1. Location. Pick somewhere quiet where you won't be distracted and can give the magic your full attention.
2. Set the mood. Use burning sage to clear the air, burn candles and surrounded yourself by anything you can draw power form such as charms or crystals.
3. Protect yourself. Draw a pentagram on the ground and step inside of it. It's also known as a "circle of power" and it will protect you from unwanted evil spirits. 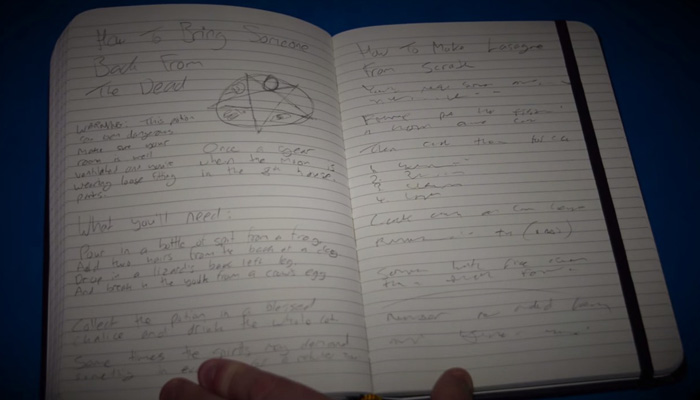 Black magic is most effective when practiced during the waning of the moon, the point in the lunar cycle after a full moon but before new moon. Belief is important when performing any dark magic, be patient, it can take days, weeks or even months before the results are noticeable.
1. Cast a spell. Before hand you should write your spell in your book of shadows, this is a blank notebook that you fill yourself with your own spells, notes and instructions. When you are feeling relaxed and focussed, recite the spell.
2. Perform a curse. The most common way to curse someone is using a poppet, also known as a voodoo doll. You will also need your words of power, you can write these yourself to ensure they match your intentions. Speak the words aloud three times. When performing a binding curse often doll is wrapped in black ribbon otherwise pins are stuck in the part of the doll's body that you wish to effect.
3. Carry out a ritual. A ritual can involve speaking to the dead or making contact with a demon. The easiest way to do this is with a ouija board or spirit board. Be clear on who you want to speak to so as to avoid making contact with unwanted evil spirits.
Tags:
paranormalblack magic

Cast A Black Curse On Your Enemies

7 Most Sinister Locations Of Black Magic In The UK

Is Real Black Magic Being Hidden From The Public?

How To Sell Your Soul To The Devil In 6 Steps