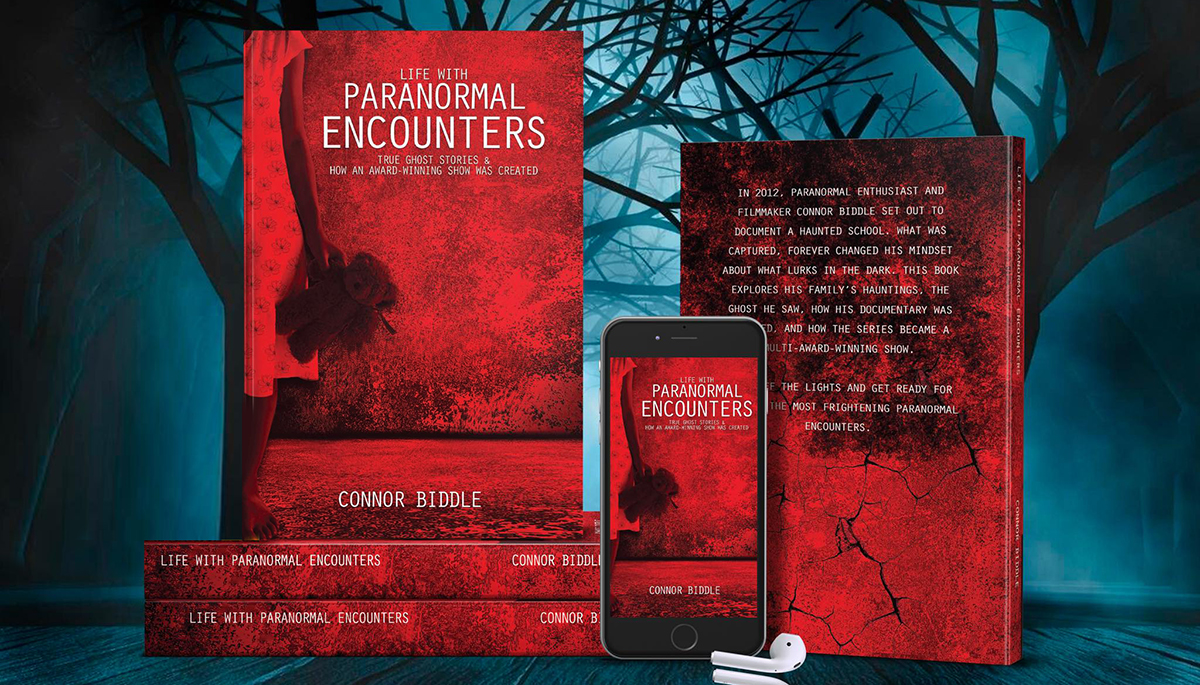 Paranormal enthusiast and filmmaker, Connor Biddle, has revealed the story behind his award-winning online ghost hunting show in a new book. Connor created the YouTube channel 'Paranormal Encounters' in 2012, and appears in the show alongside his girlfriend India Hopwood.
The gold Paranormal Entertainment Award winning show follows the couple as they explore their fascination with the mysterious world of the paranormal at some of the most paranormally active locations in America.
Now the story of the series, its creation and Connor's first steps into the paranormal world are told in his first book, 'Life with Paranormal Encounters True Ghost Stories & How An Award-Winning Show Was Created'. The book is available now from Amazon and has already hit the no. 1 spot on the online store's list of most popular occultism new releases.
It all started in 2012 when Connor set out to document a haunted school in Iowa, inspired by the television show 'Ghost Adventures'. In his book Connor writes, "the idea of traveling the country, filming and spending a night in some of the scariest places on Earth intrigued me." This is of course what Connor and India now do in order to shoot their content for YouTube and Amazon Prime.
Connor says, "I was highly driven to somehow find a way to create a documentary film about the paranormal with no experience in either filmmaking or spirit communication."
What was captured forever changed the twenty-year-old's mindset about what lurks in the dark. Due to the overwhelming response to the film, Connor decided to continue his journey of exploration and create his show, 'Paranormal Encounters'.
As the book's title suggests, the book also includes detailed accounts of the paranormal experiences Connor has had, experiences he would have once thought impossible. This includes a chapter on the hauntings at his childhood family home in Goshen, Indiana, which Connor says was one of his favourites to write about.
The author also writes about his first ever ghost sighting - the moment he saw the apparition of a little girl run past him while he was filming an episode in 2014 at Edinburgh Manor in Scotch Grove, Iowa.
The book contains QR codes throughout that you can scan with your phone. These will take you directly to some of Connor's best evidence of the paranormal, including some of his EVP recordings and even an early video he captured of an apparition.
Connor shared the news about the book's release in a live YouTube stream where he told subscribers, "I have been working on a project for nearly six months and it's been something that's super-close to my heart. I've put a lot of work in to this."
You can buy 'Life with Paranormal Encounters True Ghost Stories & How An Award-Winning Show Was Created' now from Amazon, available in paperback or ebook for Kindle formats. If you're in the United States you can get your copy here, or here for British followers
USA: Buy Now
UK: Buy Now
Tags:
youtubebooksparanormalparanormal encounters