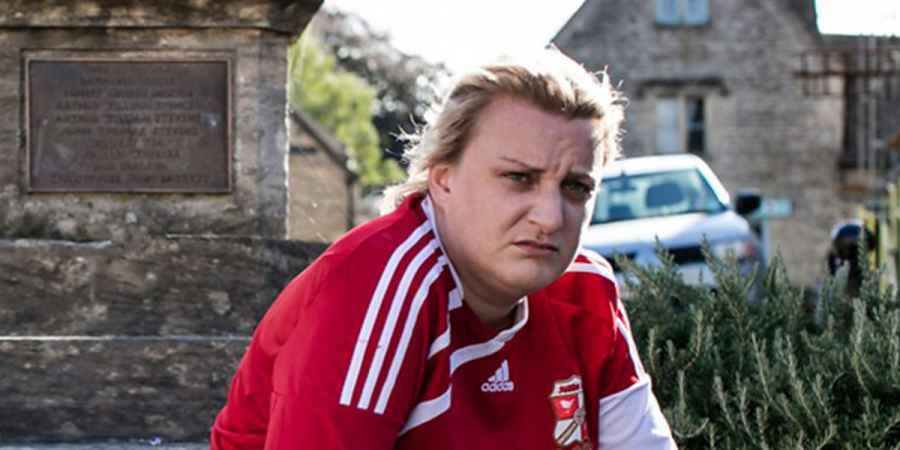 Daisy May Cooper, star of the BBC Three comedy show 'This Country', has said that she would love to follow in the footsteps of Yvette Fielding and host her very own paranormal television show.
Speaking during an interview with Chortle about her role as team captain in the comeback of the music quiz 'Never Mind The Buzzcocks', Daisy confessed that she "a hundred, thousand percent" believes in ghosts and would love the opportunity to appear in her own ghost busting show.
Daisy, who plays Kerry Mucklow in the cult series 'This Country', said "I really want to train to be an exorcist and just go out on the road rescuing people and clearing them of all of their demons. Sky have to make it happen!"
Daisy is so dedicated to finding proof of the paranormal that she's even bought her own ghost hunting gadgets, "I just totally believe in them and I actually bought my ghost equipment to the show because we're in quite an old building. So, in between filming, I'm just constantly on the lookout for ghosts." However, she admits she's not yet found any spooks on set.
"I don’t know where the fascination came from," says  the Gloucestershire-born actress, "I've just always loved the thought of something existing that's kind of make-believe I suppose."
Although she's not yet seen a full-bodied apparition, Daisy believes she's communicated with the dead using an EVP recorder. An EVP, or Electronic Voice Phenomenon, is a form of spirit communication that involves capturing the sound of spirit voices in audio recordings. Daisy used this method while in hospital suffering from kidney stones earlier this year.
She explained, "basically, you ask questions like 'is anybody here? Who am I speaking to?', and when you listen to it back, you're supposed to be able to hear the ghosts. I did it and I heard a ghost say, 'don’t be afraid', which is really weird." She recalls, "I was in a private room on my own and even though I was feeling really ill, it still didn't put me off trying to seek out the ghosts."
Daisy's obsession with the paranormal is nothing new, last year her and her 'This Country' co-star Charlie Cooper braved a night at the infamous Ancient Ram Inn, one of the most haunted properties in England. The brother-and-sister comedy duo, who are both believers, spent the night at the paranormal hotspot in the rural Gloucestershire village of Wotton-under-Edge while on the hunt for ghosts.
The inn has a grim history, it started life under the ownership of the local parish and was used to house slaves working on the construction of St. Mary's Church. Since then the ownership of the inn has changed hands many times and guests have claimed on many occasions to have seen previous owners sat among the patrons.
Speaking about the inn, which closed in the 1960s to The Wotton Times, Daisy said, "it's just got so much character, it looks like it's got so much history and all we've ever wanted to do is get in."
The Ram has a huge list of reported paranormal activity to its name. Some of the most commonly reported activity includes highly localised cold spots, temperature drops and unexplained icy blasts of air, but despite its sinister reputation, the comedy duo felt quite comfortable there. Daisy, who was pregnant with her second child at the time, said "it's a really nice atmosphere." Adding, "yeah, I'm feeling good vibes."
Daisy and Charlie's night of ghost hunting included a Ouija board session. With the help of a psychic medium, they believe they made contact with the spirit of a woman named Beth, who died at the inn in 1379. Could this be the spirit of Elizabeth who is believed to have been murdered and buried beneath the bar?
The Ancient Ram Inn's reputation as one of the most haunted buildings in the country has been fuelled by its countless appearances in television shows, newspaper reports and paranormal blogs. It's been investigated by hundreds of paranormal investigation teams and played host to ghost hunting shows like 'Ghost Adventures' and most notably 'Most Haunted'.
Daisy will appear in 'Never Mind The Buzzcocks' when it returns to Sky Max on Tuesday, September 21 hosted by Greg Davies. Daisy will be battling it out in the music quiz against rival team captain Noel Fielding.
Tags:
topicalparanormalcomedytelevision