This article is more than three years old and was last updated in May 2020. 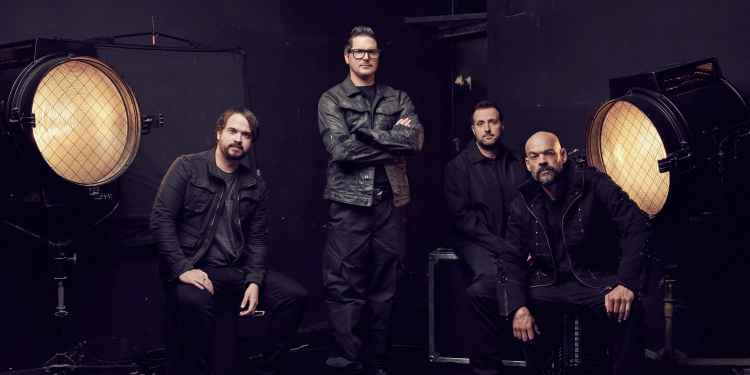 Zak Bagans has announced that a new four-part miniseries based around America's most notorious serial killers will air on the Travel Channel in the US in the run-up to Halloween.
Speaking at the 2019 San Diego Comic Con at the weekend, the Ghost Adventures star said, "I really wanted to do this miniseries because I wanted to get inside the minds of these serial killers."
As always, Zak will be joined by Aaron Goodwin, Billy Tolley and Jay Wasley as they tackle the question, does evil linger? The team will explore haunted locations across the country that are associated with infamous serial killers. Will the team encounter the malicious energy that has been left behind by these sadistic killers and their evil acts?
"I've investigated a lot of places, but these locations are absolutely terrifying on a whole other level," said Zak. "To walk in the same footsteps as these serial killers, where some of the most notorious acts of evil were committed – it severely affects you. The residual energy alone is palpable."

The team will attempt to document this lingering energy within some infamous locations across America that are connected with the country's most notorious serial killers of all time. Their aim is to retrace the killers' steps, visit known hangouts and speak with leading experts to gain insight on why these psychopaths committed their horrendous crimes.
Zak will guide his team as they investigate locations such as killer clown John Wayne Gacy's prison cell, HH Holmes' murder house and the Squirrel Cage Jail, which housed the vicious Jake Bird. The crew will also study the Anson Call House, an abandoned building that many believe has ties to Ted Bundy's terror spree during the 1970s.
While fans are excited about the new series, some within the paranormal community are a little taken-aback by the show's choice of subject matter. One prominent paranormal investigator tweeted, "when we made our documentary on Ouija boards, at one point we could have included links to a series of child murders that occurred in the 60s. We didn't out of respect for the victims and their families. It's a shame Zak can't do likewise."
While at Comic Con, Zak also announced a two-hour Ghost Adventures Halloween special that will air on Halloween night and see the team investigate the real-life home that inspired the 2016 horror film, 'The Conjuring'. The home's hauntings were also made famous by renowned paranormal investigators Ed and Lorraine Warren.
'Ghost Adventures: Serial Killer Spirits' premieres on the Travel Channel on October 5th and airs every Saturday as part of the channel's "Ghostober" event, which features 31 days of spine-chilling premieres.
Check out Ghost Adventures on TravelChannel.com for show extras, behind-the-scenes photos and exclusive videos. Follow @TravelChannel, @GhostAdventures and #GhostAdventures on Facebook, Twitter, Instagram for additional content and updates.
Tags:
televisionzak baganshalloweenhalloween 2019topicalghost adventuresserial killer spirits