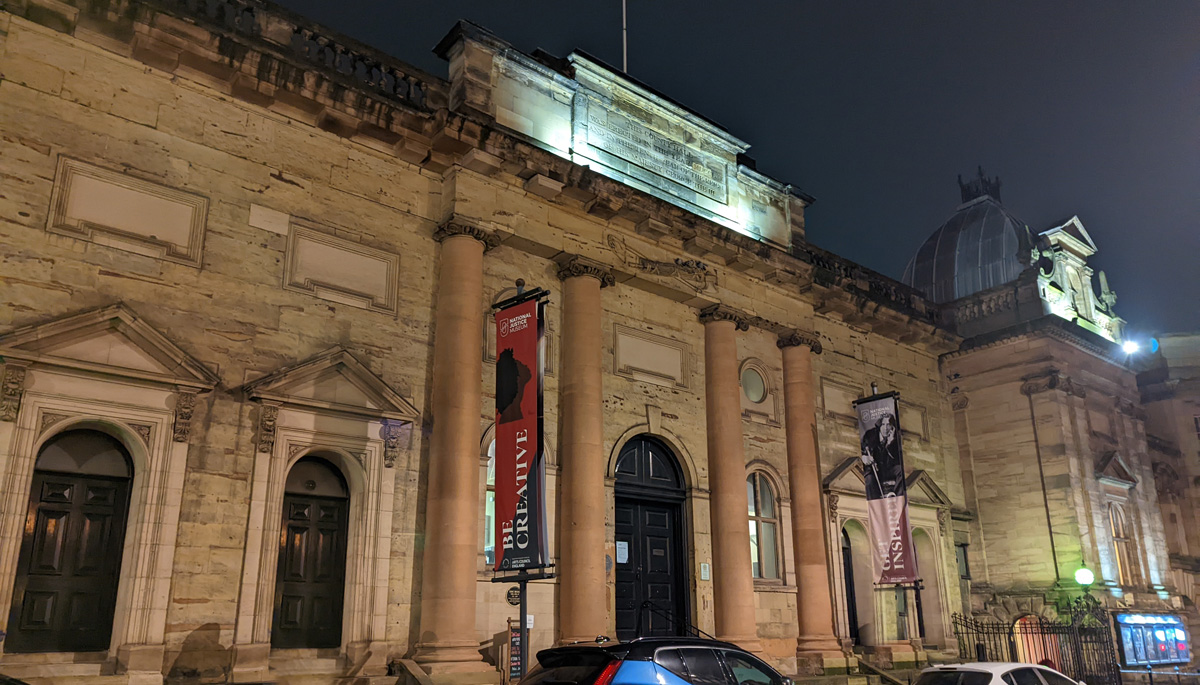 In the paranormal world, the National Justice Museum in Nottingham is an iconic venue. So it was a real pleasure the get to chance to explore it fully in the dark on a ghost hunt with Most Haunted Experience.
The historic building in the city centre was put on the haunted map by Yvette Fielding back in 2003 when the 'Most Haunted' team visited as part of the show's third series. The impressive courtrooms, old prison cells and underground caverns have been a popular haunt for ghost hunters ever since.
On a freezing cold January night I arrived at the public paranormal event hosted by Most Haunted Experience (MHE), an off-shoot of the long-running British ghost hunting series. Along with around 40 other guests, I was greeted at the huge round-headed doorway by one of the show's stars, Glen Hunt.
The evening began with a brief introduction in a welcomely warm room, which served as our base for the evening. As the resident skeptic on the 'Most Haunted' team, Glen talked to us about what he thinks is going on at the haunted locations he's visited. He said, "I believe that the activity that I've experienced over the years is a hundred percent genuine, I just don't know what's causing it. Now for a lot of people think it's caused by dead people, but for me that's the least likely."
Glen confessed that he doesn't know what is going on, but he'd like to. He explained, "I would love to know what the answers are and I think I'd find it quite comforting if it was the spirits of the dead, because it would be nice to know that the soul moves on, I think that's an exciting notion, but we've got no evidence to support that really."
Glen also talked about some of the activity the team experienced when they came to the museum, including a lift which gave the team a scare when it started malfunctioning for unknown reasons. This was however before Glen's time on the show. In fact, Glen had never investigated here before. He told us, "this is my first time I've ever been, so I'm just as excited to be here as you guys." 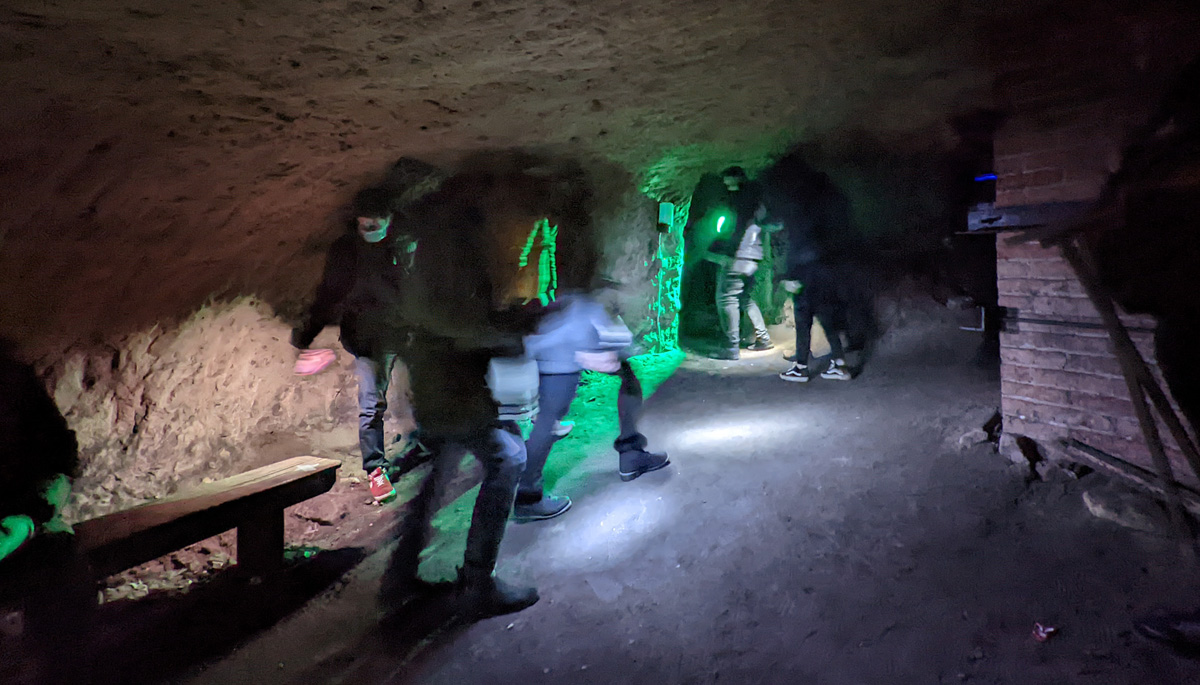 After being split in to two teams we headed out into the darkness. The team lead us down into the bowels of the building, which quickly goes from a grand courtroom building at street level, to a confusing network of man-made sandstone caves, subterranean cells and dungeons.
The great thing about attending this sort of event is that you get access to parts of the building you don't when you visit the attraction in the daytime. Our first vigil was held in one such area, the sandstone dungeon, an irregular shaped chamber that was pitch black, but much warmer than it was outside. The dungeon maintains a comfortable and constant temperature due to its distance below ground, making it a quiet and isolated room. Unfortunately, it remained quiet, as the spooks of the building failed to show themselves.
The building is said to play host to ghostly apparitions, poltergeist activity, disembodied voices, slamming doors and unexplained drops in temperature. We also took in the old punishment cells and the women's wing during the first half of our night, but we failed to experience any of these reported phenomenon. 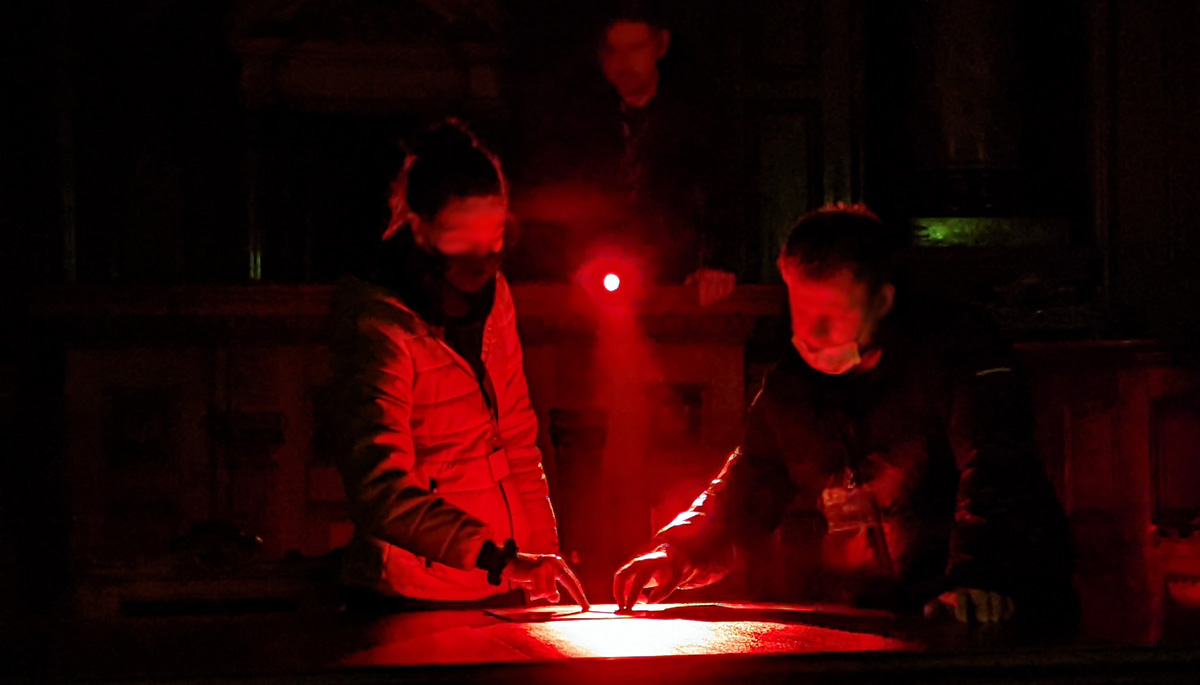 After warming up with a complimentary chicken Cup A Soup and a bread roll during the break halfway through the night, we headed back out, this time staying at street level in the grand courtrooms, of which there are two.
The courtrooms proved to be a little more active, in fact at times the activity was pretty impressive. What was nice about the night is that we didn't rely upon ghost hunting gadgets. Some guests chose to use the K-II meters, infrared temperature guns and even dowsing rods that were provided by the team, but at no point did these gadgets become the focus of the investigations.
As someone who's a little bit more skeptical than most on a ghost hunt, this is good for me. Remove the ghost hunting gadgets and what you're left with is real tangible phenomena. It came in the form of very loud knocks and bangs, each seemed to be clearly coming from parts of the room that were completely empty and with no obvious cause.
None of the sounds were particularly responsive to our efforts calling out and encouraging spirits to interact. I wouldn't say anything happened on demand or on cue, but sitting patiently and waiting paid off on this event, as the sounds I heard were unexplainable... at least without any further investigation. Throughout the night Glen joined us in several locations and got stuck in expertly helping us call out.
Thanks to Glen and all the MHE team for hosting us, and for all the other guests for being good sports and making it such a fun night.
If you'd like to book your own ghost hunt with Most Haunted Experience at the National Justice Museum, you can find more information at mosthauntedexperience.com.
Tags:
ghost huntsmost hauntedmost haunted experienceparanormalgalleries of justice