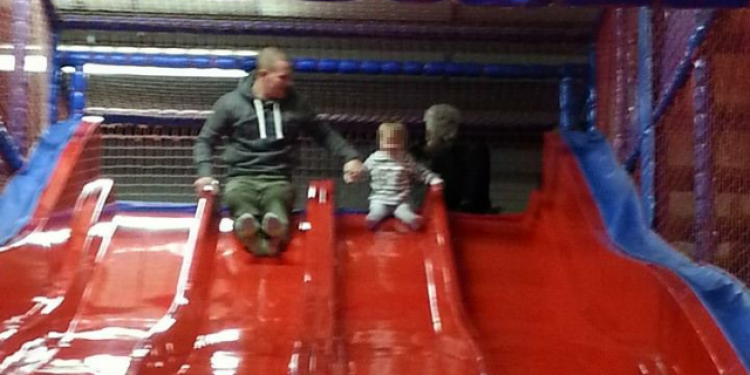 A strange photo which appears to show an eerie figure watching a young child and her dad playing in an indoor play centre has people wondering if it could be proof of the paranormal.
The photo was taken in an soft play centre in Thetford, Norfolk. It shows a father and his young daughter enjoying the slide. But when reviewing the photo later, the odd creature was spotted in the background at the top of the slide.
What makes the smartphone picture even creepier is that the creature seems to be watching the father and child as they play. 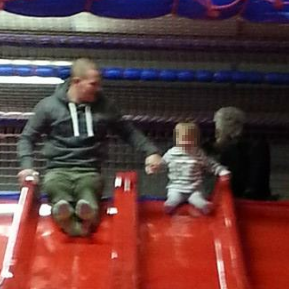 The weird photo has left the photographer wondering exactly what has been captured in the picture. The figure has been described by most who have seen it as looking non-human in nature, leaving them to speculate whether the snap could show a ghost, or perhaps even an alien visitor.
The figure, seen hunched over wearing black at the top of the slide, has a grey, featureless face. It is reminiscent of the Ood, an alien race which regularly features in 'Doctor Who'. 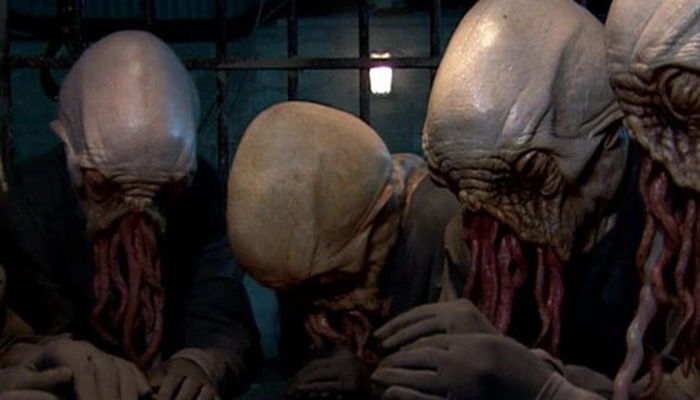 According to the father's friend, who's been trying to solve the mystery of the grey being, there wasn't anything in the play centre which could have resulted in the appearance of the strange figure. He said, "there was nothing in the background, as another photo was taken moments after with no figure there."
So far there has been plenty of speculation and loads of suggestions of what this spooky being could be, but as yet, no one has offered a satisfactory explanation of what is going on in the photograph.
If you have an idea of what this strange creature is, then let us know in the comments section below.
Tags:
paranormalghoststopicalnorfolk