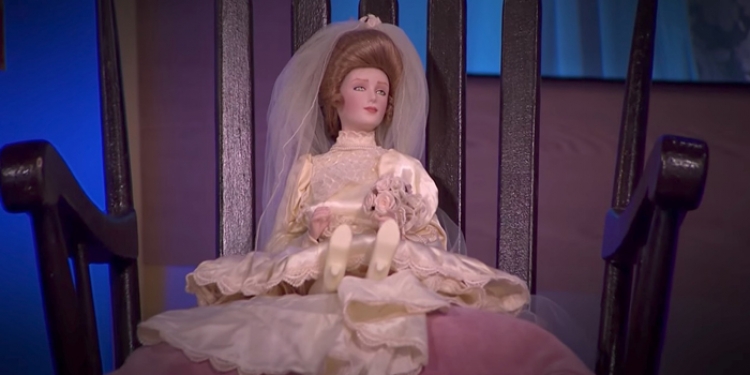 Photo: youtube.com
For the first time ever, a museum of haunted items will be visiting Wales as part of the 2019 Fear Con event, hosted by paranormal group Fearless Afterlife Encounters.
It is the first time the collection has ever visited Wales. The creepy artefacts, which belong to Lee Steer, include an allegedly haunted bridal doll, which was made famous by its appearance on ITV's 'This Morning'.
Lee, a skeptical investigator and founder of Ghosts Of Britain, is one of the speakers at the event and his Haunted Objects Museum will be on display for attendees of the exhibition, which will be held at Penrhiwceiber Hall near Aberdare in South Wales on Saturday, September 21 from 10am until 8pm.
The Victorian-style doll first gain notoriety when morning television presenters Eamonn Holmes and Ruth Langsford were spooked by the toy, which has been called "the world's most famous haunted doll", although personally I think I'd give Annabelle that title. She caused quite a stir when she was on the show, when the rocking chair she was perched in started moving on its own.
Lee won the doll in an online auction, paying £866 for the eerie bridal doll. After the doll arrived in his house, Lee started experiencing odd things, such as a picture frame moving on his wall. He also claims his father was mysteriously scratched by the doll.
The visiting collection also includes an allegedly haunted painting called 'Love Letters', a portrait of a US senator's daughter, who died after falling down some steps. Another painting, a self portrait, 'The Hands Resist Them' will also feature. Some have claimed to see the hands in the painting move and others have reported feeling sick when in its presence.
A third painting, described as being "twisted and disturbed," known as the 'Sinister painting' will also be displayed at the event. The work depicts a fire with a skeleton either side of it. It was commissioned to be in the 2014 horror movie 'Finders Keepers', but the cast and crew insisted it was not used.
The event will also feature an array of lectures, paranormal experiments, mediumship and ghost hunting kit demonstrations. On the bill is paranormal investigator, Barri Ghai, who's best known as the lead investigator in UKTV's 'Help! My House Is Haunted' last year. He also won the silver award for Best Male Ghost Hunter in the 2018 Paranormal Entertainment Awards.
Attendees should also lookout for talks from Graham Smyth, a paranormal investigator and expert in supergeometric theory, who promotes rational thinking in the paranormal world. There will also be lectures from Spectre Ghost Seekers, Dutch paranormal researcher Gert J Brouwer, and psychic mediums Darren Higgins and Charlotte Underwood, who will be offering free five minute one-to-one readings. As well as transfiguaration medium, Gary Fields. 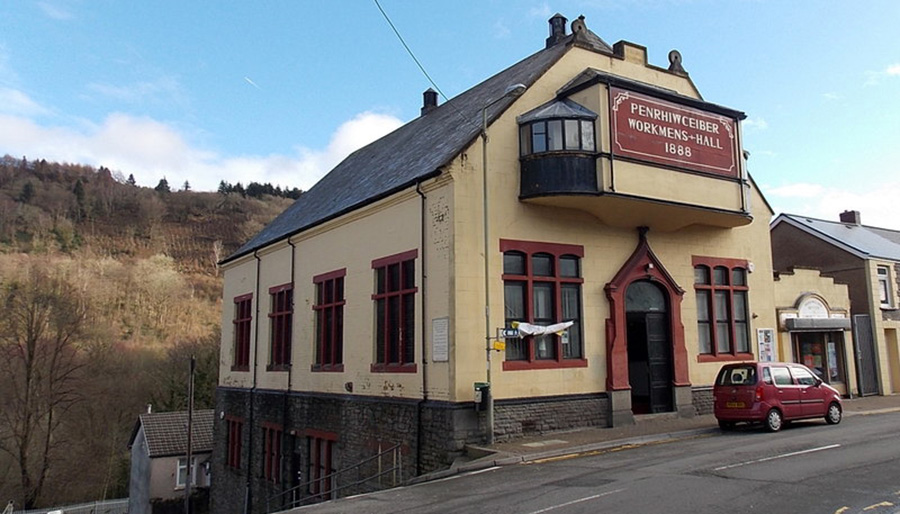 Photo: © Jaggery
Even the hall where the event takes place is said to be haunted and throughout the day mini investigations and evening vigils will be taking place. Paranormal teams claim to  have encountered plenty of activity there and the building's staff have been unable to explain some of the strange goings on.
The paranormal activity at Penrhiwceiber Hall, which was built in 1888, includes clothes being tugged, odd smells, and unexplained knocks and bangs. Throughout its life the building has had many different uses, including being used as the Penrhiwceiber Miners' Institute up until 1993. The refurbishment retained most of the historic fabric and added an office to the side in place of a shed.
Find out more about Fear Con 2019 on Facebook.
Add A Comment
Tags:
paranormalwalesthis morning