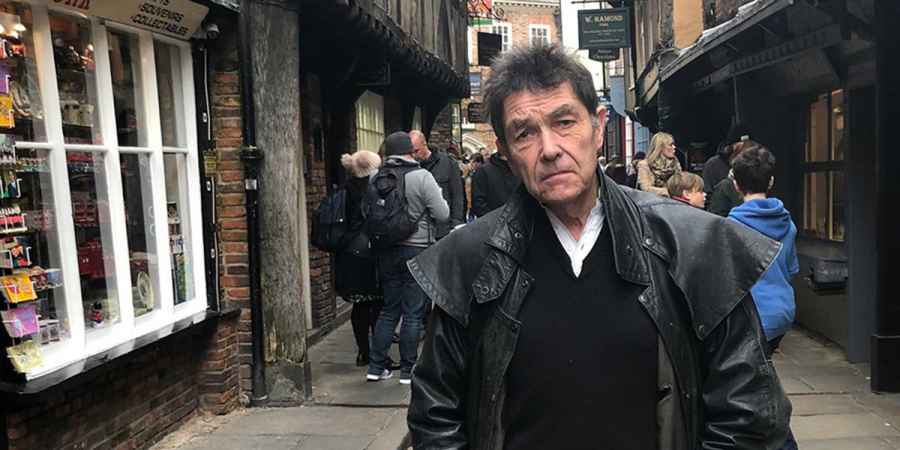 Normally associated with Derbyshire, Richard Felix is coming to West Yorkshire this December to host a one-off night of ghost stories in aid of charity.
Richard, who hosts regular ghost walks in his home town of Derby, is without a doubt one of the best storytellers in the paranormal world. He's best known for his role as the paranormal historian in the earlier series of 'Most Haunted' - appearing in over 120 episodes.
Richard will be heading to Leeds on December 12 to host Ghost Stories At Christmas, an intimate event which hopes to raise money for the Teenage Cancer Trust.
Richard's passion for the paranormal dates back way before his first television appearance and continues to this day, and the paranormal historian will be sharing some of his most chilling experiences from his ghostly career with an audience of just 60 people at Moor Allerton Sports And Social Centre.
The event was organise by Veritas Paranormal UK, a strictly-not-for-profit events company run by Rob and Ann-Marie Pyke. Since launching in 2019 they've raised thousands of pounds for good causes including Mind and the South Yorkshire Community Foundation with the help of their events' guests.
Rob told Leeds Live, "Richard will speak about his encounters and experiences over the years." Rob says that Richard's knowledge on the paranormal "holds no bounds". He has a vast knowledge and expertise of ghost stories, local legends and myths from all over the country
According to Rob, Richard will explain "some compelling theories, and the audience will get to understand what a ghost really is." A mystery Richard has attempted to understand as the author of 'What Is A Ghost?'.
Richard is still very much an active member of the paranormal community. He currently owns the historic and very haunted Derby Gaol, the scene of the last execution in England in which the condemned was hung, drawn and quartered. Since 1997 Richard has been running the goal as a working museum which is open to the public. The paranormal historian worked hard to restore the location to mirror its original state as closely as possible, after it had been through many incarnations prior to Richard's tenure, including at one time a nightclub.
If you want more paranormal entertainment from Richard, then have a listen to his Ghost Tour of Great Britain podcast series, in which he shares ghost stories from some of the most haunted places in the world. He also shares his insight on haunted graveyards in Britain, plus the most haunted castles, and attempts to answer the question of whether pets can see ghosts.
Ghost Stories At Christmas With Richard Felix takes place at 6pm on Sunday December 12, 2021 at the Moor Allerton Sports and Social Centre in Lees. Tickets are available to order now and cost £20 with all proceeds going to the Teenage Cancer Trust.
You can find out more about the work Veritas Paranormal do through their events on their official website, veritasparanormaluk.com or follow Veritas on Facebook to keep up to date with future events.
Tags:
paranormaltopicalchristmas