He's Back This October: Watch The Trailer For 'Halloween Kills' 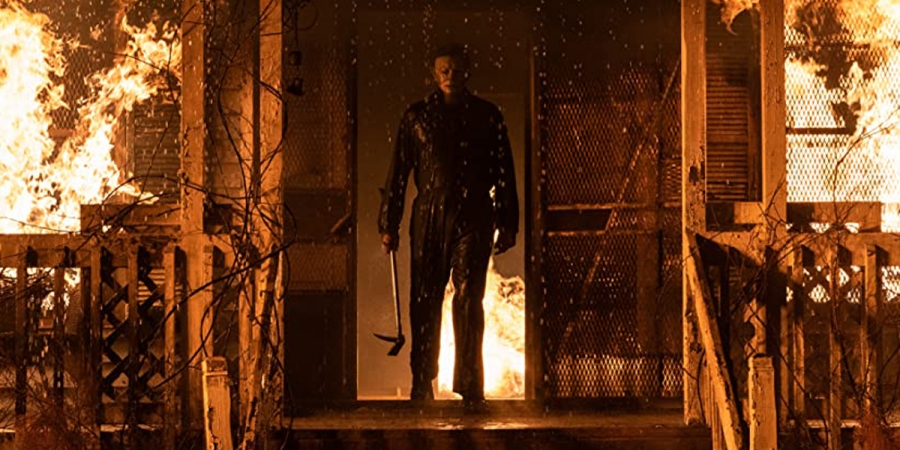 Jamie Lee Curtis reprises her role as Laurie Strode for a sixth time in the upcoming new thrilling chapter of the rebooted 'Halloween' series, which sees the saga of Michael Myers and Laurie Strode continue.
Watch the official trailer for 'Halloween Kills', the first of two sequels to the 2018 horror, 'Halloween'. The new instalment is due for release on October 15, with the finale, 'Halloween Ends' expected exactly a year later.
The 2018 movie ended as Laurie, her daughter Karen (Judy Greer) and granddaughter Allyson (Andi Matichak) left Myers burning in Laurie's basement, but the trailer seems to pick up moments later with Laurie being rushed to the hospital with injuries sustained during the final showdown in her home, which lead to her believing she'd finally killed the masked monster.
But Laurie is unaware that firefighters have taken it upon themselves to rescue Myers from the blaze, unaware of how dangerous he is. A mistake that costs them their lives and will surely result in the loss of even more lives unless the Strode women can come together to stop him once and for all.
The movie, directed by David Gordon Green, also sees Kyle Richards reprise her role as Lindsey Wallace. Nick Castle will also return for both sequels for some scenes as the infamous serial killer, Michael Myers, with James Jude Courtney again playing Myers for the majority of the films.
Original cast members, Jamie Lee and Kyle, will be joined by Charles Cyphers, Nancy Stephens, and Nick Castle, who were all in the original 1979 'Halloween'. Nancy plays Marion Chambers in 'Halloween', as well as 'Halloween II' and 'Halloween H20'.
The characters Tommy Doyle and Lonnie Elam, last seen in the 1979 film, also return for this version, this time played by Anthony Michael Hall and Robert Longstreet.
The details of the movie are currently being kept under wraps, including the plot, but Green recently described 'Halloween Kills' as being "very aggressive" and "more efficient."
Tags:
horrormovieshalloweentopical