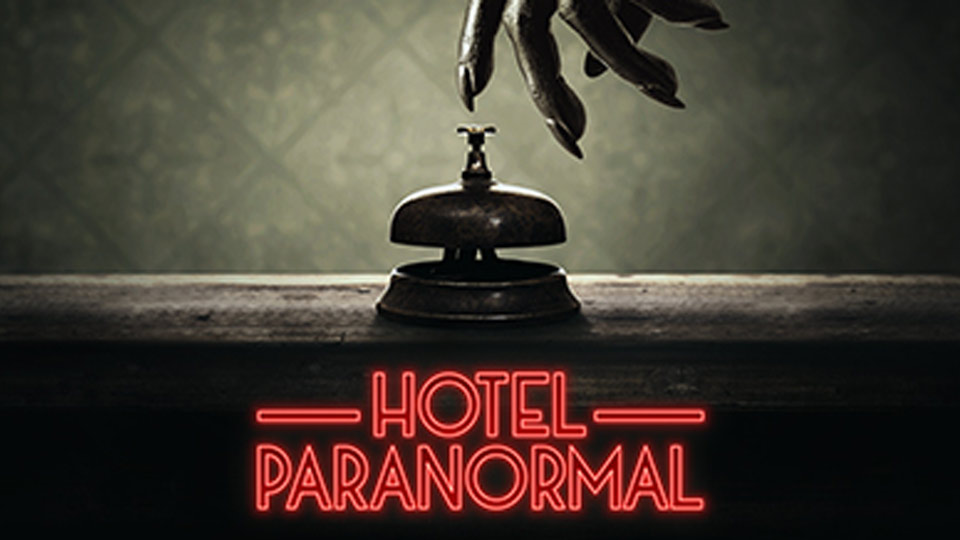 'Ghostbusters' star Dan Aykroyd ventures into the real world of ghosts and hauntings as the narrator of the Really channel's latest paranormal series.
'Hotel Paranormal' premieres on the UK free-to-air channel on September 23 at 10pm, airing each Thursday night as part of the network's #Freakend event, which brings viewers two nights of paranormal entertainment every Thursday and Friday.
The channel is available on Sky 142, Virgin 128, BT 17, Freeview 17, Freesat 160, but the whole series is also available to watch in full now for subscribers of Discovery+.
The series follows the terrifying true stories of those who have come face-to-face with otherworldly hotel guests and things that go bump in guest houses at night.
A perfect fit for Aykroyd who has always been very interested in the paranormal and well-read on the subject, coming from along family line of believers and paranormal researchers.
The acclaimed writer, actor, musician and filmmaker narrates each hour-lone episode featuring spine-tingling stories of paranormal encounters told from stays at grand hotels, highway motels and inns around the world.
As well as providing rest and comfort to many guests, these buildings also house paranormal activity in every imaginable form - from objects flying across rooms to ancient spirits trapped in lobbies, to demonic guests.
Each of the ten episodes will bring to life terrifying encounters with dramatic re-creations and paranormal expert insights.
"As a longtime believer in ghosts, I think the incredible encounters we're highlighting on 'Hotel Paranormal' will open up a lot of minds and hopefully break through some of the skepticism people carry about the paranormal," said Aykroyd. "I'm excited to lend my voice to help bring viewers across the United States, these gripping real-life ghost stories, many of which take place in their own backyards."
In the first episode, a travelling salesman checks into a motel where he documents poltergeist activity with his cell phone. Fleeing into the night, he becomes possessed by the spirit of a murderer and in need of an exorcism. While on a school trip to the Vatican, a teenager and his friends accidentally set free an ancient evil and suffer the consequences. Then, a journalist is hunting down a story in Connecticut when she checks into a historic New England inn and fights off a supernatural attack. These guests have all become prey to a paranormal predator.

Episode 1: Paranormal Predator
A traveling salesman is possessed by the spirit of a murderer at a motel, teenagers unleash an ancient evil at a European hostel and a journalist fights for her life against a supernatural assailant at a quaint New England inn.
Episode 2: A Dark History
Supernatural events compel a hotel owner to dig up buried secrets, a chef is terrorized by a ghostly lady in red and a young boy is menaced by a dark apparition at a luxury hotel.
Episode 3: Paranormal Target
A security guard chases down a mysterious intruder at an isolated luxury hotel, an otherworldly creature follows two hikers back to their hotel room and a widow is accosted by a demonic entity at a small town bed-and-breakfast.
Episode 4: Territorial Spirits
Renovations stir the ire of spirits at an infamous Arizona hotel, a porter is attacked by the ghost of a murderous pirate and a woman has a close encounter with a dead teenager at a historic inn.
Episode 5: When Ghosts Attach
A skeptic becomes a believer after a spectral bride appears on a hotel balcony, ghostly orphans attack a father and daughter in New Orleans and a man fights off the spirit of a serial killer at a roadside motel.
Episode 6: Haunted by Many
A cocktail waitress is attacked by malicious entities at a hotel bar and a bed-and-breakfast owner fights off a succubus while renovating a former brothel.
Episode 7: Confined Spirits
A romantic getaway becomes a night of terror, shadowy apparitions terrorize a front-desk clerk during the night shift and a security guard is accosted in a haunted bathroom at a glitzy California hotel.
Episode 8: The Witching Hour
A malicious presence attacks a bed-and-breakfast owner in the middle of the night, a couple awakens to a spirit shaking their bed and a woman gets a bizarre phone call at a seedy motel.
Episode 9: Dark Secrets
A hotel owner fights to save an entity from dark forces haunting the property and a woman longing for luxury in a four-star spa is confronted by a ghostly maid.
Episode 10: Evil Residents
A security guard encounters a well-dressed spirit at an upscale California hotel, an invisible attacker leaves scratches on a woman and a young girl watches a shadow man emerge from the walls of her hotel suite.
Tags:
televisionparanormaltopicalghostbusters