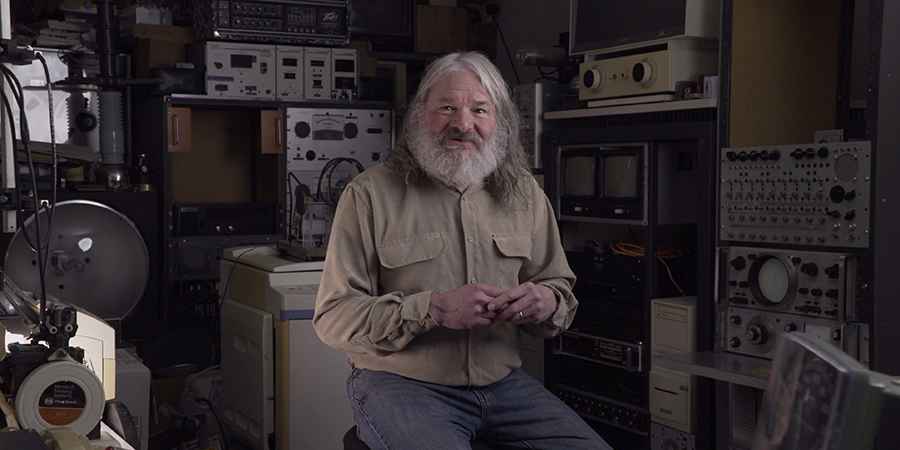 'John Was Trying To Contact Aliens' drops on Netflix on August 20 and charts the rise and fall of one man's solo mission to make contact with alien civilisations by transmitting messages into space for more than 30 years.
Growing up in rural Michigan, John Shepherd was a fan of classic science fiction shows like 'The Outer Limits' and 'Twilight Zone'.
In 1972, at the age of 21, his love of sci-fi and the memory of a UFO sighting he'd had when he was younger inspired him to put his interest in the designing and building of large scale pieces of electronic equipment to use. John launched his own search for extraterrestrial intelligence.
Encouraged by his grandparents, the self-taught electronics engineer founded Project STRAT (Special Telemetry Research and Tracking), eventually converting their house into what John described as "a mix between a high-voltage accelerator laboratory and a radio station". His aim was to obtain hard scientific evidence of the existence of alien lifeforms.
This was the start of a 30-year effort to make contact with extraterrestrial life by transmitting music and cultural programmes to the stars in the hopes that he would get a reply. His home-built lab had the ability to monitor returning alien signals and even track the activity of nearby UFOs.
The centrepiece of John's lab was a two-storey-high 60,000 volt deep space radio transmitter that was capable of blasting his music programme's signal into deep space, which he hoped would attract the attention of any extraterrestrial intelligences that may be passing by Earth.
For the next 25 years John broadcast his daily radio shows into space on a low-frequency band, playing a wide variety of world music. Everything from jazz to electronic.
Sadly, John's calls remained unanswered and in 1998 he was forced to cease his daily broadcasts due to a lack of funding. His equipment was dismantled and moved to a less expensive location, where the project was slowly wound down over the next few years, but that's not the end of the story.
John, who was described by some as "a modern-day Thomas Edison", endured a lonely personal life, but Netflix teases that the film opens up into a broader story about the human need for connection. So, although the one-man SETI project failed to connect John to signs of an alien civilisation, he makes a different connection here on Earth.
'John Was Trying To Contact Aliens' premiered at the Sundance Film Festival 2020, where the documentary was named the winner of the 'Short Film Jury Award: Non-Fiction', as well as picking up a nomination in the 'Short Film Grand Jury Prize - Best Short Film' category.
The Netflix original documentary is directed by British filmmaker Matthew Killip, a graduate of the National Film and Television School.
Tags:
ufosnetflixtopical