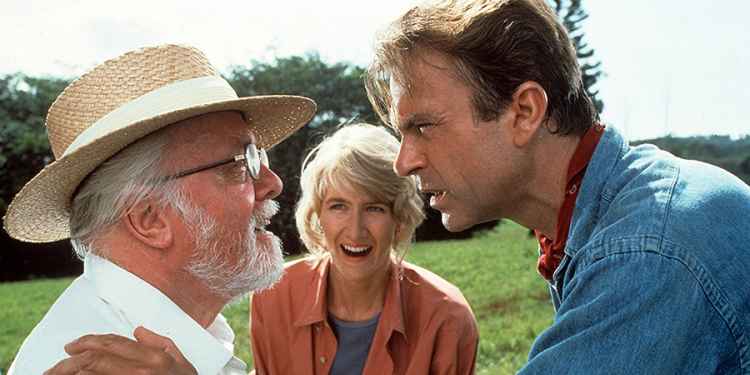 If you're not feeling old already, you will be when you realise that the iconic movie, 'Jurassic Park' is 25 years old this month.
'Jurassic Park' was a landmark movie with special effects the likes of which had never been seen before, an incredible score composed by the incredibly talented John Williams, plus all your favourite dinosaurs. And, who doesn't look a dinosaur? The whole thing is wrapped up as a family-friendly classic by director Steven Spielberg.
Since the movie wowed cinema goers for the first time in 1993, the JP franchise has gained cult status. It spawned to, not so good sequels, 'The Lost World' (1997) and 'Jurassic Park III' (2001), and lives on today under the rebooted title, 'Jurassic World'.
If you're anything like me, you've probably watched 'Jurassic Park' hundreds of times over the last two and a half decades, but how much do you really know about the movie? Test your knowledge with this super-hard trivia quiz that even the biggest JP geek will find challenging.

1. The caption at the beginning of the movie tells us that Isla Nublar is situated 120 miles west of which location?

2. Where is the amber mine that lawyer, Donald Gennaro, visits at the start of the movie?

3. What is the main colour of the helicopter that John Hammond arrives at Alan Grant and Ellie Sattler's dig in?

4. When asking Grant and Sattler to visit his park, where does John Hammond tell them he's got a jet standing by? 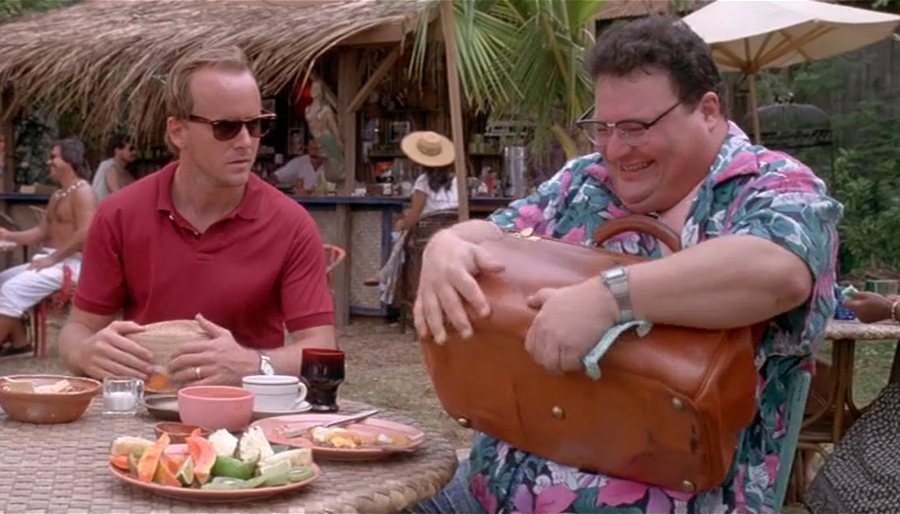 5. How much does Lewis Dodgson promise to pay Dennis Nedry for each viable embryo he steals from the island?

6. The team at the park clocked the t-rex moving at what speed, according to Hammond?

7. What meal has the Jurassic Park chef prepared for Hammond's guests before they venture out into the park?

8. Jurassic Park's warden, Robert Muldoon, warns the park's visitor that velociraptors are lethal from what age?

9. Hammond tells his guest that he's spared no expense by hiring which American actor as the voice of the tour? 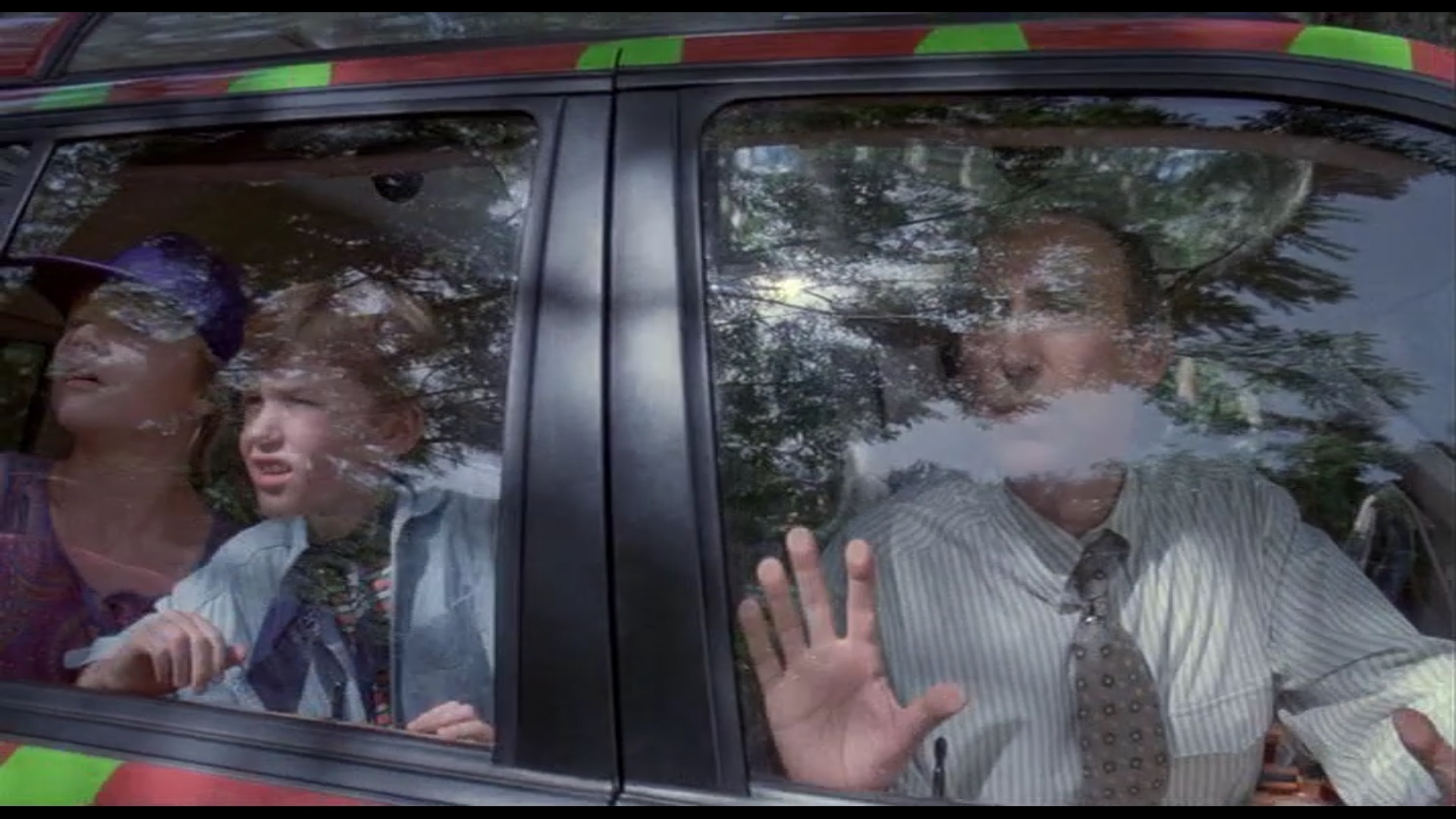 10. What is the first dinosaur enclosure that the park's guest encounter on the tour, although there are none to be seen?

11. According to the warning sign on the tyrannosaurus paddock, how many volts run through the electric fence?

12. Which of the characters in the movie is the first to jump out of the moving vehicle while on the park tour?

13. What toxic plant does Dr. Sattler suspect that the poorly triceratops might have eaten the berries of that's made it ill?

14. After Nedry executes his programme to give him the opportunity to steal the embryos, which of the park's systems is the first to shut down? 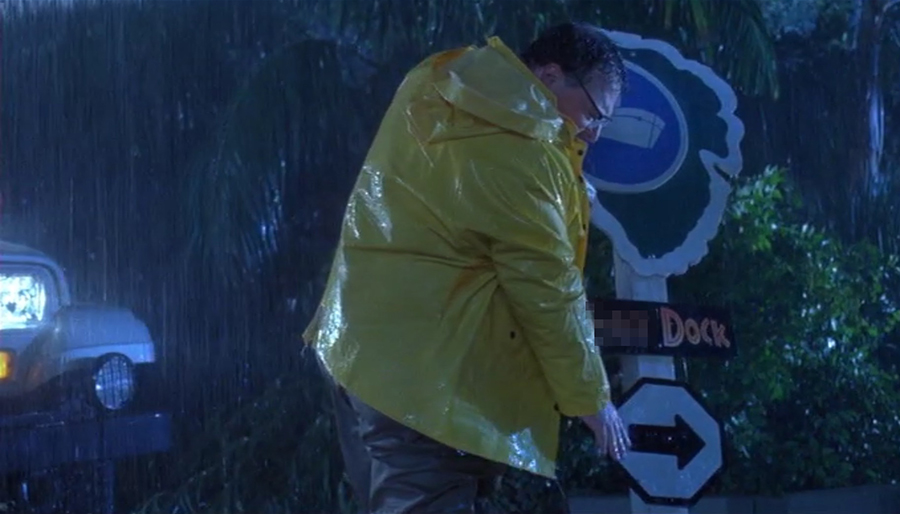 15. After stealing the embryos, which of the islands docks does Nedry try to get to in order to get a boat to the mainland?

16. What type of vehicle is used on the tours of Jurassic Park?

17. During his attempted escape from the island, what does Nedry throw to try and encourage the dilophosaurus to move away from him?

18. When Muldoon and Ellie first go to try to find those stranded on the tour, what powers the Jeep they ride in?

19. Alan Grant tries to imitate the singing of which dinosaur from a tree? 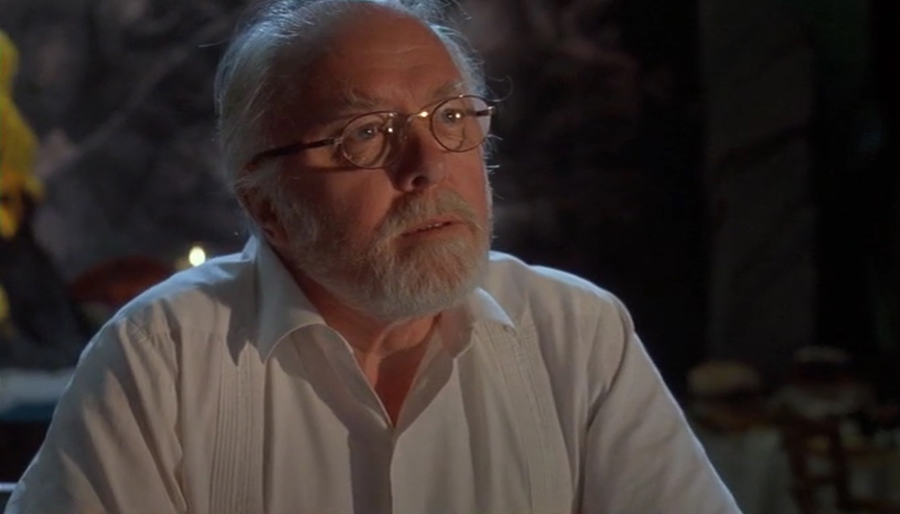 20. What was the first attraction that John Hammond ever built?

21. Ray Arnold informs Sattler that the dinosaurs on the island have a generically in-built deficiency of which amino acid?

22. A herd of which dinosaurs flock towards Alan Grant and the kids as they make their way back to the visitor centre?

23. What colour is the "push to close" button that Hammond instructs Ellie to press as she attempts to restore the power to the park?

24. What is the last of the park's power system on the circuit breaker that Ellie switches on?

25. What colour is the jelly that Lex eats upon safely returning to the visitor centre?