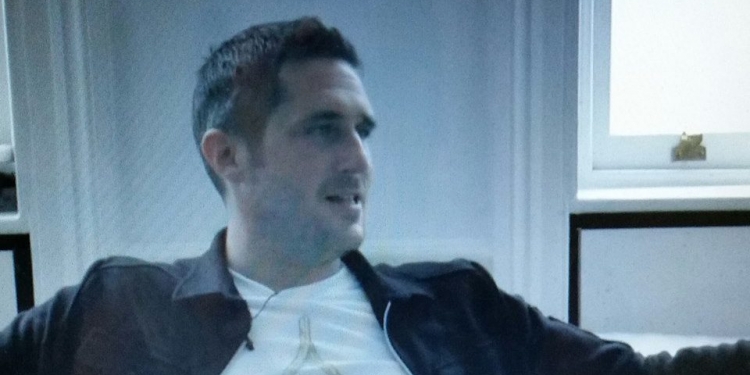 In 2016, Max Spiers, a conspiracy theorist from Canterbury in the UK died under mysterious circumstances while in Warsaw. Text messages sent before his death to family suggested that the 39-year-old, UFO expert and paranormal investigator's life was being threatened to prevent him from exposing his findings.
According to Polish authorities, Max died from natural causes on a friend's sofa in Warsaw, but his friend claims he died vomiting a mysterious black liquid just days after messaging family back in the UK saying he feared for his life.
His mother stated that she had been concerned about his mental health prior to his death, and that she believed he had "gotten involved with the wrong crowd." A final video taken of Spiers before his death revealed what his mother interpreted as signs of substance intoxication, having seen him in a similar state in the past.
After an inquest was launch by British authorities a coroner finally stated that the cause of death was intoxication by drugs combined with pneumonia on 7th January, 2019. The coroner also criticised Polish police officers, calling them "wholly incompetent" in their investigation of Spier's death.
The three-day inquest carried out in Kent, found that Spiers had died after taking several tablets of a Turkish form of the drug Xanax while suffering from pneumonia. This caused him to stop breathing, as attempts were made to resuscitate him he vomited "gastric fluids," which was described in reports at the time as a "mysterious black liquid". Deadly levels of the opioid, oxycodone, were also found in his system.
However, the most shocking finding revealed by assistant coroner Christopher Sutton-Mattocks, was how the authorities in Poland failed to examine Max's body at the time of death and failed to launch a proper investigation. Authorities attending the scene put Spiers' death down to being "due to natural causes".
Before his death, it's believed that he was about to lift the lid on dark magical practices and name some of the politicians, corporate executives, military heads, intelligence chiefs, international bankers and influential celebrities involved. It's not clear who Max intended to name when he revealed his findings or the exact details of the black magic ring he was about to expose.
His mother told British media at the time that Max "had been digging in some dark places and I fear that somebody wanted him dead." Exactly what Max was researching remains unknown as when his laptop and phone was returned to his family from Poland all data had been completely wiped.
Add A Comment
Tags:
conspiraciestopical

Will We Ever Get To See Inside Area 51?