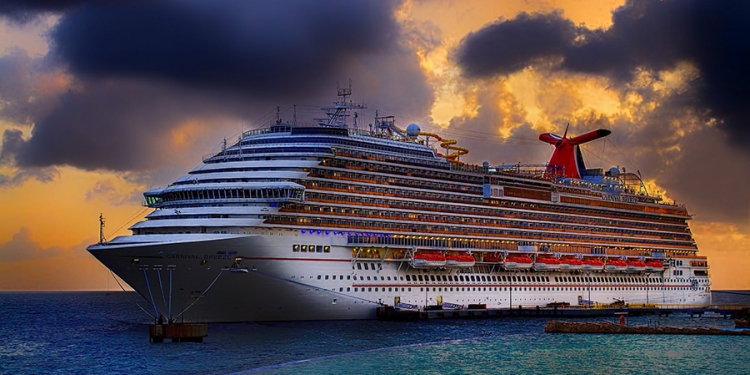 Photo: pixabay.com
If you fancy spending a few days at sea with some of the most backwards people in the world, then you need to get a ticket and embark on a group of Flat Earthers' biggest, boldest, best adventure yet when they set sail around the world in 2020.
As part of the Flat Earth International Conference the believers are planning a round the world cruise, which promises to bring together like-minded people to enjoy all the lavishness you'd expect on a luxury cruise ship.
Presumably as well as spending a few days in the lap of luxury, the cruise will aim to prove the Earth is a flat disc as the group's members believe. Perhaps they'll set off from the west coast of America on a heading due west to see if they'll eventually hit the impenetrable ice wall, which many flat earthers believe encircle the world. Of course as we know they'll actually end up in Asia.
One problem the organiser might face is actually charting their course and finding a crew to navigate the ship. The problem is that all ships are navigated using nautical maps based on a spherical globe and using GPS, which is a spherical network of global positioning satellites in orbit around the planet.
The other issue is, when the ship ends up in Asia and not at the foot of an ice wall, the flat earthers won't accept defeat. They'll simply fallback to their usual argument that the captain of the ship is in on it and has purposely taken them off course.
The group could try to find a team who share their beliefs that the Earth is flat to crew the ship along their course, but it's unlikely they'd find anyone up to the job. Henk Keijer, a former cruise ship captain, to the Guardian "I have sailed two million miles, give or take. I have not encountered one sea captain who believes the Earth is flat."
Tags:
flat earthtopicalconspiracies