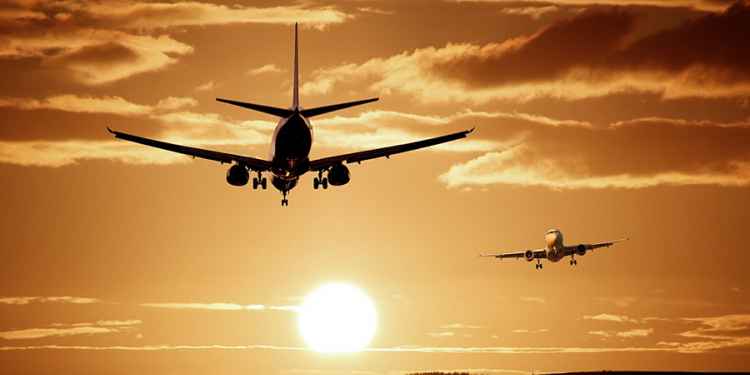 Photo: pixabay.com
If you've debated whether the Earth is flat or a globe with a flat earther, then you'll know how frustrating it can be. Believers in the flat Earth theory tend to discredit any evidence you give them. They'll claim it's false information, which has been fed to the public to hide the truth.
Not being able to agree on the fundamental rules upon which a debate can take place makes it very hard to prove to a flat earther what we've actually already known for years, that the Earth is round.
If you tell a believer that the world must be round because the Sun comes over the horizon, they'll counter that with the claim that the Sun is actually just moving towards you from its vanishing point, which appears to be on the horizon. They'll tell you the Sun in fact moved in a circular orbit above our stationary disc-like planet.
Flat earthers aren't totally ignorant to all science, they just tend to pick and chose the evidence which supports the flat Earth model and pass the rest off as being fabricated by world governments and NASA.
One thing flat earthers believe upon is that the Sun's position in relation to the surface of the planet varies throughout the year. This of course gives us our varying seasons. When the Sun is closer to the Northern Hemisphere, temperatures are hotter. This is summertime, meanwhile in the Southern Hemisphere it will be winter.
If you're in the majority and believe the Earth is spherical, then you might be wondering how the Sun's distance from Earth can vary if it's simply orbiting in a big circle over a flat Earth. Well, flat earthers have an explanation for that. Throughout the course of the year, the Sun moves between the Tropic Of Capricorn and Tropic Of Cancer, this is how seasons work in the flat Earth model.
So, this gives us two differing models of how the sun moves across the sky and one of these models is fundamental to your belief, whether you believe the Earth is round or not. Furthermore, these models are agreed upon and taken as fact in their respective camps.
A YouTuber by the name of Jerry Williams realised that in order to win an argument with a flat earther, you need to find common ground in the form of evidence that you both believe in and then use this evidence to prove that the Earth is round.
On his channel GreaterSapien, Jerry said that the Sun's path through the sky over the course of a day is the key to proving that the Earth isn't flat.
Although there are two differing models which both claim to explain how the Sun moves through the sky, the results is the same... from the ground the Sun moves from East to West of the course of the day at a consistent speed.
So, whether you believe that the Earth is spinning or that the Sun is moving in a circle over a stationary planet, the result is the same, the Sun moves across the sky. It takes exactly one day to complete its journey, which is obviously 24 hours.
Throughout the day the Sun travels 360 degrees around the planet, either in a large circular motion or as a result of the planet spinning 360 degrees, depending on which of the models you believe.
We all agree that the motion of the Sun through the sky is consistent. So, if the Sun passes through 360 degrees in a day, then each hour it passes through 15 degrees, because 360 divided by 24 equals 15. This is the one fact that is agreed upon by both sides of the argument. The Sun's position in the sky consistently changes by 15 degrees every hour.
It's how a sundial works no matter where it is placed on the surface of the Earth, because the Sun always moves 15 degrees through the sky each hour, the shadow of the hand on the sundial will always point to the correct hour. Again, this is agreed upon by flat earthers. They claim that their model of the moving Sun explains why the shadow always points to the correct time, but those who believe the Earth is round think sundials keep their time due to the consistent rotation of the Earth. 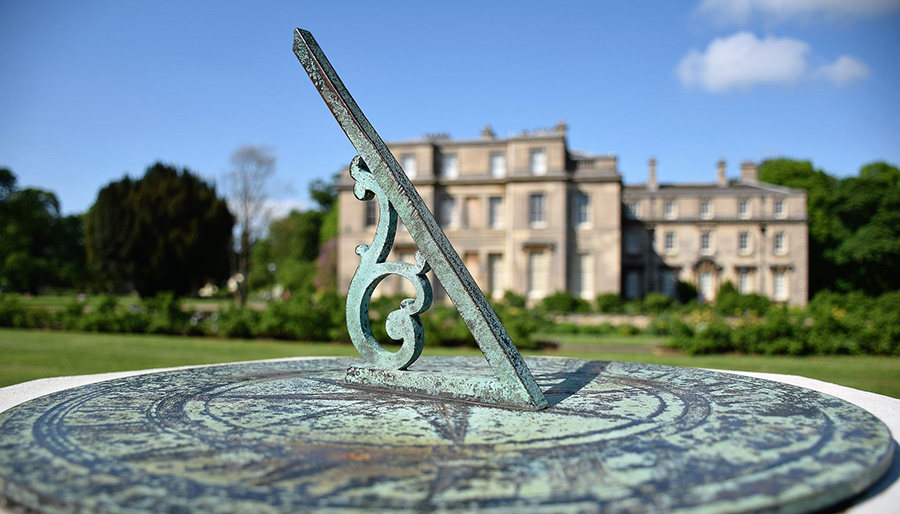 Photo: pixabay.com
Now, once you've reenforced this shared knowledge that the Sun can be observed moving through the sky at 15 degrees an hour every single day and that sundials work because of this consistent movement, it's now time to use this evidence and shared knowledge against them.
If the Earth is indeed round and spinning at a fixed rate of 360 degrees of rotation per day, then this works. It gives us our 15 degree movement per hour no matter where you are stood on the planet because each point on Earth takes 24 hours to do a complete rotation. So, the 15 degrees observation works with a spinning planet. 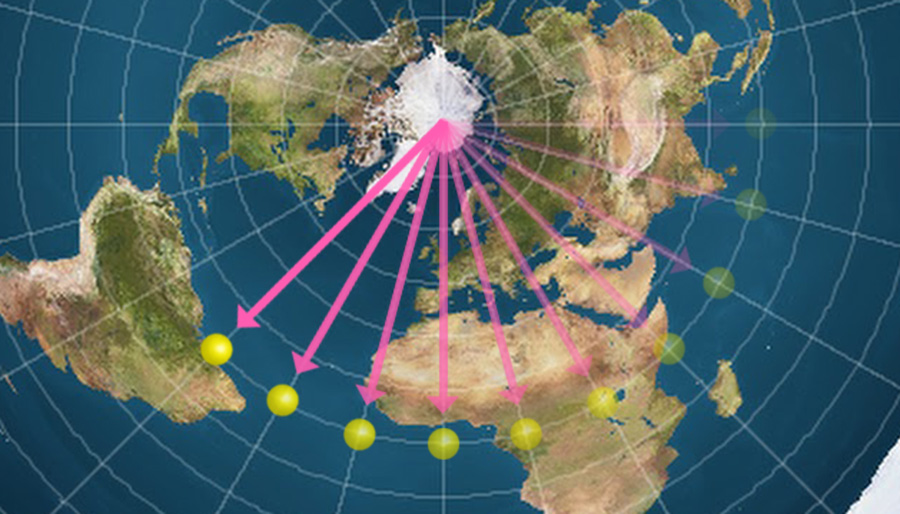 What about if the Earth is flat and it's the Sun that is moving? Well, as you can see in the above map, if you're stood in the very centre of the disc, the point which flat earthers believe is the North Pole, then it does work. The Sun would be moving in a huge circle around you, it would take 24 hours to complete a full 360 degrees.
But, what happens if you're not stood in the middle of the map, if you're stood nearer the path of the Sun? Let's look at how the Sun behaves in the sky if you were stood in Madagascar. As you can see in the diagram below, the Sun doesn't move at regular 15 degree intervals. 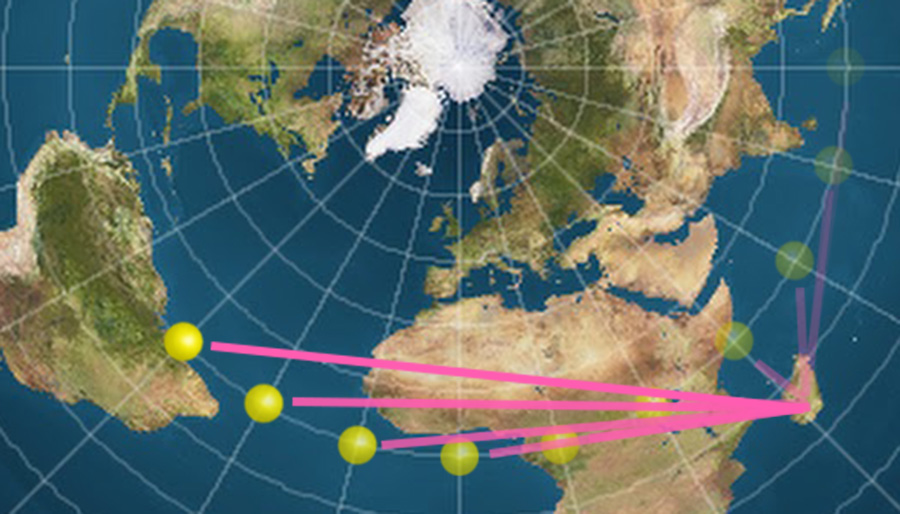 In fact, starting on the right-hand side, the diagram shows that between the first and second hours the Sun barely moves one degree, if this were the case a sundial wouldn't move for a whole hour. The next hour the diagram shows that the Sun only moves 10 degrees, but the following hour it moves a massive 52 degrees. This would result in the shadow on the sundial jumping forward three and a half hours in just one hour.
It gets even worse, after the Sun reaches its lowest point on the flat earth diagram, it then moves eight degrees back on itself. If you were observing this it would cause the Sun to double back on itself in the sky and time would go back around 30 minutes on a sundial.
As this problem occurs when using flat earthers' very own model of how they believe the Sun and the Earth interact, it shows that the model must be incorrect. This is confirmed further by the fact that the angles are consistent in the round Earth model and the sundial works correctly. Therefore, out of the two options, the one which is correct must be the spherical Earth model.
Tags:
flat earthtopical

How Does Earth's Atmosphere Not Get Sucked In To The Vacuum Of Space?

B.o.B Asks Fans To Help Him Prove The Earth Is Flat

Celebrities Who Believe The Earth Is Flat