This article is more than five years old and was last updated in September 2017.

We all know Professor Brian Cox has quite a head on his shoulders but you don't need to be a mega mind to comprehend the overwhelming evidence around us that the planet we live on is a sphere. Yet worryingly there is a growing number of people coming out in favour of the Earth being flat. 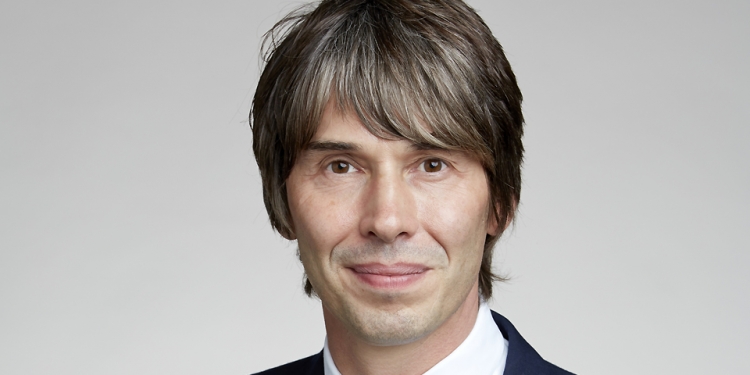 Photo: © Duncan Hull
Professor Cox spoke to IFLScience ahead of the North American release of his latest book, 'Universal: A Guide To The Cosmos,' co-written by Professor Jeff Forshaw.
During the interview he was asked about the rise in believers of the Flat Earth theory, the physicist said "I don't think you can change the opinion of people who are just ridiculous."
He went on to explain how flat earthers represent "the most ridiculous example of not thinking that you can possibly imagine," and while it seems the professor is keen not to waste his time trying to convince them of the undeniable truth, he does have a solution, "I think what you can do is just turn them into laughing stocks, which is I think my general approach to people."
"It's very difficult to argue with an idiot."
Professor Brian Cox
Professor Cox went on to say "it's very difficult to argue with an idiot. Particularly in a forum such as a chat show where you've got a limited amount of time. So my view is you have to sort of essentially show them up to be fools as quickly as possible. I think that's the only way you can proceed."
Living in an age where man has stood on the moon and looked back at planet Earth, where we've seen photos of the globe from orbit, you may think flat earthers are a thing of the past, but scarily it seems the deluded belief in a flat Earth is a growing trend.

Photo: trends.google.com
The graph above shows the number of Google searches relating to Flat Earth since the beginning of 2015, as you can see there is a steady growth in interest over this time.
The spikes on the graph show the points at which a celebrity has made a fool of themselves by outing themselves as a flat earther.
If you've ever had any doubts that the Earth is round, then these ten obvious facts should convince anyone even 1% as smart as Brian that our planet is in fact a sphere...
You can read the full interview with Professor Brian Cox over at IFLScience, in which he discusses climate change deniers, the anti-science movement and the biggest unanswered question in astronomy at the moment.

Universal: A Journey Through the Cosmos

We dare to imagine a time before the Big Bang, when the entire Universe was compressed into a space smaller than an atom. And now, as Brian Cox and Jeff Forshaw show, we can do more than imagine: we can understand. Over the centuries, the human urge to discover has unlocked an incredible amount of knowledge. What it reveals to us is breathtaking.

Universal takes us on an epic journey of scientific exploration and, in doing so, reveals how we can all understand some of the most fundamental questions about our Earth, Sun, Solar System and the star-filled galaxies beyond. Some of these questions - How big is our solar system? How fast is space expanding? - can be answered from your back garden; the answers to others - How big is the Universe? What is it made of? - draw on the astonishing information now being gathered by teams of astronomers operating at the frontiers of the known universe.

At the heart of all these questions - from the earliest attempts to quantify gravity, to our efforts to understand what dark matter is and what really happened at the birth of our universe - is the scientific process. Science reveals a deeper beauty, connects us to each other, to our world, and to our Universe; and, by understanding the groundbreaking work of others, reaches out into the unknown. What's more, as Universal shows us, if we dare to imagine, we can all do it.