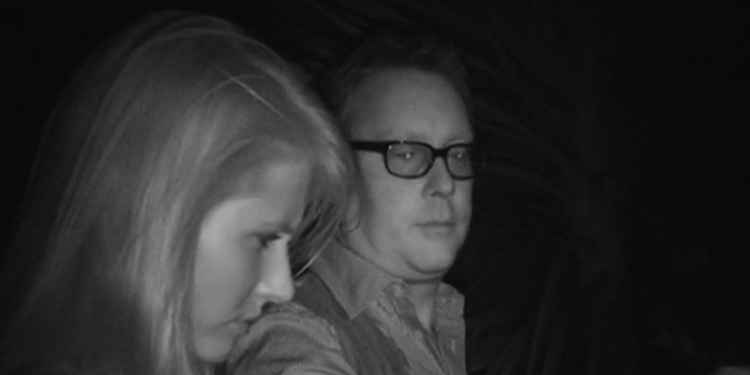 Comedian Vic Reeves and his wife Nancy Sorrell join Yvette Fielding and the Most Haunted team to investigate Belgrave Hall in Leicestershire. It is no laughing matter though, as during a séance Derek Acorah attacks crew member Stuart Torevell and John Dibley collapses.
Belgrave Hall was built by Edmond Cradock in 1709, as the yers went by the hall was passed to many different families, the most prominent were the Vanns and the Ellis family. Eventually the hall was sold ot the look council and is now a museum.
Visitor and staff have reported ghost sightings here on a regular basis. The hall has played host to many strange occurrences, including ghostly shapes, unexplained noises and strange images caught on CCTV cameras. It's said that an elderly gentleman fell to his death on the stairs, a Victorian lady has been spotted here too. In the music room, the ghost of a woman wearing white has been seen and heard, she's said to walk through the door and cross the landing.
The episode started with a quick chat with Vic and Nancy, who say they're big fans of he show. Vic says he always watches with boiled eggs, peas and pear drops laid out ready. Vic says he thinks he's seen a ghost, but isn't sure if he really believes.
When the show's psychic medium, Derek Acorah arrived, Yvette showed him around the hall with Vic, Nancy and the rest of the crew. Derek straight away picked up on the spirit of the old man who died on the stairs, claiming that it wasn't a natural death, apparently he was pushed. He also picked up on the essence of a little girl.
During the investigation, camera man Rick Fielding had to be taken out of the house for air. He said he felt very faint and had to get out. Moments later crew member Stuart ran in to say, "I've just been sat outside with Rick. Rick's on the bench," he paused to try to catch his breath, "I've just been sat on the bench with Rick, calming him down. There was a white figure gone across the side of the wall." So the team went to investigate.
The crew and special guests then gathered for a séance, but it ended pretty abruptly after Derek got possessed. He started making some very odd noises, to the point where the team around him were starting to get freaked out. Eventually Stuart got involved and tried to calm him down and Derek lashed out at Stuart, wrapping his hands around his neck. The team hand to prise his hands open and Derek then left for a rest.
The rest of the team continued the séance, including camera man John Dibley. John started breathing heavily and seemed to be being affected by something. The team started showing concern for John but after a few more minutes he suddenly and violently collapsed and had to be carried out of the building.
For reviews of all of the new episodes, plus highlights and evidence from the shows, and to find out when Most Haunted is on next, visit the Most Haunted episode guide.
Tags:
most hauntedparanormaltelevisiontopicalleicestershire