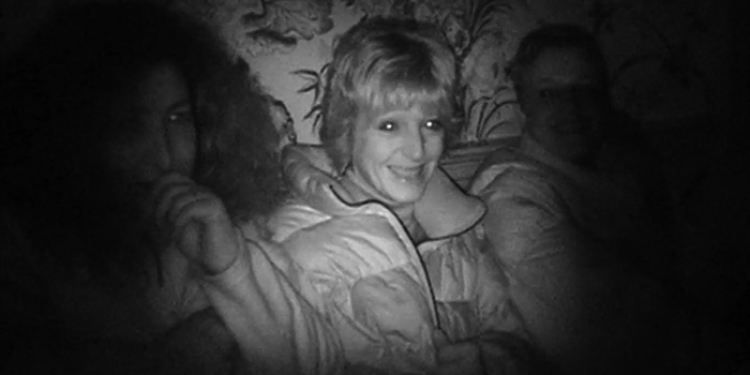 The episode starts with Yvette Fielding welcoming us to the spooky Culzean Castle, South Ayrshire, where her and her team hoped to find out if it is haunted. Yvette said, "there are many castles in Scotland that we could have chosen to spend 24 hours in, in the end, there was only one. Culzean Castle in Ayrshire."
The current castle was built in 1777, although the original building dates back to 1165. The castle was a stronghold for the Clan Kennedy and its location was ideal to fend of the invasion by the English. Under the castle is a network of tunnels, which were once used by smugglers.
There are supposed to be seven ghosts here, each with their own particular reason for lingering within the old castle walls. The tunes of a ghostly piper have been heard in the old smugglers' tunnels, the ghost of an old man in period clothing has been seen sitting in the Earl's bedroom, in the upper rooms the apparition of a lady has been seen, possibly that of a servant girl.
Staff have heard the sound of guests partying in the castle's halls, only to walk into the room and find it to be empty.
Once Derek Acorah arrived on scene, he and Yvette took a walk around the castle with the show's resident parapsychologist, Jason Karl.
Straightaway Derek picked up on music in a reception room, he later said it was a piper and named him as Donald McGregor. As the tale of the piper has become nothing more than a myth, there's no name on file to check that. It should also be noted that the sound of pipe music isn't heard in the castle, but in the smugglers' tunnels which lead down to Piper's Brae on the coast.
Derek also picked up on the sprit of a hunting dog, and a male spirit called Robert Adams, who turned out to be the famous architect who remodelled the castle in 1777. In the earl's bedroom, which is said to be the most paranormally active part of the castle, Derek picked up on a female spirit who roams the building.
As Derek was experiencing plenty of activity, they decided to turn out the lights in the hopes that the rest of the crew might experience something. Yvette decided to conduct an experiment and split the team into boys and girls to see how their experiences differed.
The boys settled down on the staircase, a location where many have reported sightings. Karl Bettie, Jason and Rick Fielding sat in the dark talking about the nature of ghosts and hauntings.
Meanwhile, Yvette was in the earl's room with director Bev Parr, makeup lady Marcelle Lipman, and camera assistant Angle Willems. They spotted several orbs moving near a painting which hung on the wall, and freaked out when they spotted and flashing light on the ceiling, which turned out to be part of the castle's security system.
For reviews of all of the new episodes, plus highlights and evidence from the shows, and to find out when Most Haunted is on next, visit the Most Haunted episode guide.
Tags:
most hauntedparanormaltelevisiontopicalscotland