Yvette Fielding and the Most Haunted team embark on their first new investigation exclusively for their YouTube channel. The online-only episode, labeled a 'Most Haunted Short' see the gang split into two to tackle two different haunted locations.
Yvette team up with the show's resident skeptic Glen Hunt to investigate the infamous room 222 at Ruthin Castle in Wales, where Yvette came face to face with something that frightened the life out of her.
Meanwhile, Karl Beattie and Stuart Torevell travelled to Hereford to investigate the alleged hauntings at the Shire Hall. 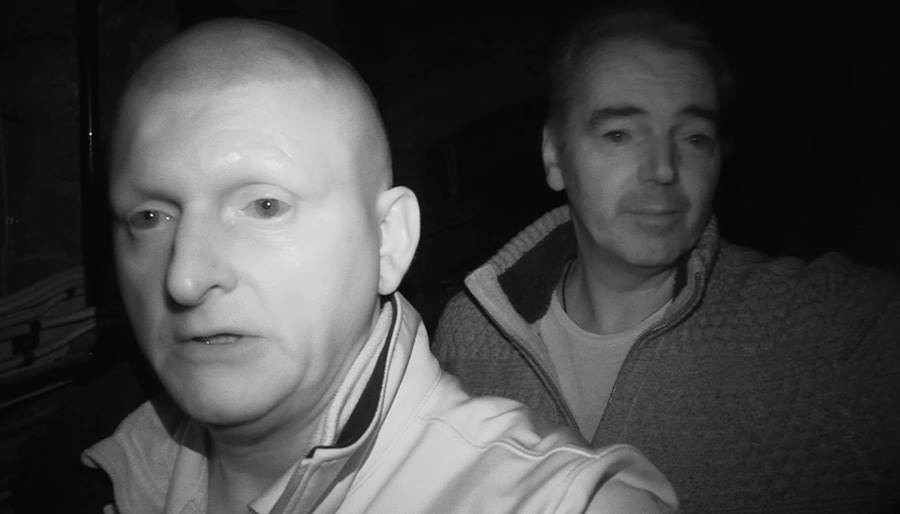 Photo: youtube.com
The Shire Hall in Hereford is a Grade II listed property never before seen on Most Haunted. It was built on the site of the original Herefordshire prison in the early 1800s and is reputedly haunted
The paranormal activity is said to be spread across the building's historic court rooms, which are still in use to this day, and the dark cellars beneath which still house the original stone prison cells. The activity ranges from loud bangs and knocks and the sound of footsteps, through to sightings of dark shadowy figures.
The cellar beneath the hall is fairly small, but is an atmospheric and scary place, as Karl and Stuart soon found out when they started to hear loud crashes around them in the darkness. After scrambling around in the dark, they found that the sounds had come from everything a large metal locker to a falling wooden shipping ;pallet.
Towards the end of the investigation they heard footsteps, which sounded like they were walking across a piece of wood which was lying on the hard stone floor. Moments later, Stuart spotted an unexplained light anomaly. After a while things seemed to have calmed down, Stuart noted, "the funny thing is, the temperature has gone back up." 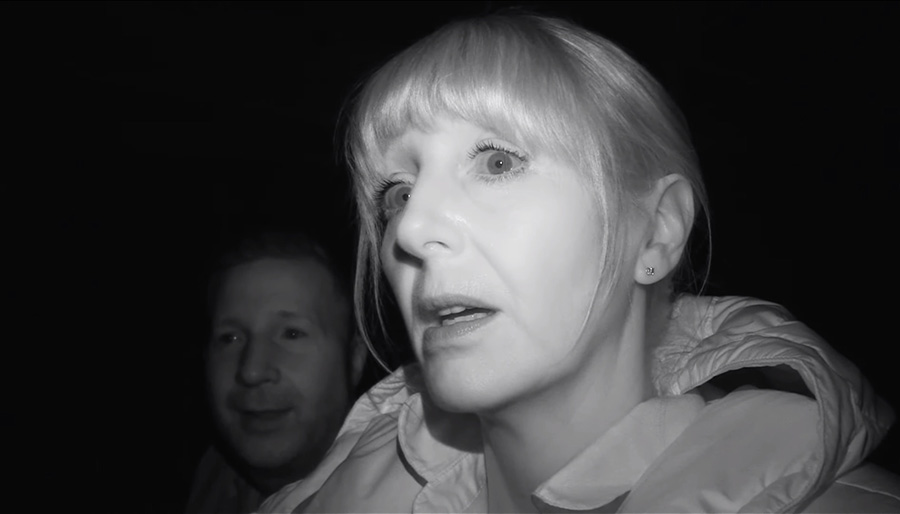 Photo: youtube.com
Yvette and Glen returned to a familiar location for the Most Haunted team Ruthin Castle, which boasts grim stories of torture, execution and murder and said to be home to the ghost of a Grey Lady, who is seen wandering the battlements and in the chapel.
The Grey Lady is said to have been the wife of the second in command of the castle, but when she discovered her husband was having an affair, she murdered her love rival and was executed for her crime, she was buried inside the castle grounds.
Glen felt apprehensive as soon as he walked into the very haunted Room 222, and before long they were hearing strange sounds and even captured what sounded like a whimper on camera. Later in the investigation they heard what sounded like a growl while climbing up the stairs to the derelict area above room 222, and in this space they heard a loud thud. As a harden ghost hunter, Yvette wasn't scared by any of this, but moments later she encounter something in the dark that had her screaming. 🦇
Yvette and Glen also attempted a Ouija board alone together for the first time, but had little movement, which isn't uncommon where there are just two people.
Watch more from the Most Haunted team on YouTube, including unseen footage, exclusive locations and live investigations, only on the Official Most Haunted channel.