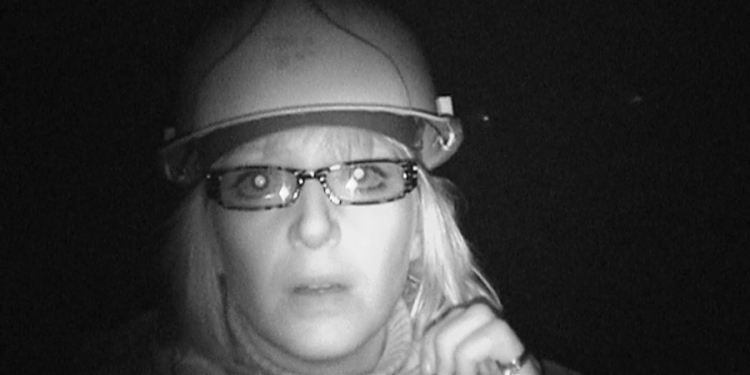 Linking historical fact with paranormal investigation, Yvette Fielding and the Most Haunted set out to uncover the truth behind an ancient murderer mystery. This week the team visit the beautiful little village called Castleton in the heart of Derbyshire.
Castleton is often referred to as the gem of the Peak, as it sits in the middle of the Peak District at the western end of the Hope Valley. It has always prospered due to successful quarrying in the surrounding area. While extracting the granite, the quarrymen ran into existing, naturally-formed underground caverns. It create a vast and subterranean labyrinthine network, which is now a popular tourist attraction.
Behind the beautiful facade, the town has a sinister secret. Most Haunted's resident historian Lesley Smith explains, "a young couple of lovers who were eloping to get married and had all their worldly goods with them spent the night in Castleton. That night they talked of their plans and then the next day they were murdered."
It's said that they were murdered by a group of miners who had worked in the pits in the area for many years. Their bodies were thrown down a nearby mine, only to be found ten years later. Before Lesley sent Yvette to the town to find out more, she told her "what I want you to do is see how much truth there is in all of this story."
Yvette is joined by medium David Wells and parapsychologist Ciarán O'Keeffe. Their first stop is the Castle Hotel in the heart of the village, where David is drawn to one door in particular.
In one of the guest bedrooms David picked up on the spirit of a man named Thomas who hanged himself out of guilt in his early 30s. David feels this man was involved in the murdered, which he places at roughly 1750 to 1760 and says the spirit is feeling remorseful. David feels that the murderous plot was planned in this very inn.
Next Lesley send the team out into the open to Winnats Pass, the only westbound exit from Castleton. We join the team as they're walking across the beautiful hilly landscape in the sunshine where David thinks the murder might have happened. He picked up on the energies of a man on a woman riding along the pass hand-in-hand on horseback. David said the couple were descended upon from the hills by five or six men who robbed and murdered them. David gave the names Alan and Clara, he also feels that they were to be married.
David feels that the bodies of the victims were taken underground, so Yvette and the team descend into Peak Cavern, which makes up part of the cave network that riddles the area. The crew split up while in the caves, Karl Beattie, Catherine Howe, Stuart Torevell and Iain Cash moved deeper into the tunnels to conduct a vigil, where Cath felt something hit her on the arm. Meanwhile, Yvette, David and Ciarán conducted their own vigil, where David picked up the spirit of a male who is associated with the murder, but he doesn't feel this was where the victims' bodies were laid to rest.
The team head to Speedwell Cavern, another part of the cave network, and go to an area which is only accessible by boat on underground river. The team split up in the caves, with Cath and Iain holding a vigil in a dry recess. Karl and Stuart put on waders to walk through the water-filled tunnels. And Yvette, David and Ciarán took the boat deep in to the caverns where David came to a location where he felt the victims' bodies may have been hidden.
The Castle Hotel
Winnats Pass, Hope Valley
Peak Cavern
Speedwell Cavern