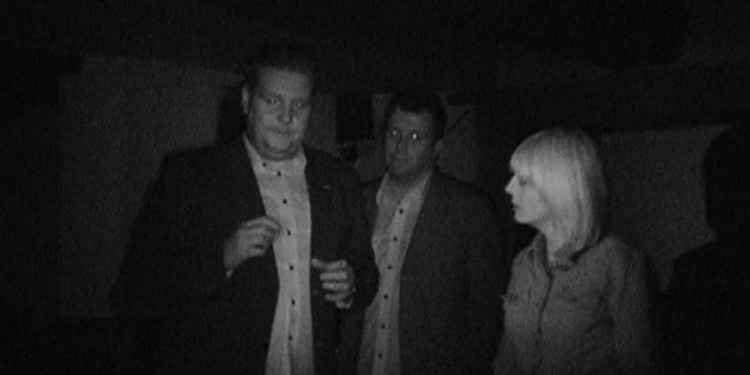 Linking historical fact with paranormal investigation, Yvette Fielding and the Most Haunted set out to uncover the truth behind an ancient murderer mystery. This week the team visit the Staffordshire town of Tutbury and a mystery that relates to the town's castle and involves buried treasure.
Tutbury is set on the banks of the River Dove, surrounded by the lush and rolling farmland of Staffordshire. The quiet village is dominated by the remains of the imposing medieval castle, where Mary Queen of Scots was imprisoned four times. However, what few visitors to the town realise is that beneath this quaint exterior lurks a dark and hidden mystery that resulted in the brutal murder of an elderly married couple.
Most Haunted's resident historian, Lesley Smith, sent Yvette out into the town with medium David Wells and parapsychologist Ciarán O'Keeffe in the hopes of solving this strange and puzzling mystery. Starting in the town itself David picked up on all the psychic noises of the town's past, but there was too much noise for him to pick up on the murder case. So Yvette and Ciarán gave him clue by leading him to the location where in 1831, workmen discovered buried treasure in the form of thousands of silver coins.
On the riverbank David picked up on the excitement of the locals finding the coins buried behind a wall next to the river, an event that he think is a great motivator for the murder. The team then move on to a remote farmhouse that David feels is linked to these terrible killings. It wasn't long before David picked up on these brutal murders, which he feels are related to the found treasure. Records confirm that in 1852 an elderly man, John, and his wife Jane were found murdered here.
After nightfall, the team switched to night vision cameras and were joined by the rest of their investigators. Karl Beattie, Stuart Torevell, Catherine Howe and Ian French held a vigil at Orchard Farm, where straight away Cath heard what sounded like footsteps.
David then takes the team to the Ye Olde Dog & Partridge pub in the town, a building that had pique David's interest as he passed it earlier. David believes this building holds secrets about the killer that need to be uncovered. Here he picks up on a conversation between the killer and conspirators who were paying him to do the savage deed. David uncovers the fact that the killer was the couple's son, a man named Henry.
The investigation took its toll on one of the team. At one point Karl became emotional and felt drained of energy. A sensation that brought him to tears as a shocked Stuart looked on.
The River Dove
Orchard Farm, Ashflats
Ye Olde Dog & Partridge