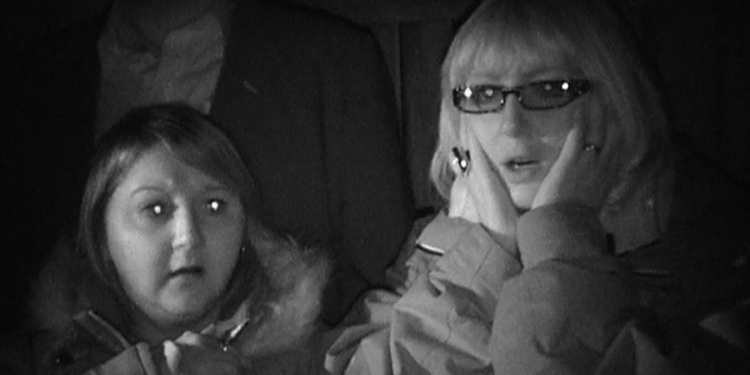 Linking historical fact with paranormal investigation, Yvette Fielding and the Most Haunted set out to uncover the truth behind an ancient murderer mystery. This week the team visit Derbyshire, where they investigates a murder mystery in the quaint English village of Bakewell.
Standing on the banks of the River Wye, Bakewell is a small market town in the heart of the beautiful Peak National Park. Amongst its claims to fame are its world renowned Bakewell pudding and the fact that Jane Austen wrote 'Pride & Prejudice' while staying in the area, basing many of the novel's locations on well-known local landmarks.
However, Most Haunted are in town because Bakewell is hiding a secret. The show's resident historian, Lesley Smith, have put the team on the scent of Edward Wager and his family who lived at Bleaklow Farm. Edwards's son, Benjamin found his mother dead on his 12th birthday, on Christmas Day. Lesley wants to know if she was killed by her husband, if her death was an accident, or could it have been suicide.
Yvette, who describes Bakewell as her favourite English village, is joined by medium David Wells and parapsychologist Ciarán O'Keeffe. They first travel to the Old Eyre Arms in Hassop, where their story begins. Straight away David picks up on the energy of an aggressive, violent man drinking here one Christmas Eve - this is of course Edward Wager. A name that David correctly offers up.
David follows the energy of the spirit of Edward to nearby Bleaklow Farm, his former home and the scene of the murder of his wife, Harriett. David identified the farmhouse as the site of the murder. In the barn David picked up on the spirit of Edward's son, Benjamin, who hid here on that fateful night out of fear after hearing his parents arguing.
The team followed the path that Harriett Wager took when running from her drunken husband. David thinks that Harriett fell and hit her head, resulting in her accidental death in the waters of the Deep Rake lead mine dam at Longstone Edge.
After dark the team switched to night vision cameras and were joined by Karl Beattie, Stuart Torevell, Catherine Howe and Ian French. A Ouija board session backed up David's belief that Harriett's death was an accident. Stuart then conducted a lone vigil in the barn at Bleaklow Farm, where he experienced plenty of strange noises through to what seemed to be poltergeist activity. Later Stuart was joined by Yvette, Cath, Karl and David and the activity seemed to continue, but they failed to obtain any more information about the murder.
The Old Eyre Arms, Hassop
Bleaklow Farm, Hassop
Deep Rake lead mine dam, Longstone Edge