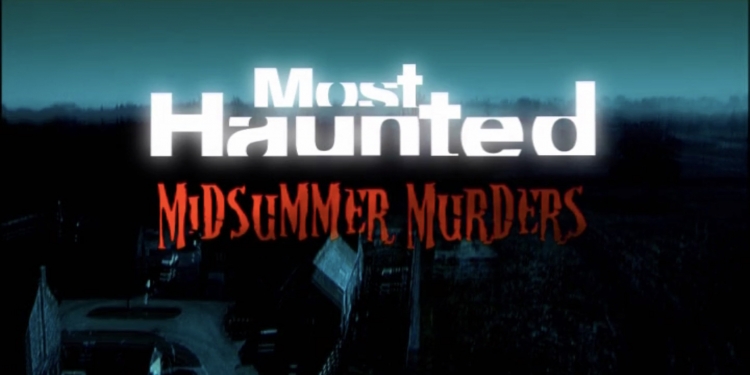 Yvette Fielding welcomes us to a brand new series where the team will try to uncover the the mysteries surrounding some of Britain's most gruesome murders.
In each of the eight episodes, which originally aired in 2007, Yvette is joined by Most Haunted's regular historian, Lesley Smith, who sets Yvette and her team the task of solving age old unsolved mysteries.
Yvette is helped along the way by resident psychic David Wells and parapsychologist Ciarán O'Keeffe, as well as some other familiar faces from the Most Haunted team.

WATCH: Amazon Prime
26 Jun 2007 • Review
This thriving town is known for it's Tudor Buildings and medieval streets, but there are also tales of murder and deceit. What will the team uncover?

WATCH: Amazon Prime
03 Jul 2007 • Review
This quaint, old village is found in the middle of the Peak District, in an area known as the Vale of Hope. But with so many tales of ghostly and paranormal happenings, is it as idyllic as it looks? The team head off to find out.

WATCH: Amazon Prime
10 Jul 2007 • Review • Location Details
Pluckley is the location where 'The Darling Buds of May' was filmed, so you may think it is idyllic.It is also known, however, as the most haunted village in England. Will the team meet any of the resident spirits? And what will happen when they enter the local 'Screaming Woods'?

WATCH: Amazon Prime
17 Jul 2007 • Review
The team head to North Wales, and the town of Ruthin, in this edition. With an old and strange tale of murder and jealousy surrounding the town, what will they discover?

WATCH: Amazon Prime
24 Jul 2007 • Review
Tonights edition see the team head to the Staffordshire village of Tutbury. While there they hope to unravel the mystery of the murder of a farmer and his wife.Did the pair really have treasure buried?

WATCH: Amazon Prime
31 Jul 2007 • Review
Yvette Fielding and the team visit Tarvin, Cheshire, hoping to discover paranormal activity relating to a maid who was beheaded during the Civil War. Historians Leslie Smith and psychic Davis Wells offer their expertise in the studio.