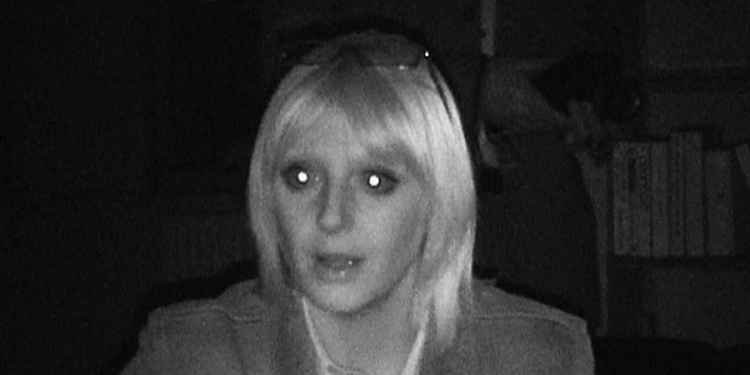 Linking historical fact with paranormal investigation, Yvette Fielding and the Most Haunted set out to uncover the truth behind an ancient murderer mystery. This week the team visit the Kent, the garden of England and possibly one of the most haunted villages in Great Britain, where they are on the hunt of a murderer.
The parish of Pluckley perches on the edge of the North Downs in Kent and is surrounded by rolling farmland dotted with oast houses. Mentioned in the Domesday Book after the time of the Norman Conquest, but dating far further back through Roman times and beyond. It is an outstanding example of a traditional picture-postcard English village. The village has barley been touched in the last two centuries and for this reason it is often used by television companies as a quaint backdrop to their period productions.
However, Pluckley has a much dark side as it is said to be the most haunted village in England, due to several well documented reports of ghost sightings.
Yvette and the team are being guided around the village on their quest under instruction from the show's resident historian, Lesley Smith. She tells Yvette about an area known locally as "the screaming woods". Lesley explains how the woodland got its name, "some say it's because of the wind through the trees, but others because of the things that have happened there." A man was once found dead against a tree, alongside the original Roman road that passes through the woods, and Lesley wants to get to the bottom of his killing.
Yvette is joined by medium David Wells and parapsychologist Ciarán O'Keeffe, their first stop is the quiet street at the heart of the village, which consists of nothing more than a church, a pub and a convenience store. From the centre of the village, David seem to latch on to the mystery, and with little prompting lead the team to nearby screaming woods.
In the woods David picked up on the essence of a man riding a black horse through the woods. He was apparently a highwayman who was being chased through the woods, but David felt he was eventually stopped by his pursuers. According to the psychic, the man was then attacked by two or three men. He thinks the men were trying to recover money that the man had stolen. The men beat the thief, before stabbing and killing him.
Lesley then sent the team to their next location, Elvey Farm, farmhouse nearby that she believes is connected with this highwayman's untimely death. Here, David once again picked up on the spirit of the highwayman. David eventually names the highwayman as Robert Du Bois. According to local accounts, this is the correct name of the murdered highwayman.
From here the team head back into the village and the Black Horse pub, which is said to be an incredibly haunted pub. David straight away becomes aware of a man who he felt was the murder, but he was a good man who killed out of loved. In the pub's attic, David picked up on more information about this contradictory, kind-hearted killer.
David was able to name the killer as John Michaels, who was in his 30s and was a teacher or tutor of some kind. However, there were no records available that were able to confirm this.
After dark, the team switched to night vision cameras and returned to Elvey Farm to conduct a séance. Using a Ouija board the team were able to uncover that Robert was involved in witchcraft and Devil worship, something that was allegedly practiced locally in the attic of the Black Horse. When the spirit's answer became aggressive and threatening, it all became a bit too much for team member Stuart Torevell, who was forced to leave the investigation.
Yvette, David, Ciarán and Karl Beattie join together for a vigil in the attic of the pub, where they believe they once again encounter the spirit of John Michaels. With John's help, David the uncovers the motive for Robert's murder. It seems that Robert was killed for his interference in the love affair between his sister and John Michaels.
The Street, Pluckley
Dering "Screaming" Woods, Pluckley
Elvey Farm, Pluckley
The Black Horse, Pluckley