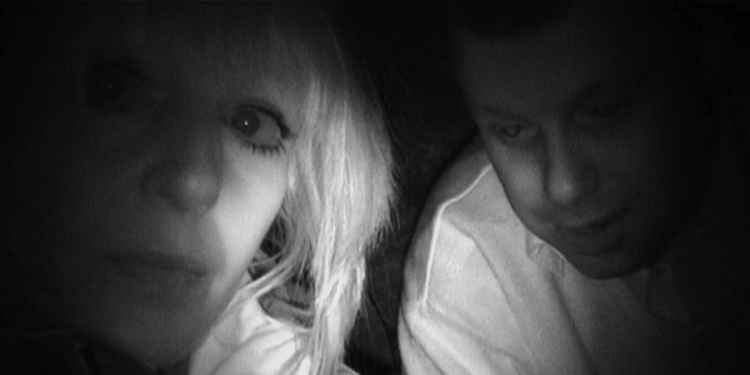 Yvette Fielding welcomes us to a brand new spin-off series where the team will try to uncover the the mysteries surrounding some of Britain's most gruesome murders. Starting in the Derbyshire town of Stoney Middleton, where they plan to investigate a 330-year-old unsolved murder.
Stoney Middleton is set on the north eastern fringes of the White Peak. It was the lure of lead that brought the early settlers, including the Romans some 2,000 years ago. They established a thriving outpost complete with baths fed by a thermal spring.
The community prospered through the centuries and at one time boasted 12 pubs, a disproportionate amount for such a small place.
The village sits at the foot of Middleton Dale, with its houses rising steeply on either side, almost indistinguishable from the towering limestone cliffs the loom above. Shrouded by trees and dense vegetation, it is a private and peaceful place. However, it apparently has secrets to hide.
Yvette was joined by the show's regular historian, Lesley Smith, who shared some background on the village's dark past. She told Yvette, "there has been a rumour, or a local legend if you like, of a murdered peddler, who was supposed to have been murdered in The Moon Inn," but the first place Lesley suggested the team investigated was a churchyard where the body is said to have been disposed.
Joined by resident psychic David Wells and parapsychologist Ciarán O'Keeffe, Yvette headed to the graveyard of Eyam Church, where they were hoping to find the final resting place of the murdered peddler. Although, this proved unsuccessful and a grave could not be found.
However, Ciarán thinks that their search of the churchyard was inconclusive as some graves were impossible to read, others were unmarked and some contained very little detail about who was buried there. Ciarán said, "even if he was buried here, we wouldn't be able to tell by just looking at the stones." David said he wasn't given any psychic clues during their time at the church.
The team then moved on in the hopes they'd have more luck elsewhere and went in search of the peddler's final resting place in Stoney Middleton Caves. Upon entering the dark cave, David said "I was really conscious of someone being sort of half dragged up the path. It looked as though he was close to death already, sort of like he was a victim of murder." The trio then moved to another of the cave's entrance, which David said felt like the final resting place for the murdered man. David picked up on the fact that the man was Scottish and went by the nickname Mac. He placed the murder in the late 1700s.
They then moved on to Lover's Leap, a hill overlooking the village where according to David there's a story of unrequited love where a young woman once jumped from a cliff edge with the intention of taking her life, but she was saved from her fate after getting caught up in foliage.
At the bottom of the cliff was an Italian bistro, Luca's at Lover's Leap. At the time the girl threw herself down the cliff she would have found herself on this site, whether the building was there or not at that time, but this shed little insight into the case.
Halfway through the show the team switch to night vision and are joined by Karl Beattie, Stuart Torevell and Catherine Howe to conduct a paranormal investigation and séance at the 300-year-old Moon Inn, which is said to be linked to the murder of the Scottish peddler.
During a Quija board session, the team were told by the spirits of the pub that it was a highwayman name Jack who killed Mac, along with a gang of seven other. Although the murder was connected to the pub, The Moon Inn wasn't the scene of the crime.
According to David, The Moon Inn was originally a rectory, but the original pub stood across the road and this was where Mac was murdered. David and the Most Haunted team's findings exactly matched the stories told in the history books.
David's unrelated discovery of the tale of Lover's Leap also matches local legend. Hannah Baddeley is said to have jumped from Lover's Leap in 1762, but miraculously survived. Sadly she died two years later.
The episode ended with the team holding several final vigils at the locations they've visited through the investigation in an attempt to help the unfortunate spirit of Mac the peddler move on, but after some terrifying paranormal activity, the team concluded that Mac was reluctant to leave his final resting place in the village's caves.
Eyam Parish Church (St Lawrence's Church), Eyam
Carlswark Cavern
Lover's Leap Hill
Luca's at Lover's Leap
The Moon Inn