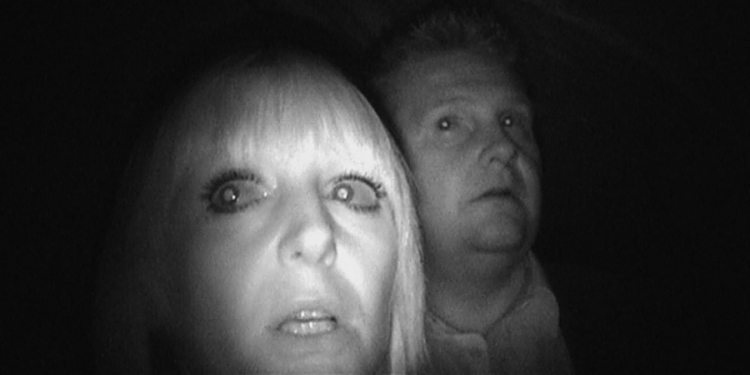 Linking historical fact with paranormal investigation, Yvette Fielding and the Most Haunted set out to uncover the truth behind an ancient murderer mystery. This week the team visit Denbighshire, as they try to get to the bottom of a killing that took place in the town of Ruthin in the early part of the 20th century.
Ruthin sits quietly on a red sandstone hill overlooking the River Clwyd and has over 700 years of recorded history. Its streets have been walked by kings, queens, princes and commoners alike. Its buildings reflect and eclectic mix of architectural styles, from medieval castle, through Tudor homes to Georgian townhouses, giving it an air of time long-passed. But, the town has secrets to hide. Secrets that the show's historian Lesley Smith hope Yvette and the team will unearth.
Lesley has sent the team out in to the town on the trail of a man named William Hughes, who left his wife and children in 1901. He was subsequently arrested and imprisoned for abandonment. While being detained his wife got friendly with another man. William feared his wife had taken this man as her new lover. So, upon his release, he shot and killed his wife - of course this landed him back in prison where he was hanged in his cell.
Lesley wants Yvette to find out if his wife really did have an affair and if the fatal bullet was really intended for his wife or the other man? Yvette is joined by medium David Wells and parapsychologist Ciarán O'Keeffe, as they attempt to find the answers once and for all.
The team's first went for a stroll around the beautiful village, ending up right in the centre of Ruthin where David picked up on angry spirit voices, which he felt might have been coming from the old courthouse. At this point in the show, David knows nothing about the crime or the mystery they're trying to solve, but he seemed sure that the old courthouse wasn't connected to the case was being drawn to the town's library.
At the library David picked up on the name William, and the fact that he had murdered his wife. David also realised that the library was once a courtroom, it operated more recently than the one he had been stood outside of previously. David was able to sense that William was tried in this former courtroom twice - once for the abandonment charge and once for murder.
David said he wanted to follow in William's steps to the place he was incarcerated, Ruthin Gaol. At the former prison David picked up on the fact that William was executed for his crime.
The team then switched to night vision and were joined by Catherine Howe, Karl Beattie, Stuart Torevell and Ian French to conduct nighttime vigils in the hope of getting more answers. During the vigils Karl and Stuart heard what sounded like a disembodied growl in the former holding cells under the library. Later in the investigation Stuart mysteriously fell after feeling like he'd been pushed.
Later, Yvette, Cath, Karl and David conduct a séance in the cell at Ruthin Gaol where William would have been hanged. During a Ouija board session, David concluded that William hadn't intended to kill his wife. His intended victim was the man he suspected her of having an affair with. There were several knocks on the door during the séance, which skeptical Ciarán couldn't explain.
Ruthin Library
Ruthin Gaol