Are Aliens Trying To Get In Touch? Strange New Radio Signals Detected From Deep Space 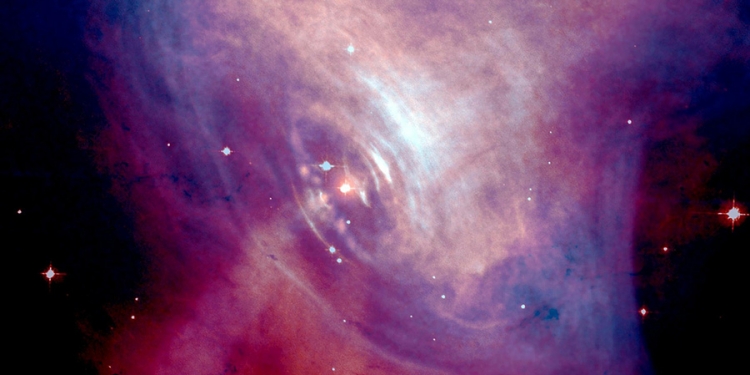 Photo: pixabay.com
If an advanced, alien civilisation wanted to get in touch, how would it do so? Travel across light years of empty space, perhaps taking millions of years to an unknown destination? Wouldn't it be more sensible to send out radio signals with a coded message?
This week new evidence was presented by a team of Canadian astrophysicists that perhaps we've just detected such a signal. Known as 'fast radio bursts' – FRBs – were detected 13 times during a three-week research period last summer. The signals themselves are only milliseconds long and are incredibly hard to detect. The scientists were using a new type of radio telescope called the Canadian Hydrogen Intensity Mapping Experiment which is based in British Columbia's Okanagan Valley.
FRBs have been detected many times before, but this is only the second occasion when the signal was repeating.
Some scientists think they COULD be evidence of advanced alien life. For example, Professor Avi Loeb, an astrophysicist from the Harvard-Smithsonian centre for astrophysics in the US says they MIGHT be signals from aliens.
That doesn't sound very convincing, so what do most scientists think is behind the signals? Apparently the general consensus is that the signals are released as side-effects of large, powerful astrophysical events. Perhaps black holes are responsible, or neutron stars.

Not wishing to give up, we picked up the phone and spoke to someone we knew who'd studied physics and astrophysics at London's Imperial College, home of science nerds, to get the lowdown, and answer our possibly stupid questions.
And hopefully tell us it was aliens:
Paranormal Hub: So is it aliens?
Science Person: No. It isn't. I'd bet my house on the fact it's something like a neutron star. Nobody knows, of course, but I think that's the likeliest culprit.
Paranormal Hub: But how does a star produce signals this short and intense?
Scientist: A neutron star isn't like the sun in our solar system. A neutron star is what's left when a giant star has exploded. By giant I mean it might be up to 30 times larger than our sun. After blowing up, the bit that's left over in the middle, the core, collapses down to something that might be only five miles across. This core then spins round rapidly, which would explain the repeated signals detected.
The fastest neutron star detected so far rotates at 716 times a second. That means its surface is moving at nearly a quarter of light speed, or 0.24 c if you want to be geeky about it. Is that fast enough for you?
Paranormal Hub: But you can't rule aliens out completely can you? What if it's something like a massively powerful, malfunctioning alien microwave?
Science Boy: I think it's unlikely aliens have a cooker that would be powerful enough to generate that signal. Why would they waste their time, effort and intelligence to do that? And no, you can't rule aliens out, but this isn't evidence of aliens.
Paranormal Hub: But isn't that massively disappointing to someone who's studied astrophysics? Don't you want aliens to exist?
Science Nerd: Science is about evidence, not beliefs. You can believe what you want, but without evidence, it's science fiction. A great story, or a great film. We don't proceed with our knowledge of how space and time function by making stuff up and believing in it. I've spoken to you for long enough now, stop wasting my time.
Paranormal Hub: Thank you.
We were a bit disappointed by this conversation, but, nobody has yet said what the content of the signals was. Perhaps they contain encoded information? If you recall the film Contact, signals received from space contain instructions on how to build a machine to help humans travel through space to reach an alien planet. We say let's not give up hope yet, perhaps we've been sent the interstellar equivalent of Ikea flat-pack furniture instructions!
Add A Comment
Tags:
spacetopical

You will be dealing with communications issues or travel plans. You might be thinking about moving or changing your place of residence. If so, make sure it is a choice you can live with for the long term. There may... Read More