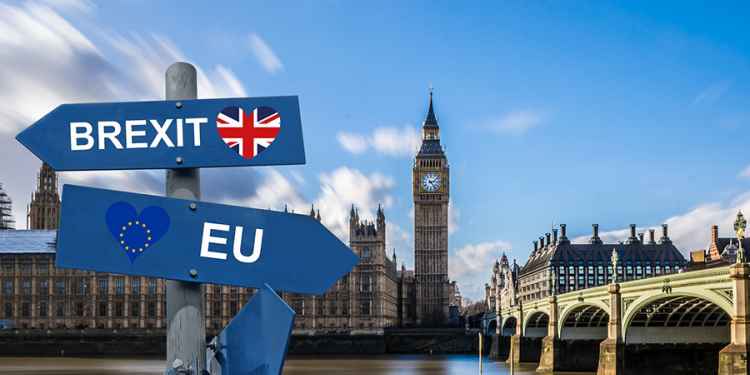 Photo: pixabay.com
We last heard from celebrity psychic Craig Hamilton-Parker before Britain was due to withdraw from Europe back in March with his psychic predictions regarding the future of Britain. Having passed the March deadline, the country has now slipped into a deeper state of confusion, so the medium has updated his predictions.
Craig originally said that the UK will leave Europe with a hard Brexit on March 29th, but clearly that prediction hasn't come true. However, the psychic is still predicting a hard Brexit with some short term disruption. Originally he thought this disruption might be as a result of British Prime Minister Theresa May resigning after the process was complete, but Mrs May has since announced she'll be leaving sooner.
In his most recent video, Craig said, "I do feel that Brexit is not going to be quite the problem that everyone thinks it is." He added, "there won't be any medical shortages. There won't be chaos. There will be some difficulties but we'll be over them quite quickly." Let's hope he's right, especially as this is what he's been saying all along, "I'm running still with my original predictions that there will be no problems."
Craig also foresaw that Theresa May would step down as Prime Minister. He made this prediction in September, long before the December 2018 motion of no confidence which saw MPs vote on whether they thought Theresa May was still a suitable leader for the Conservative Party and long before the PM announced in May 2019 that she'll be quitting. He originally said that the PM will survive until Brexit and that she "wants to see the job through," adding that he feels she wants to "make her name in history by being the person who gave us Brexit".
Although this aspect of his prediction did not come true, back in September Craig did hint at some of the forerunners who might take May's seat as the leader of the Conservative Party and one of those names was Boris Johnson, who now stands a good chance of getting the job.
He'd previously predicted, "in the end, I think Boris Johnson will become the leader of the Conservative Party". He thinks all of this will lead to a general election later in the year, or at least calls for it to happen in 2020. In his latest video, Craig said, "I also seem to have got it right that Boris Johnson will be the frontrunner and it does seem that he will be the next Prime Minister. So, my predictions there still hold." Craig thinks this election could usher in big political changes in the UK.
At the end of last year Craig predicted the formation of a new political party, this happened in the form of the Brexit Party and Change UK. Although, originally he said that he thought the Conservatives will go further right, Labour further left, making way for a new "middle-ground, centre party". Clearly this is neither of the two new parties, but perhaps this new party will still form at some point in the future. Craig thinks this party will have milder ideas, and designs for going back into Europe. He predicts that Tony Blaire will be involved in the party in some way, perhaps just in the formation.
Craig also thinks that a deal will be made to prevent a hard border and physical customs checks between Ireland and the rest of the British Isles.
There has been a lot of talk in recent months about disruption at ports and problems getting goods in and out of the country after the UK leaves the EU. Craig says, "there is going to be Brexit disruption, I don't think it takes a psychic to tell you that". However, the medium says that the initial chaos will pass quickly and trade flow will get back to normal soon after. He wisely says that people will always find away to make sure they make money and adds, "it's not going to be as bad as you think, it's going to be fine."
The psychic also made one surprise new prediction in the video about the Brexit Party leader Nigel Farage. Craig said, "I also feel that eventually Farage is going to join with the Conservative Party. First there will be a merger and a deal between the two parties and eventually I feel Farage will become a member of the Conservative Party."
In mid-December last year, Craig gave us some additional insight that President Trump will see an opportunity to trade with the UK after Brexit and will bail the country out to some extent with a US trade deal. This week Donald Trump has been visiting the UK and has spoken openly about supporting Britain with a trade deal.
Add A Comment
Tags:
psychicsbrexittopicalcraig hamilton parker