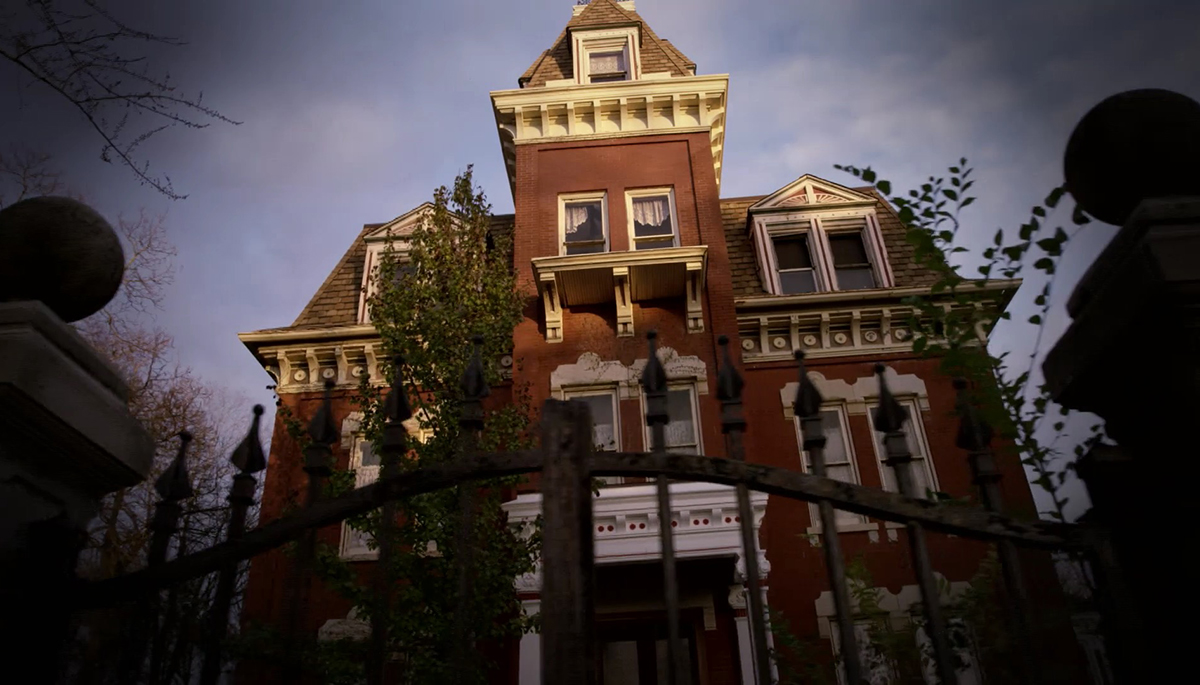 Nick Groff and Katrina Weidman investigate a property in Illinois that is said to curse all who live inside it after the tragic death of its original owner.
Here in the UK, the series is being billed as 'Paranormal Lockdown US', and although the show is new to Really, it actually pre-dates the recent UK series and has previously been shown on Quest Red in the UK. This week Really brings us episode eleven of the second season.
As a side note, this week Really launched their new on demand streaming platform, which means that Paranormal Lockdown is finally available to view in full HD in the UK for the first time.
Scutt Mansion in Joliet, Illinois is the classic haunted house. It was built in 1882 by Hiram Scutt, but soon after construction was completed, 47-year-old Hiram died in his bedroom after a riding accident. His wife Adelaide was heart broken and soon followed him into the grave.
The home has since been through several owners but has mostly been uninhabited. Those who have tried to revive the grand building have fallen victim to fatal accidents, which some blame on the property's curse. Some have reported seeing the apparition of Adelaide roaming the building, as well as the ghost of Seth Magosky, a local historian who died in the house while attempting to convert it into a museum. 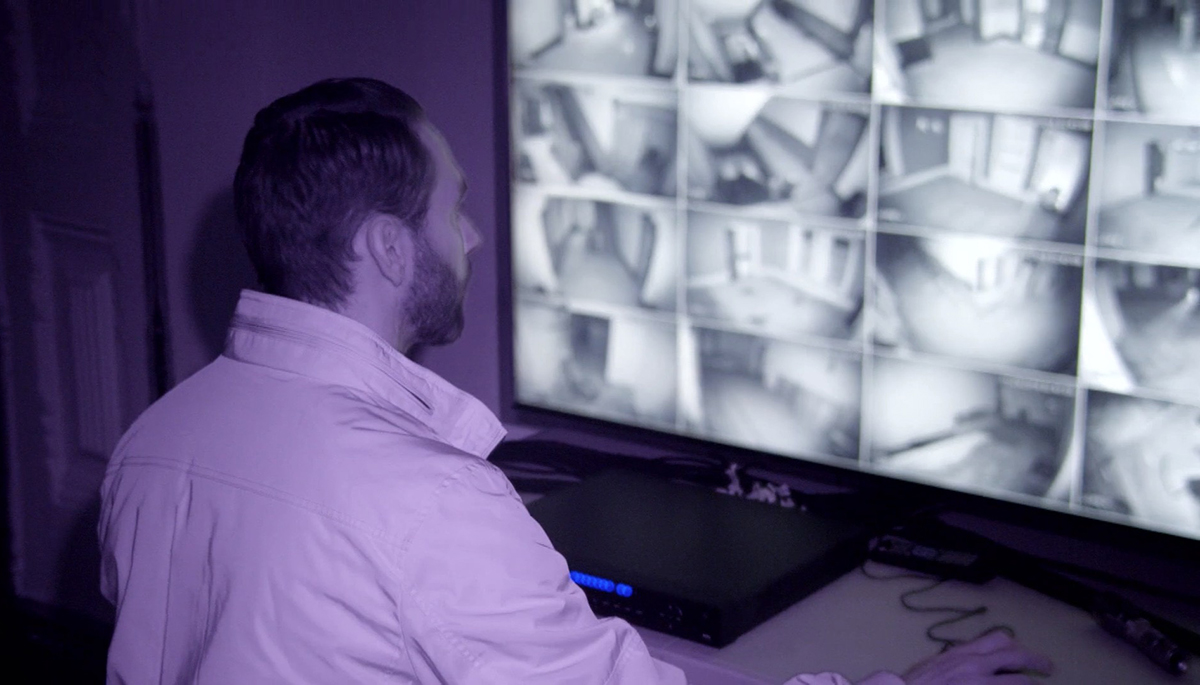 As the duo prepare for their investigation they rig 16 static night vision cameras around the house. While Katrina was alone setting up the last of the cameras, she thought she heard what sounded like footsteps. Moments later there was a strange groaning sound. Katrina thought this sounded like a male voice and called Nick and camera man, Rob Saffi, who both confirmed it wasn't them.
The pair started their investigation and heard what sounded like an unexplained moaning sound. They start using a GeoPort that monitors vibrations, radio waves and electromagnetic frequencies. It's thought that intelligent spirits can manipulate or use the device's sensors to relay intelligent responses in the form of words or sentences. Before they were able to collect any evidence using this device, Katrina thought she saw a dark figure. She said, "I feel like I'm losing my mind in here."
The team then move to Hiram's bedroom with the GeoPort, but didn't get any meaningful responses. Soon after their first day of investigating came to an end. Nick set up his bed in Hiram's bedroom, while Katrina slept in what was Adelaide's bedroom.
The next day the investigators were joined by haunted object collectors Greg and Dana Newkirk, who brought along some artefacts. The reason for this is because Nick and Katrina have a hunch the Victorian dolls and other period items that were for a time in the house while historian Seth was setting up his museum could have resulted in lingering energies.
The collectors brought along a voodoo idol known as "Billy," which they say acts as a conduit of communication between the living and the dead, but warn that it can give you nightmares. They also had a dark mirror which Greg and Dana believe sucks in people's energy and then acts as a sort of paranormal battery allowing any entities that are present to feed off of it. They had a dybbuk box, a cursed chest that holds a trapped spirit. They warn Nick and Katrina not to open it, and they had a wooden talisman known as The Crone.
At the moment Greg takes the dybbuk box out of its case, the investigators hear footsteps coming from the hallway, but there was no one to be seen there. They then split up and each take one of the four objects to a different area of the house in the hopes that the artefacts might increase the paranormal activity in the house.
Dana was up in the house's tower, sat at the top of a spiral staircase with The Crone. She started to feel the stairs moving under her feet and moments later heard a groan coming from behind her. She then felt something touch her head and felt as if she was being pulled back.
They then put all the haunted objects on the stairs to the tower and began calling out at the base of the tower. They were once again using the GeoPort, and had a couple of words and phrases come through, but none were particularly clear. Greg thought one was saying "Hiram tried to kill me."
As Greg and Dana prepare to leave, Nick tells them, "I feel like bringing in the objects definitely triggered something." Katrina said, "I feel like the experiment ramped up what was already here and now we know where to focus our attention." She concludes that something is in the tower and something is on the second floor.
Once everyone else had left, Nick and Katrina continued investigating alone, again using the GeoPort, which spewed out more words and phrases, some of which they thought were related to Seth. Soon after the pair set up camp for the night. 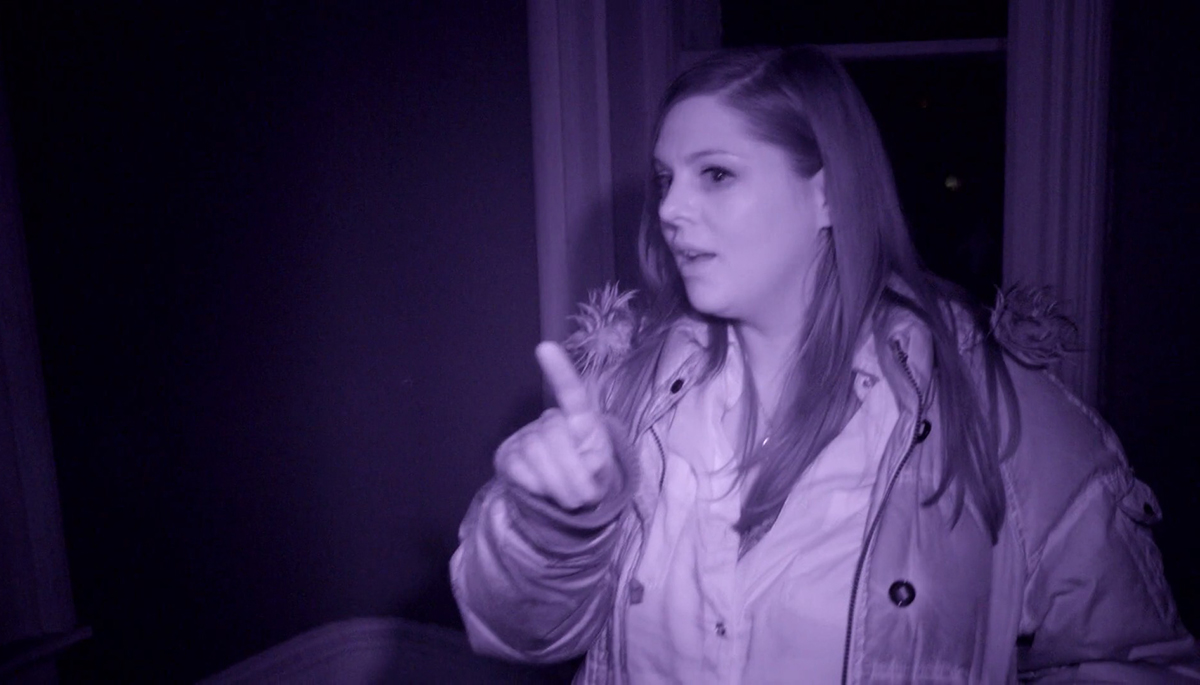 On their final night Nick and Katrina use an SLS camera. This special type of camera uses 3D mapping technology to detect human-like shapes in the darkness, it highlights them on its screen in the form of a stick figure. The camera revealed a twitching and dancing figure of inhuman-height on the screen, it was stood next to Katrina.
They also heard strange unexplained noises around them including a thud and whispers. The investigation ended with another GeoPort session, which sadly didn't provide any conclusive evidence through its responses.
'Paranormal Lockdown US' continues next week on Really as part of the channel's #Freakend event, bringing viewers three nights of paranormal entertainment every Thursday, Friday and Saturday.
You can watch in the United Kingdom and Ireland as part of the Discovery family of channels. You can watch Really on Freeview (17), Sky (142), Virgin Media (129) and Freesat (160), plus YouView, BT TV and TalkTalk TV. Or watch previous episodes on demand on Discovery+.