Find out what the flashing light-up speaker that Nick Groff uses on 'Paranormal Lockdown' does and how you can get your hands on one for your paranormal investigations. 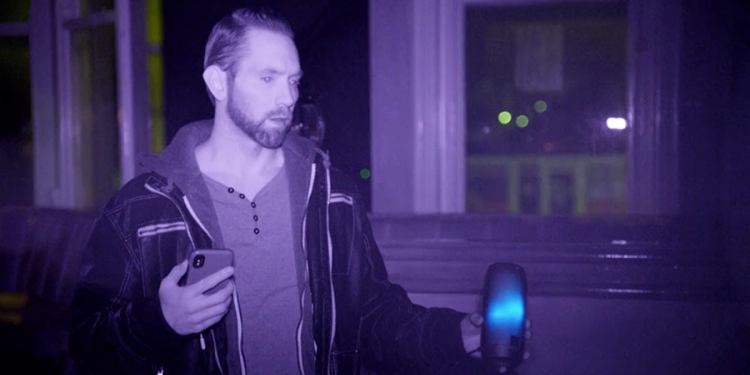 Over the course of its three seasons, plus the UK spin-off series, we saw Nick Groff use an array of ghost hunting gadgets on 'Paranormal Lockdown' while on investigations with his co-star, Katrina Weidman.
Many of the devices that Nick and Katrina used were custom made for the show, such as the GeoBox, which was created by Ohio-based paranormal inventor, George Brown. Other tools such as SLS cameras and REM-Pods are more widely available.
Despite the fact it was announced that the show had been cancelled in 2019, there's one question we're still asked by fans of ghost hunting shows watching the repeats and old episodes on demand. The gadget that most viewers ask about is the one that is probably the most prominent throughout the series as it seemed to get more screen time than anything else.
It's a handheld device which has colour-changing flashing lights over its body that react to the ghostly voices that are often heard echoing out of its speaker. 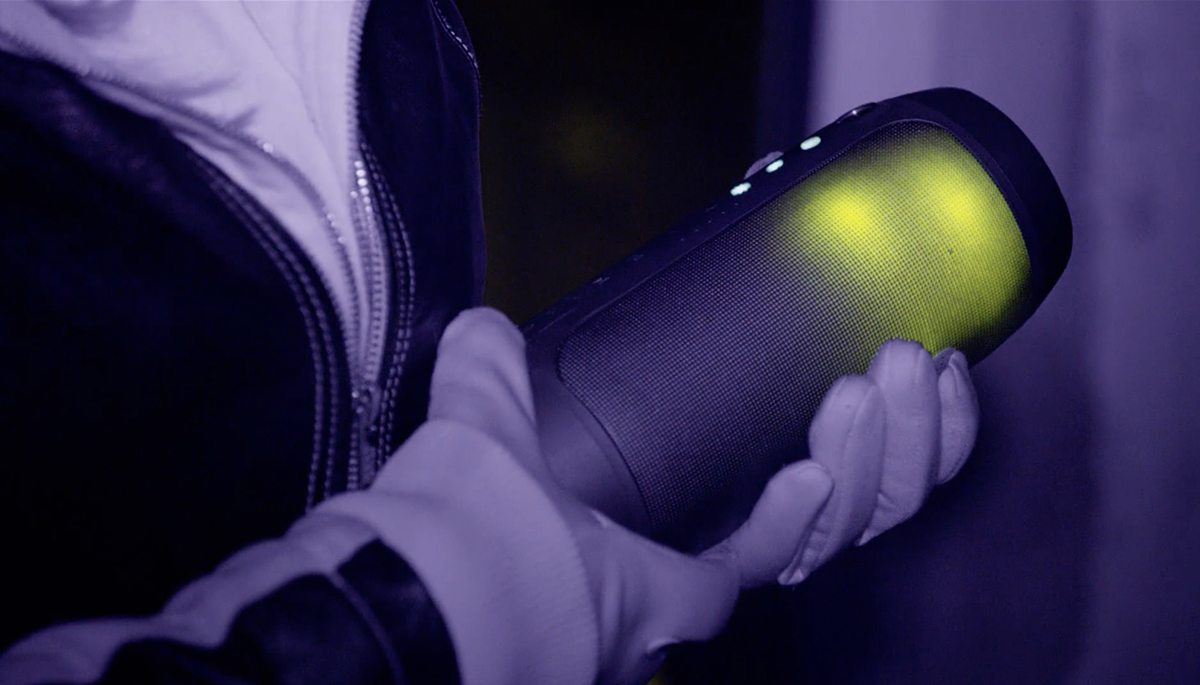 Although this gadget is always part of Nick's paranormal kit bag, it's not actually a ghost hunting tool. The device is actually a portable bluetooth speaker with a built-in interactive light show that responds to the audio being emitted from the speaker.
There are cheaper versions available, but the specific version that is shown in 'Paranormal Lockdown' is a JBL Pulse 2, although this has now been replaced by several newer models. The Pulse 2 always looks really cool on the show because the varying colours of its lights are captured in the purplish hue of the crystal clear night vision camera that they use to shoot the episodes.
Nick uses the speaker when he's communicating with spirits and the haunted locations he investigates with Katrina, but the speaker is just playing the sound, the hard work is actually being done by another gadget.
Depending on what Nick is using to communicate, he either connects a phone running a special app to the speaker via bluetooth, or connects the speaker to another ghost hunting gadget like a Ghost Box using a 3.5mm jack via the speaker's auxiliary socket.
If connected to the phone, then Nick will be using an Instrumental Transcommunication (ITC) app. ITC is an umbrella term which refers to all forms of spirit communication using any kind of electrical instrument.
In the show Nick and Katrina use various ITC apps including the Afterlife app, The Portal app, Phasmabox, and EchoVox.
The apps generally work by randomly scanning through a database of sounds and phonics, the belief is that spirits can manipulate the random nature of the app using the phone's array of sensors in order to create intelligent responses in the form of words and phrases, which are spewed out through the connected JBL speaker.
As well as the ghost hunting apps, Nick also uses an array of ghost hunting gadgets, which he connects to the JBL speaker. He does this because the device itself doesn't have a built-in speaker, or the built-in speaker isn't loud enough for the output to be heard on camera. But we wouldn't be surprised if at times Nick connected the device to the speaker simply because it looks aesthetically pleasing to have a light-up speaker in the dark on a ghost hunting show.
The physical ghost hunting devices featured in 'Paranormal Lockdown' which Nick is able to hookup to the speaker include both the GeoPort and GeoBox, two similar devices that monitor vibrations, radio waves and electromagnetic frequencies in order to allow spirits to generate their responses.
He also uses a device called the Poltercom, which is an electronic speech synthesis device that's also available as an app, and a device called an Angelus developed by eXtremeSenses, which is like a visual version of the GeoBort, but also has an audio element to its output.
As well as these gadgets, Nick also uses the speaker connected to his laptop when reviewing audio evidence captured via his various recording devices, including his Panasonic RR-DR60 and his Paranologies EVP recording device. 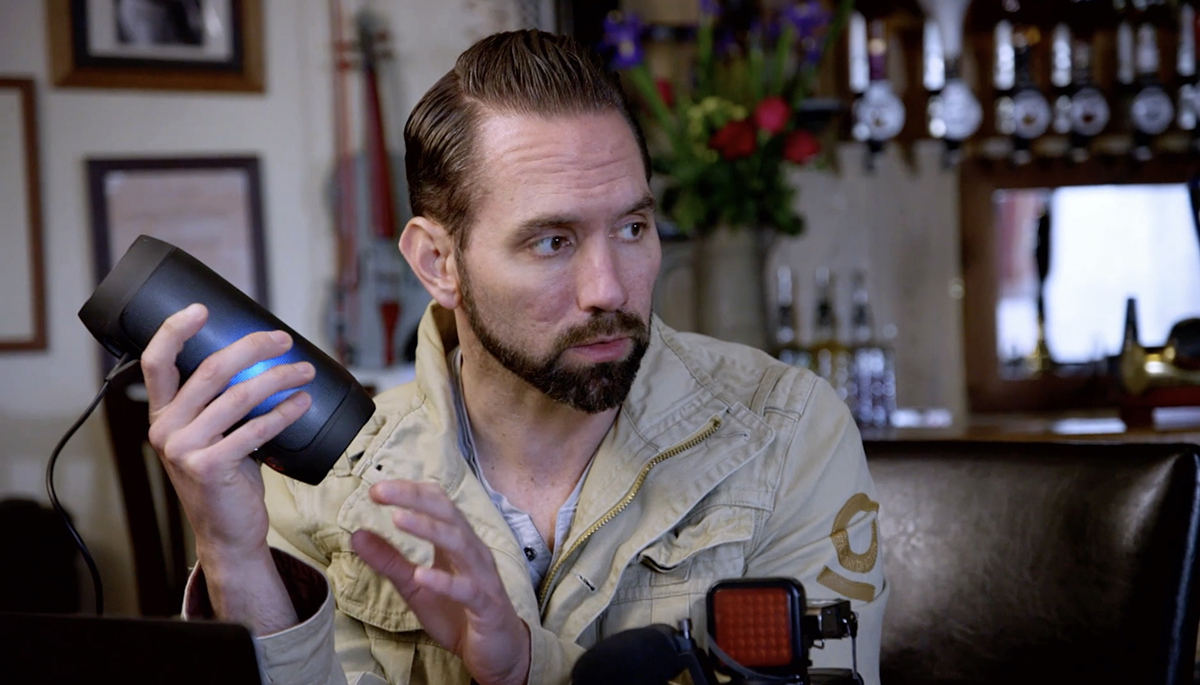 This device isn't the only noticeable gadget that lights up used in the series. Nick and Katrina often lay interactive light panels around the locations they investigate. These very visual ghost hunting devices are called Shadow Trackers, you can find out more about them here.
If you want to know more about the paranormal kit that Nick and Katrina used on 'Paranormal Lockdown', then a good place to start would be by reading about the GeoBox, one of the most commonly used devices on the show, as well as its more compact brother, the GeoPort.