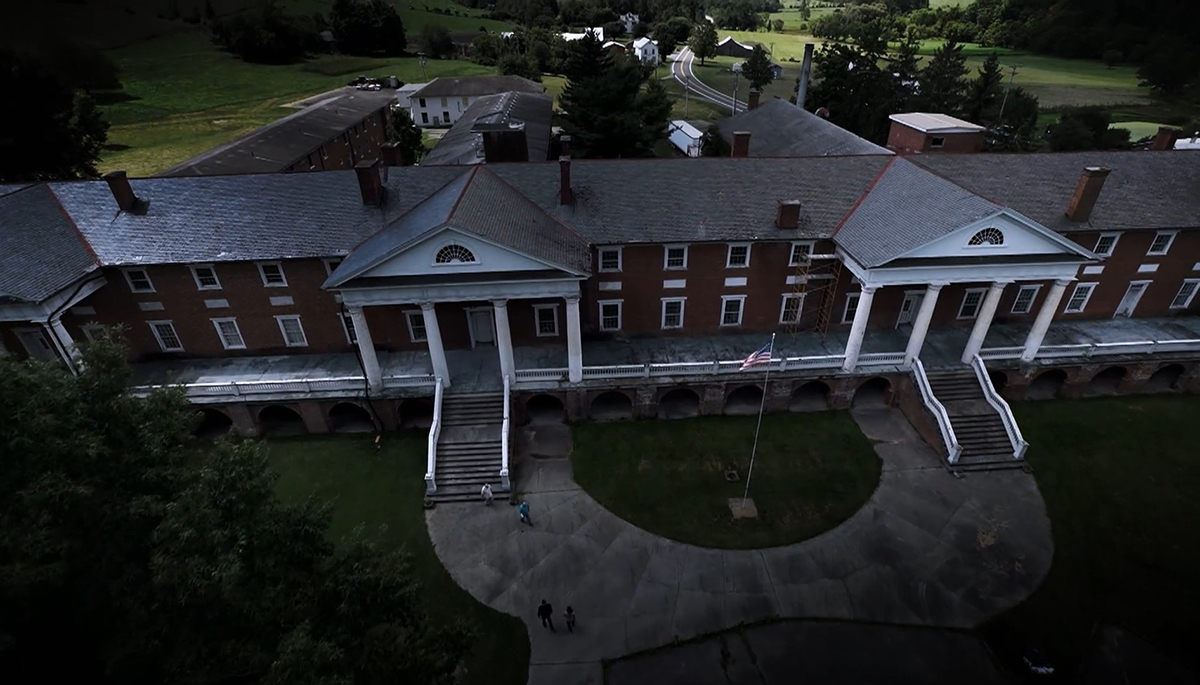 Having recently repeated the entire first two seasons of 'Paranormal Lockdown', the Really channel are now giving viewers another chance to watch Nick Groff and Katrina Weidman in the third season.
In the season's premiere we see the duo bury themselves among the spirits of West Virginia's Old Sweet Springs Resort as they attempt to find out what lurks beneath the surface at this once-idyllic retreat.
Nestled among the foothills of West Virginia's Allegheny Mountain stands the crumbling brick remains of one of America's first luxury resorts. Built in 1795, the grand resort hosted Washington DC's elite, but for centuries before, Native Americans sought the effervescent mineral waters, believing in their sacred spiritual powers. With the arrival of colonial settlers, these healing water soon ran blood red.
Hundreds of native Americans were slaughtered for control of the property, starting off the deep history of tragedy at the springs. In the early 20th century rumours of mysterious drownings surface, including a local sheriff and a young girl. Their whisper are still said to echo underwater by some of those brave enough to submerge.
The resort closed in 1928 and Old Sweet Springs changed hands throughout the following decades, marked with even more death and despair. In the 1940s it served as a state-run sanatorium where hundreds suffered and died from a tuberculosis epidemic. Years later it became a home for the elderly. The building closed permanently in 1993, but according to its owner, it has never been empty. 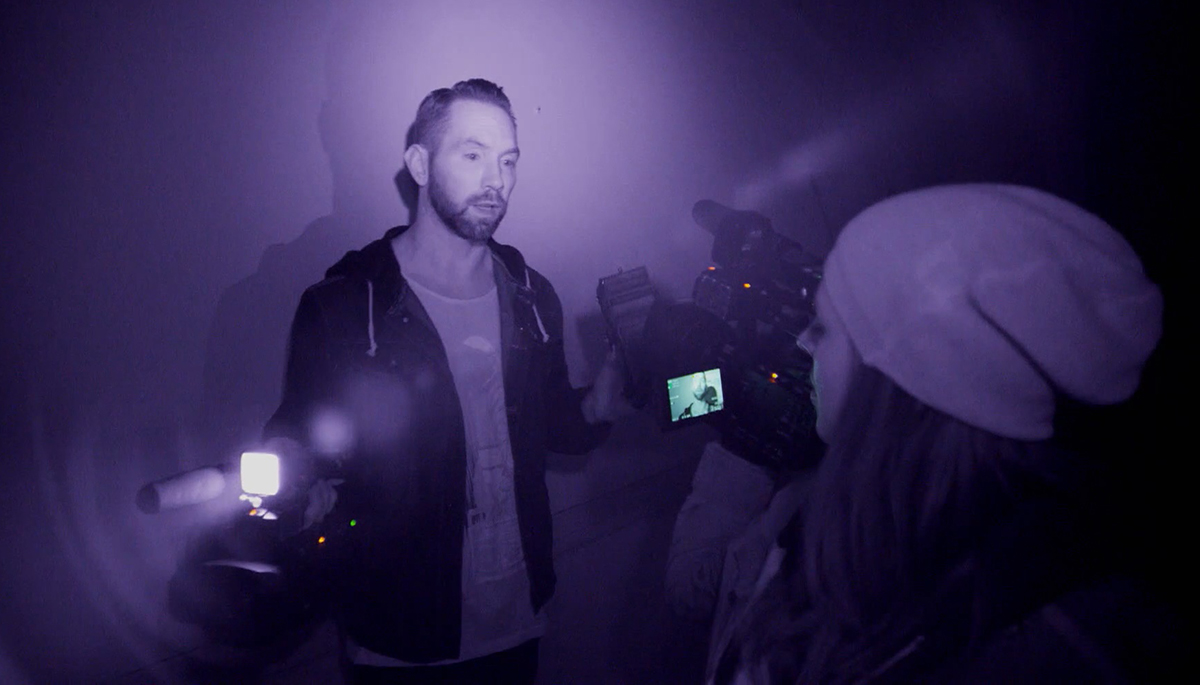 As the episode marks the start of a new season, Nick and Katrina have an arsenal of new ghost hunting gadgets at their disposal, including the new EDI meter - a notoriously unreliable paranormal multi-tool - and an audio device called the Poltercom. Nick describes the Poltercom as a device that "sweeps radio channels to receive realtime spirit communication."
Katrina said, "for night one, it's really important for Nick and I to get a really good baseline for this building," they plan to go floor-by-floor, room-by-room to try to figure out which areas are paranormal hotspots. They begin to wander the building and in one abandoned corridor the heard the sound of something moving in the rubble on the floor, and also a noise like something tapping on pipes, but other than an encounter with a bat the building proved to be quiet. On the first night, Nick slept in the basement, while Katrina set up her bed on the third floor.
The next day they resume their investigation, Nick is using his Panasonic RR-DR60 audio recorder in an attempt to capture the sound of spirit voices in the form of electronic voice phenomenon (EVP). Speaking about the old spring water pools that the location is built around, Nick asked "do you want us to go to the pool? Do you want me to go in it?" This is obviously a loaded question as there is no way that Nick isn't going in the pool in this episode. Katrina adds, "is it safe to go in the pool?" When they played back the recording they heard a sound which they thought was a voice saying "not safe" to their last question.
Of course the pair's next stop is the mineral water pool in the grounds, where the pair seem more unsettled outside the building, Katrina confessed "this a bigger sense of threat out here." She was armed with her thermal camera which could help her spot anything with a large temperature differential, such as a spirit.
The pool area also seemed quiet. At one point Nick reported feeling dizzy and blamed "some sort of energy" he could feel, and then they heard a sound above them in an old pool building, but so far nothing that seemed to suggest anything truly paranormal was going on.
There are historic reports of disembodied voices being heard around the pool, so Nick and Katrina decide to try an experiment to try to capture them. They are using a hydrophone, a special type of underwater microphone. The experiment requires Nick to get into the pool. He dives in to the water, which is surprisingly clean and clear still.
As Nick floats around, Katrina monitored the audio from the submerged microphone. However nothing unusual happened, although Nick did report feeling weak as he climbed out of the pool.
Afterwards he described the supernatural experience as a "paranormal awakening." He said, "I've never felt anything like that before, I want to learn more about it." Based on this, Nick decided to camp out by the pool that night. 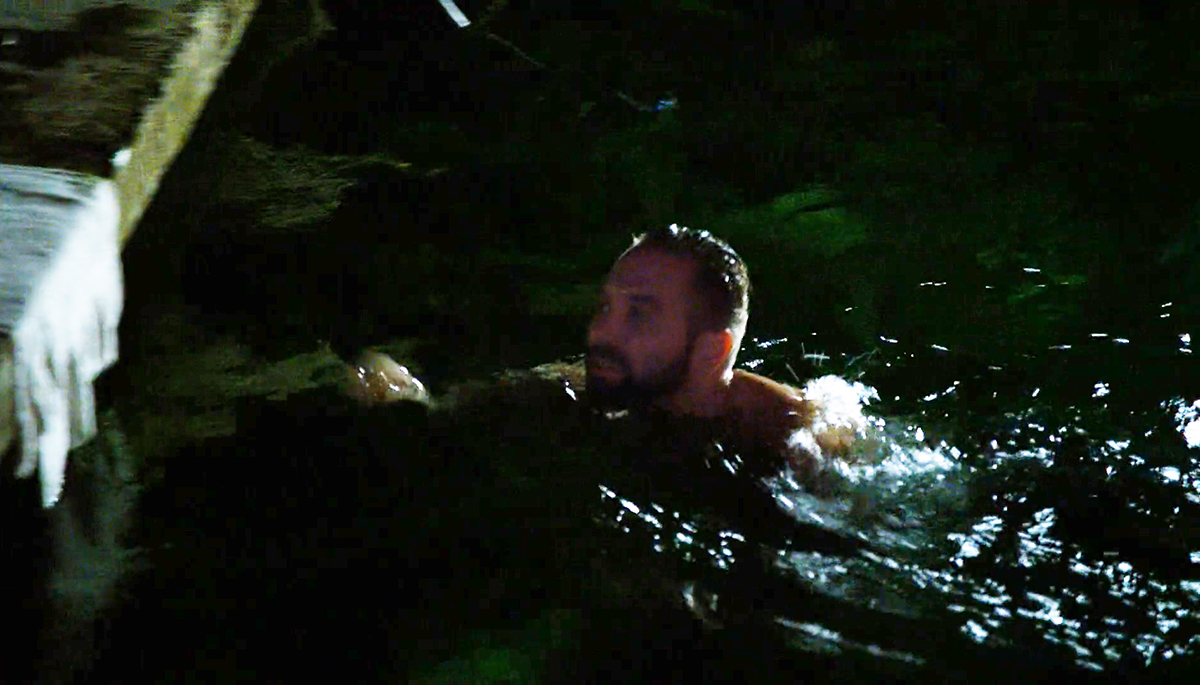 The next morning we see Katrina emerge from her makeshift bed in the dining room on the final day of their investigation. They spend their last night investigating in the former resort's hotel. Early in the vigil Katrina thought she saw a shadow move. Moments later they heard what sounded like something being dragged upstairs. As they were heading upstairs to investigate they heard another very loud sound.
Using a similar microphone set-up to the one used at the pool, but using regular microphones, the investigators attempt to capture spirit voices in realtime. As Katrina walks a hallway calling out, at one point what sounds like a whisper is heard. Nick said, "we spent hours chasing phantom noises all over the building and soon it's morning." With this, their fairly uneventful investigation came to an end.
'Paranormal Lockdown US' continues next week on Really as part of the channel's #Freakend event, bringing viewers three nights of paranormal entertainment every Thursday, Friday and Saturday.
You can watch in the United Kingdom and Ireland as part of the Discovery family of channels. You can watch Really on Freeview (17), Sky (142), Virgin Media (129) and Freesat (160), plus YouView, BT TV and TalkTalk TV. Or watch previous episodes on demand on Discovery+.