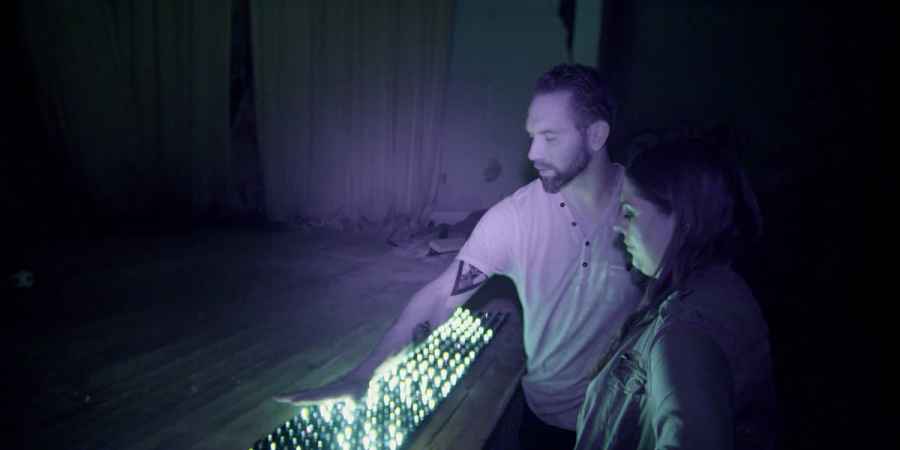 The Really channel have just given British fans of the paranormal another chance to see the whole third and final season of Nick Groff and Katrina Weidman's ghost hunting, 'Paranormal Lockdown'.
With the eight episodes fresh in our mind, how much can you remember about Nick and Katrina's 72-hour lockdowns inside some of America's most haunted locations? Test your knowledge with these tricky trivia questions.

1. In what year did season three of 'Paranormal Lockdown' first air?

2. At the Wildwood Sanitarium Nick set up an experiment that involved shining a laser at what?

3. What's special about the LED light panel that Nick and Katrina use through the season?

4. Which of these buildings did Nick and Katrina NOT investigate at the Kentucky distillery?

5. At which location in the third season did the team try to simulate elements of a thunderstorm inside the property using various pieces of scientific equipment?

6. During one investigation Nick slept in a hammock suspended over what?

7. In which location did the team catch a shadow figure moving on a stage?

8. Which member of the team jumped into the mineral water pool at the Old Sweet Springs?

9. What dramatically fell off of the wall at Wildwood Sanitarium?

10. With the help of a ground penetrating radar technician, what did Nick and Katrina discovered under the Monroe House?


11. Wha did Nick and Katrina witness moving around the at the Old Sweet Springs?

12. Nick and Katrina investigated the location where which famous alcoholic beverage is made?

13. What is the name of the ghost of a murdered women who is said to haunted Bobby Mackey's Music World?

14. What is the name of the ghost hunting tool used in this season with an in-built microphone to create a natural audio loop?

15. At which season three location did Nick and Katrina discover water dripping from some kitchen cabinets?

16. What was the name of the vanished prisoner whose spirit Nick and Katrina believe they contacted at the Old Cambria Jail?

17. In which state is the Beattie Mansion from the season's final episode?

18. What piece of apparatus did the team use to try to simulate the power of lightning during an investigation?

19. Which of these device did we see Nick and Katrina using during the third season?

20. In which decade did the Higginsport School in Ohio close?