Up-to-date details on where to stream episodes of 'Paranormal Lockdown' featuring the investigations of Nick Groff and Katrina Weidman in the UK, including details of its availability on Netflix, Amazon Prime, iPlayer and Discovery+. 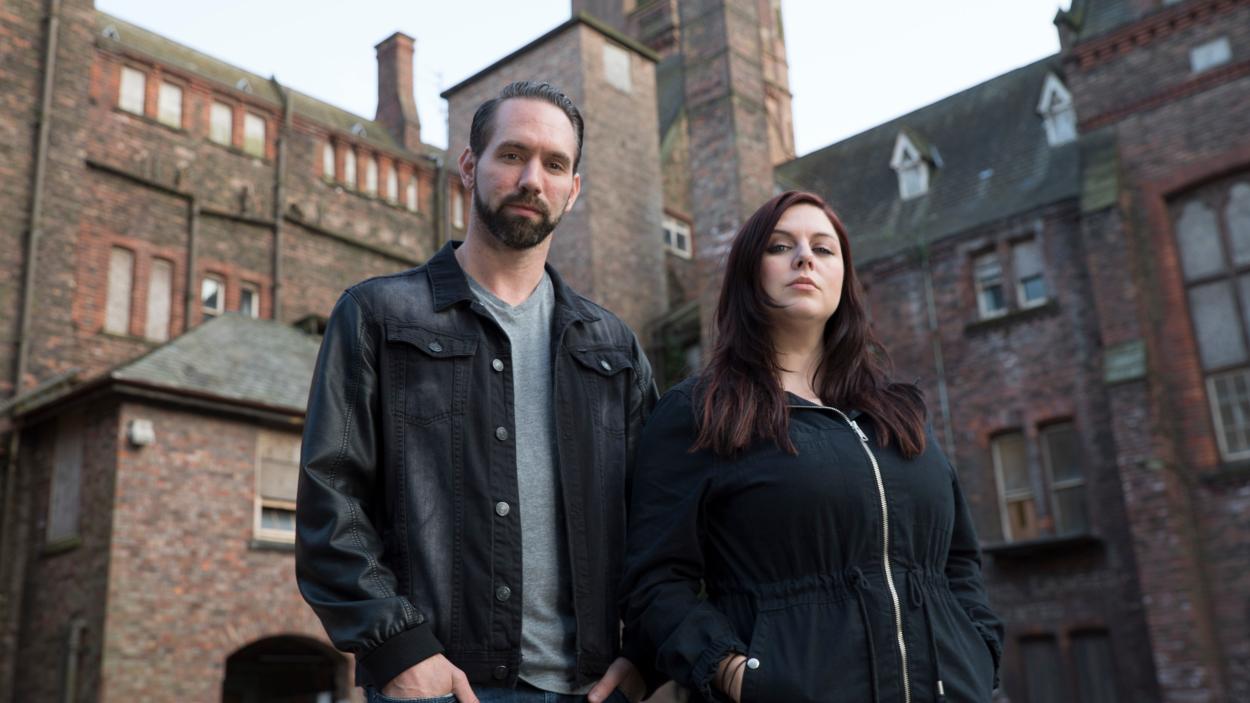 Despite the fact it was announced that 'Paranormal Lockdown' had been cancelled in 2019, many fans of ghost hunting television show still want to watch or re-watch the paranormal series starring Nick Groff and Katrina Weidman.
Over the course of its three seasons, plus the UK spin-off series, we saw Nick and Katrina use an array of ghost hunting gadgets, as they spend 72 hours locked inside of some of the most haunted places in the world, but if you're in the UK, where can you watch this show?
'Portals To Hell' first aired in the UK on Quest Red and later on the Really channel. Although the show is a few years old now, Really regularly shows repeats of the series during its weekly #Freakend programming even, which brings viewers a spooky end to the week with two nights of paranormal themed shows every Thursday and Friday.
You can watch the channel live on your television in the United Kingdom and Ireland on Freeview (17), Sky (142), Virgin Media (129) and Freesat (160), plus YouView, BT TV and TalkTalk TV.
If you miss any of the paranormal shows on Really, then you can head to Discovery+, a streaming service that gives viewers free access to watch ad-funded live television and 30-day catch-ups on all of Really's paranormal and unexplained shows.
Discovery+ launched in the UK last year and replaced the older services dPlay and UKTV Play before that. It is fast becoming the home of paranormal television in the UK, as well as hosting the full back catalogue of 'Paranormal Lockdown', you'll find other spooky shows including 'Ghost Adventures', 'Portals To Hell' and 'Help! My House Is Haunted'.
Discovery+ also allows viewers to purchase an Entertainment Pass that gives them access to extensive box sets and complete back catalogues of some of the network's most-loved shows, including all 36 episodes of 'Paranormal Lockdown'.

The first two seasons of the show are also currently available on Amazon, but aren't included free of charge with a Prime Video subscription. That means it will cost you £2.49 to watch an individual episode, or £14.94 to watch a whole season consisting of six episodes in the first and 13 in the second.
So, this means that 'Paranormal Lockdown' is available in part on Amazon Prime, as occasional repeats on Really with a 30-day catch-up service on Discovery+, or the full back catalogue can be viewed on Discovery+ for subscribers with an Entertainment Pass.
'Paranormal Lockdown' isn't available on any other streaming service in the UK, including Netflix, the BBC's iPlayer, All4, Now TV or YouTube.

Where To Watch 'Paranormal Lockdown'

The first three seasons of the show saw Nick and Katrina investigate locations across America, and in a spin-off season they went on the hunt for ghosts in some of the UK's most notorious haunted hotspots. 'Paranormal Lockdown UK' started with an investigation of a now-abandoned prison in Somerset, which is plagued by strange sounds, shadow figures and voices from the other side.
Viewers can subscribe to Discovery+ Entertainment Pass directly via web or app purchase for a monthly fee of £4.99 with a 14 day free trial. A discounted annual fee of £29.99 is also available for a limited period after which time the annual cost will be £49.99. In Ireland the monthly fee will be €5.99 or discounted annual fee of €34.99.
Discovery+ will be available free of charge to Sky Q customers for 12 months. Once the 12 months is over, Sky customers will be able to add discovery+ directly to their bill.