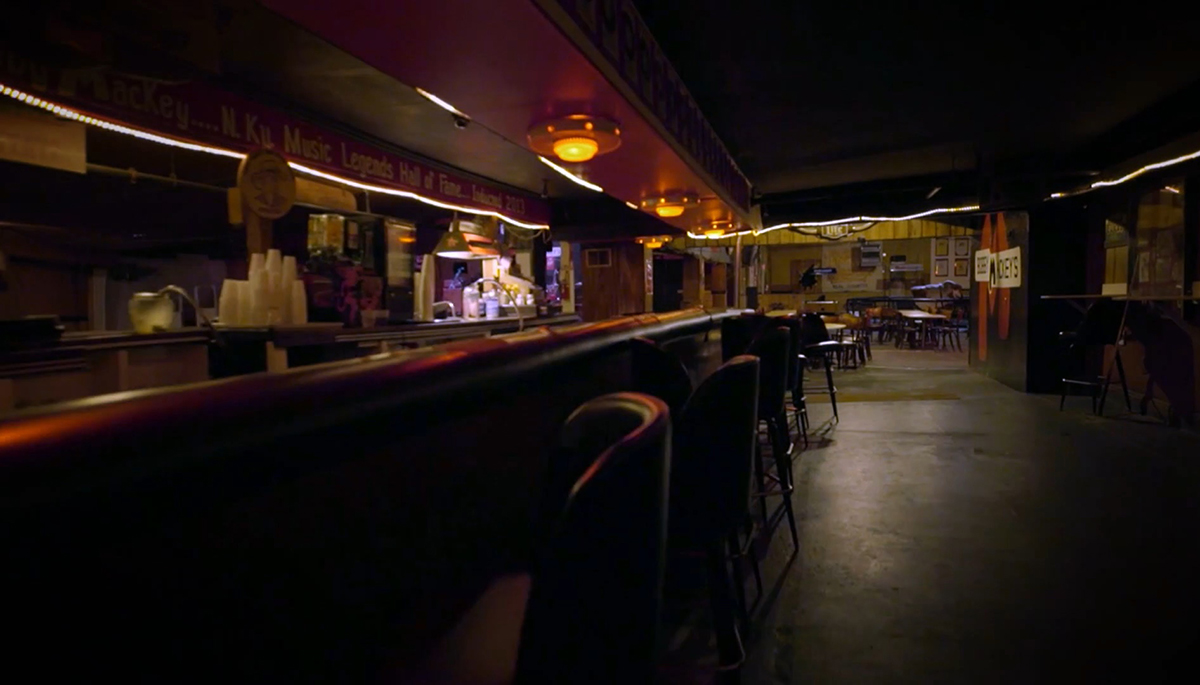 Having recently repeated the entire first two seasons of 'Paranormal Lockdown', the Really channel are now giving viewers another chance to watch Nick Groff and Katrina Weidman in the third season.
In episode four the duo arm up with their favourite ghost hunting gadgets to attempt to track down the dark spirits in one of America's most notorious haunted hotspots. Bobby Mackey's Music World in Wilder, Kentucky is America's notorious mecca for paranormal investigations. Country music legend, Bobby Mackey, purchased the property in 1978. He was fulfilling his dream of owning a country music bar, but when the honkytonk opened, if became clear that the previous spirit tenants hadn't left.
The dark hauntings is the stuff of legend. Shadow figures are said to lurk above the stage and physically attack patrons in the back corners of the club. A well dug out by a former employee in the basement is said to have a negative attachment. In recent years, paranormal investigators have communicated with what they believe to be the spirit of a woman murdered at the site name Pearl.
This episode mark's Katrina first ever visit to the venue, but Nick has his own dark history here. After his last visit several years prior to the recording of this episode, something "unholy" followed him home wreaking havoc on his personal life. He swore he would never return. Together they now have 72 hours locked down inside the property to find the origin of this dark haunting. 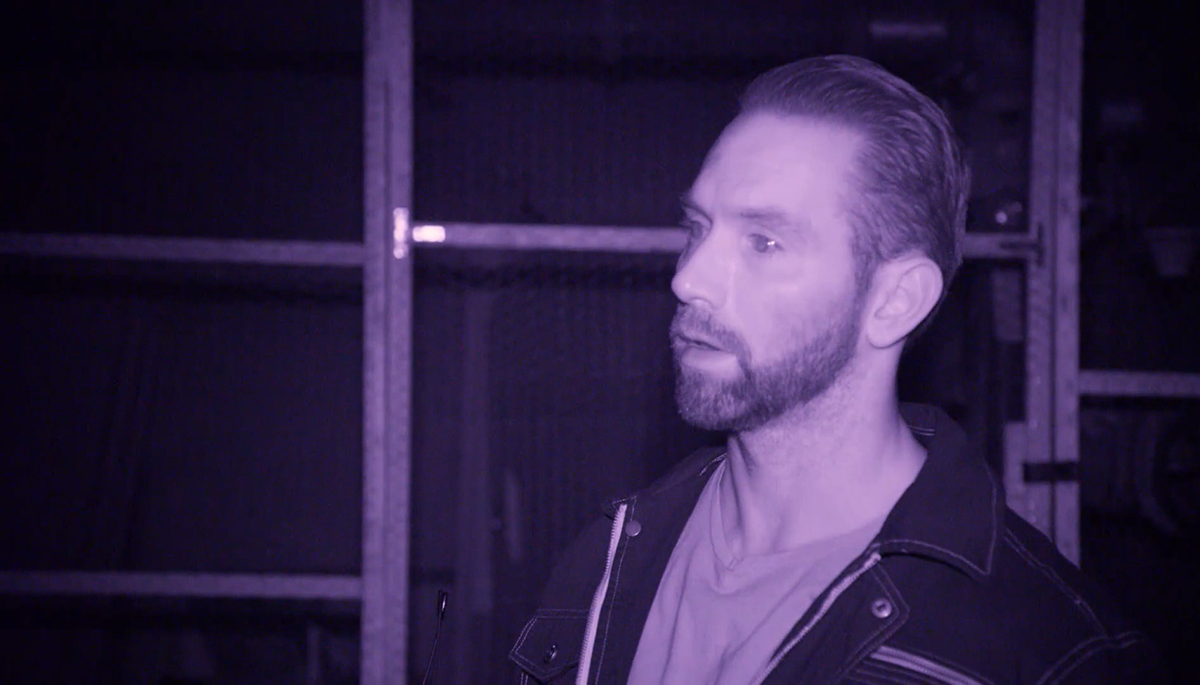 They start their investigation by wandering around the building to confirm its most active spots. Nick reports feeling dizzy off the bat, but as they continue they start hearing a lot of knocks, bangs, and while in the basement they hear footsteps coming from the floor above them. It was a promising start to the investigation.
After hearing a few more knocks, they start using the GeoPort in the bar area. This is a ghost hunting device that monitors vibrations, radio waves and electromagnetic frequencies. It's thought that intelligent spirits can manipulate or use the device's sensors to relay intelligent responses in the form of words or phrases. They get a few sounds through, but nothing that offered conclusive proof in the same league as the physical knocks and bangs they'd already heard. After this the pair found spots around the building to sleep.
During the night they captured a sound on camera in the basement, whatever caused the sound was so powerful that it made the camera shake. The incident occurred in the area of the basement where the sinister well has been dug out. The next day Nick and Katrina head down to investigate and almost straight away hear a very strange moaning sound and moments later a similar knock to the one in the night. They couldn't place where either of the sounds came from.
Later back up in the bar area they heard something move near the bar. To try to communicate with whatever is making the sounds they use a device called a spectral GeoBox. This is similar to the other GeoBox device but it's based around a laser light source and pick-up. The laser light signal is converted into sound giving spirit a chance to interfere with the beam in order to make sounds and communicate. Quite early on a noise through the box sounded like a voice saying "Nick Groff," but no other words or phrases came through to provide the answers they were looking for.
Later that night they head back down to the basement to set up some motion-sensing strips of lights around the room and running along the top of the fence in front of the well. Nick actually slept in a hammock suspended over the well, while Katrina slept at the other end of the basement. During the night, Nick was awoken by the lights around him lighting up.
Reviewing video footage recorded over night, they see a glowing ball moving across the screen. While they investigators are convinced this is paranormal, it has all the hallmarks of a spider crawling on a web in front of the camera. It appears as a ball because it is close to the camera and out of focus, and glows because it is intensely illuminated as it is right next to the camera's infrared light source. It's a little worrying that they're not even heard considering this possibility in the episode. 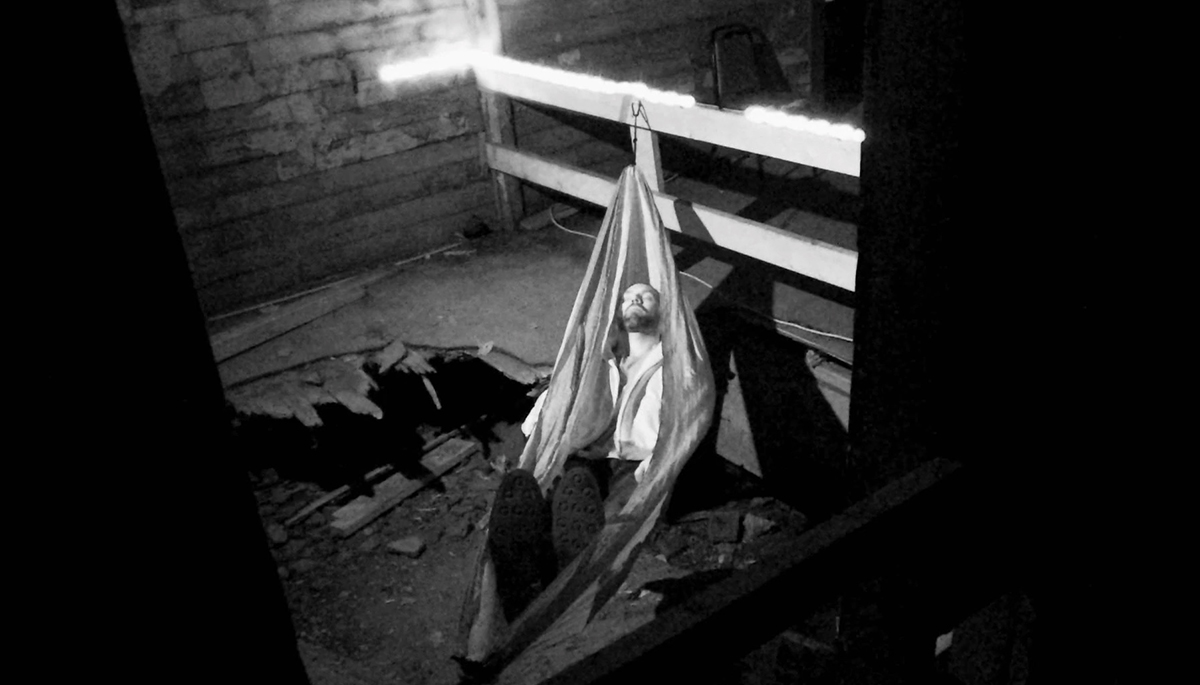 On their final night at Bobby Mackey's Katrina is keen to see whatever entity resides here in action. She hopes that capturing the spirit on in a different form might answer some questions. They plan to use an SLS camera, a special type of camera that uses 3D mapping technology to detect human-like shapes in the darkness, it highlights them on its screen in the form of a stick figure.
They are also using a thermal imaging camera and Nick is wearing a device called a God helmet which is said to heighten awareness through its use of electromagnetic fields. While blindfolded and wearing this helmet, Nick has some interesting visions, which he describes to viewers. As he does the motion-detecting lights lit up once again. There's then a loud sound, but it's not discussed or explained what caused it or and nothing was caught on camera moving.
The SLS camera then started to map out of small glitching and twitching figure in the form of a stickman. Moments later it disappeared before it provided enough information to answer any of Katrina's questions.
Despite the venue's sinister reputation, the case wasn't harmful or threatening in anyway, it wasn't even particularly scary, but it was fairly active in terms of knocks and bangs. Unfortunately, Nick and Katrina failed to uncover for origins of this dark haunting as they had set out to.
'Paranormal Lockdown US' continues next week on Really as part of the channel's #Freakend event, bringing viewers three nights of paranormal entertainment every Thursday, Friday and Saturday.
You can watch in the United Kingdom and Ireland as part of the Discovery family of channels. You can watch Really on Freeview (17), Sky (142), Virgin Media (129) and Freesat (160), plus YouView, BT TV and TalkTalk TV. Or watch previous episodes on demand on Discovery+.