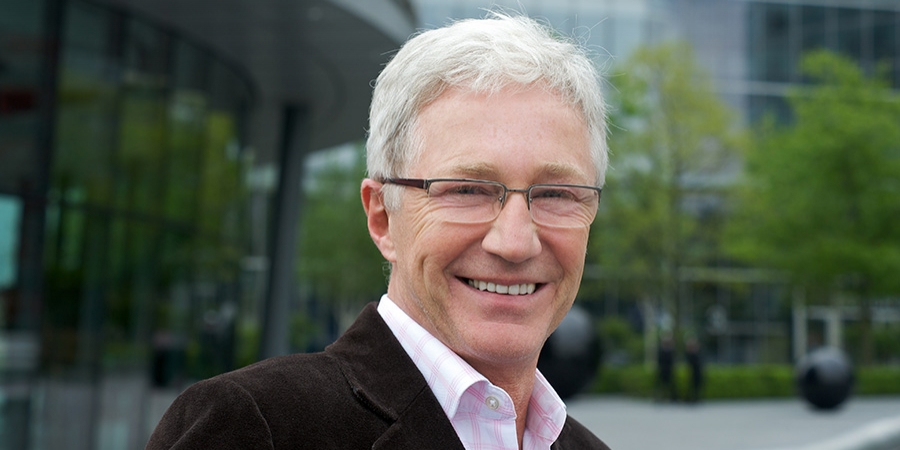 Photo: sco.wikipedia.org
British comedian and television presenter, Paul O'Grady, has admitted that his house is haunted by the phantom aroma of a mysterious perfume.
Paul made the confession on television ghost hunter, Yvette Fielding's new podcast, 'Paranormal Activity'. Paul told Yvette, "when I first moved in here, people used to say they could smell perfume and I couldn't, I never smelt it. It was about two years later, I got up one night and went downstairs for a drink, and I smelt it on the stairs, it hit me."
A strange tale, but that's not all. As Paul tells Yvette, "now, here's the weird bit..." He continues, "I went to lunch two years ago and the girl who was sitting next to me was a friend of one of the relations of the lady who lived in this house, and she had a message for me, the girl, she said 'ask Paul does he smell the perfume'."
The girl told Paul that the perfume is Joy by French fashion designer Jean Patou, so the telly presenter bought of a bottle to check out her story. He said, "I went and got a bottle off eBay, one of the old fashioned ones, to see if it smelt the same and it was. It's called Joy."
Although Paul hasn't smelt the perfume for a couple of years, he's still convinced his house is haunted. In fact even his good friend, Yvette and her husband and 'Most Haunted' co-star Karl Beattie, have reported hearing unexplained knocks and bangs in the house.
Speaking on the podcast, Paul said, "we did go through a period in here when there was all manner going on, we were watching the telly one night and the lamp came on."
However the most terrifying phenomenon experienced by the entertainer was when he heard footsteps upstairs. Paul joked, "I'm out the back kitchen door. I'm on my way back to Birkenhead, with bags packed and a dog under my arm."
Paul went on to share his own views on life after death. He said, "if there is an afterlife, I'm coming back as a poltergeist. I can't wait." He tells Yvette, "you'll be in your kitchen and a plate will go flying, and you'll know it’s me."
Laughing, Yvette replied, "we could be bad together, couldn't we. We could go to the Houses of Parliament." An excited Paul adds, "oh, we could do all sorts. I'd pee in the members' drinking tank and all manner of stuff. I'd do terrible things. It would be such a hoot."
He concluded he'd probably get bored after a while and added, “they'd get an exorcist in and that would be the end of us - puff of smoke and straight down to hell for bad behaviour."

Despite never seeing a ghost himself, Paul is no stranger to the world of the paranormal, he and the former 'Blue Peter' presenter go back years - in fact Yvette calls Paul her "paranormal partner".
He's even joined her on several episodes of 'Most Haunted', most recently in 2015 when the team visited an unassuming council house in West Yorkshire which is said to be home to Europe's most violent poltergeist. He confessed to Yvette in the podcast, "I don't know why I go on these things with you because I'm terrified."
Although Yvette reminds him, "you're always incredibly brave at the beginning." This was true of the West Yorkshire episode when Paul showed that he had a unique and abrupt approach when it came to speaking to spirits. Talking to the poltergeist at Pontefract he said, "do you mind going so people can live in this house in peace, thank you very much. Go on piss off to the 16th century, or wherever you're from." Later in the live episode, Paul taunted the poltergeist further, "call yourself a poltergeist? You're a disgrace to the forces of evil."
In the podcast, the pair also reminisced about their time hunting ghosts and vampires on Poveglia, a small island off the coast of Italy that's said to be haunted by the souls of the plague victims abandoned there. Their findings made it into a two-part documentary entitled 'Death In Venice' that aired in 2009.
While on Yvette's show, Paul did confess a love for the paranormal. He told her, "I have to be honest, I do like ghost hunting. There's a couple of reasons, to really see if there's an afterlife, to see if there is anything, and two for the sheer fun of it. I do like running around in the dark screaming, chasing after you."
Paul made the news in May 2018 when he admitted that he had trained as an exorcist in order to help the ghost of his showbiz pal, Cilla Black, move on. Paul said he had been aware of Cilla's presence around him since her death in 2015. Speaking at the time, he said, "I've been exorcising ghosts. I've actually been exorcising our Cilla. I was very conscious so I'm glad I've done it."
So far in Yvette's weekly podcast, 'Paranormal Activity', she has talked about her very first encounter with a spirit, her incredible contact she has with her late father, and even her own UFO sighting. The first lady of the paranormal also discussed stone tape theory, poltergeists and spoke to listeners about their own paranormal experiences.
'Paranormal Activity' is available in all the usual places with a new episode each Thursday. If you've seen or experience something paranormal you can contact the podcast by sending a voice note to the show at paranormalactivitypod@gmail.com and you could be featured in the next episode.
Tags:
most hauntedpodcaststopicalparanormal