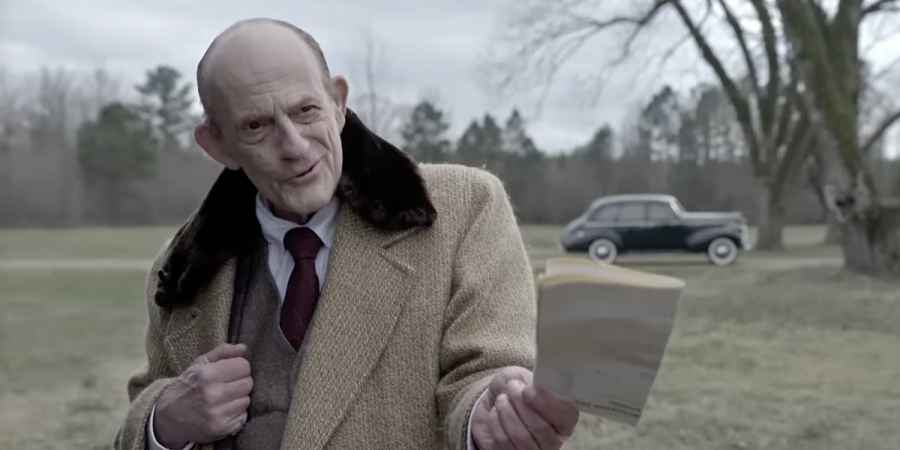 The legendary Christopher Lloyd stars in 'Spirit Halloween The Movie', a seasonal film based on the US retailer that operates more than a thousand pop-up stores each Halloween.
The movie also stars Rachael Leigh Cook and a fantastic cast of up and coming talent. It is inspired by the world's largest Halloween retailer, Spirit Halloween, and has the look and feel of classic teen adventure films like 'The Goonies' and 'Indiana Jones'. Complete with old-school animatronics and set pieces provided by the pop-up shop.
The family-friendly film tells the story of three middle school friends who think they've outgrown trick or treating who make a pact to spend the night locked inside a new pop-up Halloween store that's opened in a deserted strip mall.
They soon find out that the store is haunted by an angry evil spirit, voiced by Lloyd, who has possessed the creepy animatronic characters. The kids will need to embark on a thrilling and spooky adventure in order to survive the night and avoid becoming possessed themselves.
You can watch the trailer for 'Spirit Halloween The Movie' below, which was first shown at an exclusive premiere at the opening of Spirit Halloween's flagship store back in July. The event was attended by cast members Marissa Reyes, Donovan Colan, Dylan Martin Frankel and Jaiden J. Smith.
Directed by first-time filmmaker David Poag and written by Billie Bates, the film is pepper with 70s and 80s cult references, a winning formula employed by the creators of the Netflix smash, 'Stranger Things'.
It should come as no surprise that the best thing about this movie, which will be available to stream from October 11, is Christopher Lloyd. The 83-year-old 'Addams Family' actor gives a fantastic performance as always, appearing as corrupt landowner, Alex Windsor.
Although his character doesn't make it past the first five minutes of the film, his spirit returns and is menacingly voiced by Lloyd, giving throwbacks to his 'Who Framed Roger Rabbit' role as the sinister Judge Doom.
The movie is mildly entertaining and fairly watchable, especially as a film to set the mood for Halloween. However, the movie is essentially just an 80-minute-long commercial for Spirit Halloween, a seasonal retailer founded in 1983 that operates more than a thousand pop-up stores each year in empty retail spaces across the United States and Canada.
'Spirit Halloween The Movie', which also stars Marla Gibbs and Brad Carter, will be available to stream on-demand from October 11.
Tags:
halloweenhalloween 2022moviestopical