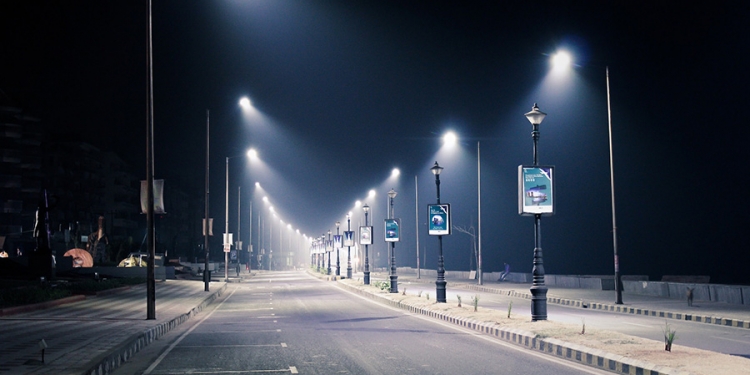 Photo: pixabay.com
The paranormal phenomenon of Streetlight Interference (SLI) is a strange psychic ability whereby individuals are able to switch streetlights on or off when passing near them. The term was coined by Hilary Evans, a British author and researcher of UFOs and other paranormal phenomena.
Most commonly SLI refers to claims of people being able to "extinguish a row of sodium vapour lamps in sequence, each one going out as the witness nears it". But, the phenomenon isn't just limited to streetlights, it can also include the ability to turn on or off security lights, the power to a whole building and just about anything else.
For example, Evans writes in his 1993 book on the subject of SLI about a man from Australia who parks his car in a parking lot. As he does, the light above him goes out, but when he returns the following evening and parks in the same space, the light comes on again.
Like most psychic abilities, no one has yet given a satisfactory demonstration of SLI under controlled conditions, but Evans says that the phenomenon is "not consistent with our current knowledge of how people interact with the physical world."
Seeing a streetlight come on or off as you pass by obviously could happen by chance, as they automatically turn on and off at certain times of day. With older high pressure sodium streetlights the chances of seeing a light switch on or off increases as the lamp reaches the end of its operational lifespan and it enters a failure mode known as "cycling".
Skeptics say that the phenomenon is nothing more than an example confirmation bias. It's unlikely that a light will turn itself on when you walk past it, so it seems impossible when it happens to you. We are much more likely to notice a nearby streetlight turning on or off than they are to notice a one at a distance switching on or off.
However, those who have experienced the phenomenon firsthand, known as "SLIders", say it happens to them far more regularly than it would if it was just chance. Like the tail of a young man in Dublin who walked past a row of streetlights at night and they went out one by one as he passes, or an engineer in Woodville, Washington, who is stopped by police and his car searched to find out what he's doing to their streetlights.
Most SLIders believe that some kind of unknown "energy" being emitted by their bodies is responsible for SLI, but this is purely speculative as no one has yet been able to demonstrate the phenomenon on demand, especially as SLI doesn't always happen deliberately. In most cases it seems to spontaneously happen without any conscious intent.
Although SLI doesn't generally occur consciously, some who have the ability say that it occurs most often when they are emotional or angry. Like the guest in a restaurant in Athens, Greece, who asked that the music be turned down. The waiting staff refused, so she kills the restaurant's electricity and they eat the rest of their meal by candlelight.
Those who experience the phenomenon also claim to regularly effect electrical equipment such as lamps and electronic children's toys, watches and clocks stop more frequently than they should, and appliances like televisions and radios seem to come to life when the volume and other settings spontaneously change of their own accord.

SLIders: The Enigma of Streetlight Interference

Streetlight Interference was once considered to be folklore, something that happened to a friend of a friend. In this, the first full-length book on SLI, we hear from some of the hundreds of SLIders who have reported their uncanny experiences, and consider the wider implications of this fascinating phenomenon.

"As strange as it sounds, people being able to turn street lights off at a distance. This excellent book by Hilary Evans shows that it is a very real phenomenon. As this is the first full length book on the subject, this is destined to become a classic.” - David Taylor, Northern Earth

"Anomalist Books have carved for themselves a first-class niche in the field of publishing thought-provoking and near-unique titles on anomalies of the mind, the physical world, and those strange realms beyond. And, SLIders is a great addition to [their] ever-expanding list of titles." - Nick Redfern, Reviews of the Mysterious Kind