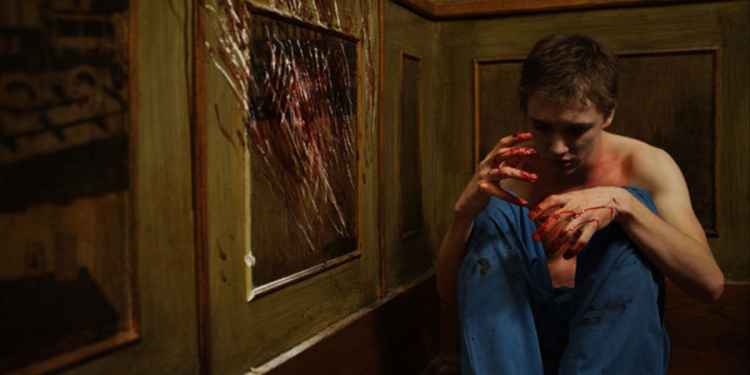 We've been uncovering some of the real life haunted histories of Hollywood movies, today it's the turn of the 2009 supernatural film, 'The Haunting In Connecticut'.
Of all the movies we've looked at the real history of, this Peter Cornwell film is the most far fetched and the hardest to pick out any obvious trace of a true haunting in. Although not part of the Conjuring series, the film is based on one of Ed and Lorraine Warren's cases - the husband-and-wife paranormal investigators don't feature as characters in the movie.
In 'The Haunting In Connecticut' we meet the Campbell family, who have just moved into a new rented home in Southington, Connecticut. Over the course of the movie the family make the grim discovery that the house was once used as a funeral parlour. The house's dark past starts to torment the family, especially the couple's son, Matt.
The Campbells' story is based on the real life case of Allen and Carmen Snedeker who, like in the movie, moved into a rented house with their four children in 1986. It's claimed that the house's basement was used as a mortuary, something that was mirrored in the film.
The family claim that they were victim to a violent haunting that focussed on their eldest son, but spread to other family members. Most disturbing of all is the claim that both parents were physically assaulted by the evil presence that lingered in the house.
When the real life haunting started getting violent, the Snedekers called Ed and Lorraine for help. It was their conclusion that the cause of the haunting was a demonic attachment to the house - this was often their conclusion. After making their diagnoses, an exorcism was carried out to rid the house of its demons. In the movie's version of the story Matt burnt the house down - this was merely to give the movie a suitably climactic Hollywood ending.
The reason why this movie doesn't follow a true story as closely as some of the others we've looked at recently is because of the events that surround the journey of the story becoming a movie. Apparently Ed and Lorraine brought in Ray Garton, a horror novelist, to write about the Snedekers' story.
As Garton got deeper into the story, things didn't seem to add up to him, and when the book 'In A Dark Place: The Story Of A True Haunting' was released in 1992, Garton challenged the fact that it was labelled as non-fiction and stated that the story wasn't true.
Speaking to 'Horror Bound' magazine about the interview he conducted with the Snedekers during the writing process, Garton said, "I found that the accounts of the individual Snedekers didn't quite mesh. They couldn't keep their stories straight. I went to Ed with this problem. 'Oh, they're crazy,' he said. 'You've got some of the story, just use what works and make the rest up. Just make it up and make it scary.'"
In the movie the home was rented to the family by a man, but in real life it was the female landlord who spoke out about the case to the 'Skeptical Inquirer' magazine. She said that the whole story was ridiculous and that she had never heard of any unusual experiences before or since - but to this day the Snedekers stand by their story.