Find out why you can't stream 'The Craft: Legacy' in the UK despite it being released on October 28 and the pre-release news that it would go straight to streaming services. 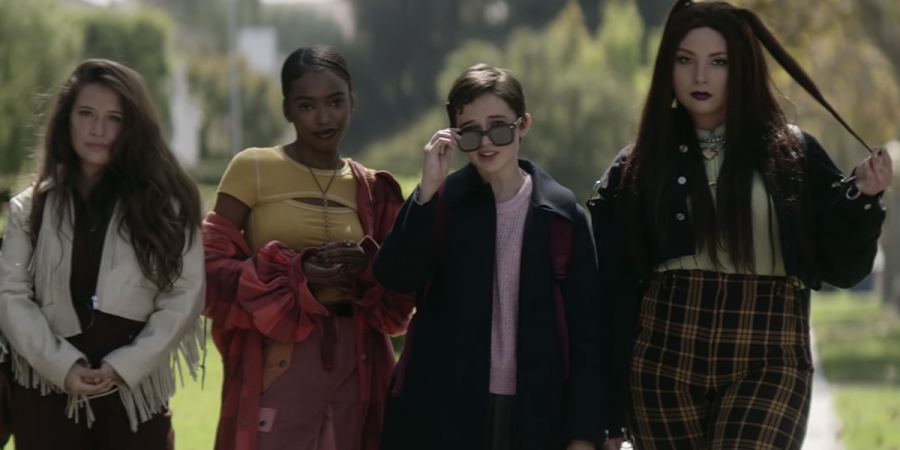 The big day has arrived, the new version of the cult movie, 'The Craft' has finally been released. Twitter is full of reviews from fans in the US who have seen the movie.
You've probably read the news before the release that 'The Craft: Legacy', which is set 20 years after the original, would be available to stream at home and that it would be bypassing the cinema due to the pandemic.
Now the day has finally come and the Blumhouse's official website has links to rent the movie... but something's wrong. None of the links are available in the UK.
But the release date was Wednesday, October 28 in the UK too, right? Yeah. The problem is, while the movie has gone straight to premium home release in the US, here in the UK it's actually had a cinema release.
So you can stop searching Amazon Prime, step away from iTunes, sadly if you're in the UK, you're not going to get to see 'The Craft: Legacy' from the safety of your own home this year. You're just going to have to stick your mask on and brave the cinema.
The film stars Gideon Adlon, Lovie Simone, Zoey Luna and Cailee Spaeny as a group of outcasts who form their own witches coven to dabble in black magic and the occult. David Duchovny and Michelle Monaghan also appear as the parents of one of the girls, Hannah, played by Spaeny.
While Brits will have to make the choice whether to go to the cinema to watch the film or not, in the US fans of the film are preparing for a virtual watch party from their own homes.
The watch-along with the cast and filmmakers takes place on Thursday evening on Twitter. Lucky Americans, who can rent a copy of 'The Craft: Legacy', will be able to tweet along live on Twitter using the hashtag #TheCraftWatchParty.
The filmmakers have even put together a handy watch party kit which you can download here.
It includes instructions on how to make 'The Craft: Legacy' inspired snacks to munch on as you watch.
There's also a survey designed to help you look deep into your soul and work out which of the movie's witches you are most like to uncover the role you will play in your chosen coven.
There's also a nail tutorial inspired by each character's spiritual elements, which will help you make your own witch coven come alive
on your fingernails.
Tags:
witchcraftmoviestopicalhalloweenhalloween 2020amazon prime