Why Do Objects Randomly Fall For No Reason?

You must have experienced that phenomenon when you're sat at home and suddenly something on a shelf suddenly falls off for no reason, there's no one near it and it's been sitting on that shelf for months. Why should it randomly fall now? Is it paranormal, is there a spiritual meaning, or is there a rational explanation for these items unexpected movements? 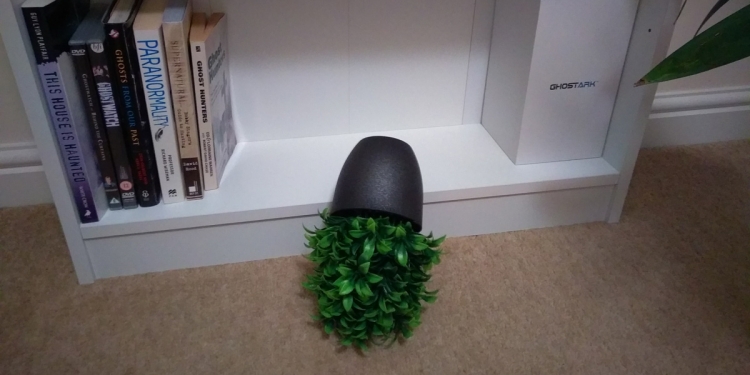 A few nights ago I was in my living room writing a couple of articles for my website about the Enfield poltergeist. The room was dimly lit, cozy, and in the background I was watching some interviews with some of the paranormal researchers who investigated the Enfield house. Suddenly, I heard a bang, I hit the mute button and went to find the source of the noise.
I'm a skeptic so my first thought wasn't that this noise was supernatural, clearly something had fallen. I searched the house but nothing had fallen as far as I could tell. Suddenly the dim setting in the living room was no longer cozy, it was creepy. It's easy to understand why those less skeptical than me might assume that this occurrence was the result of paranormal activity, and despite the fact I'm a non-believer, I have to admit I turned the lights on in order to search the house better but I still couldn't find the source of the bang.
It was only the next day when I happened to notice that some books had fallen from a shelf in my office. 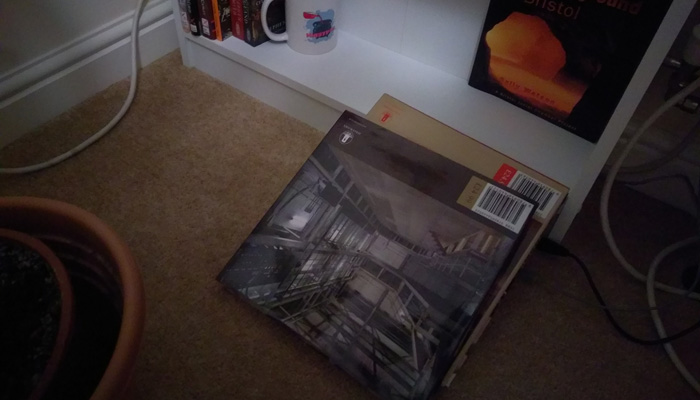 The reason it was hard to spot these books lying on the floor is because this particular book case is tucked away in the corner of the room between the wall and my desk and behind a big pot plant. This got me wondering why the books had fallen at all.
These two books had been propped up on the bottom shelf of the bookcase for about three months, I haven't touched the books, I haven't touched the bookcase and I haven't even walked past it because the plant gets in the way. So, why did these books suddenly fall? 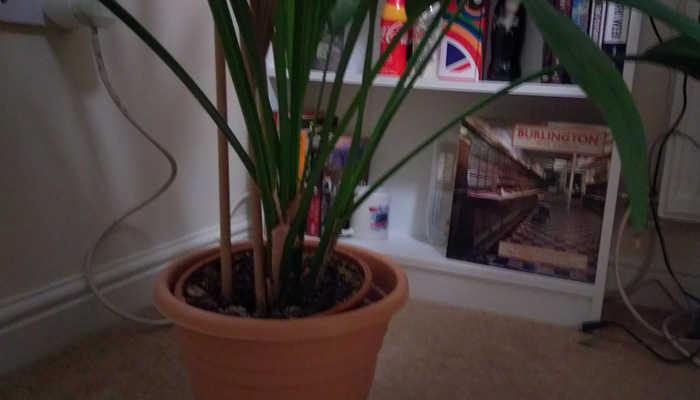 What Causes Objects To Suddenly Fall When No One Is Near?

There are plenty of reasons why this might happen, the object could have been perched precariously in the first place, meaning the slightest nudge or draught could cause it to fall over.
Items can also fall off of a piece of furniture over time due to tiny forces generated from within the home, things like the vibration from a desktop fan, air conditioner, plumbing, or a nearby washing machine, even a sudden change in air pressure due to opening a door or window could cause an object to topple over.
There's also plenty of external sources which can cause vibrations, like road works outside the house, heavy traffic passing by, an earthquake, low flying aircraft, or a gust of wind through an open window. In fact even with the windows closed, a strong gust of wind can affect the pressure inside due to the elasticity of the glass.
A gust of wind or an earthquake is enough to break an object from a position of stable mechanical equilibrium in just one blow, but what about when there is no apparent reason and no obvious vibration?
You may not think that vibrations can cause an object to fall but this can be a slow process. This is why these objects fall after being left on a shelf or table top for days, weeks or even months. The object doesn't appear to move but it is, just very slow and then at some point the object's centre of gravity changes and it falls over.
Every time you switch your washing machine on the vibrations could be slowly edging an object in the house slightly closer to tipping point, until one day, it falls. The most common way an object can be effected by these kind of vibrations is your own movement through the house, especially if you have wooden floors. Each time you walk through a room you create vibrations, opening or closing doors could also be a cause, as could banging on a wall. 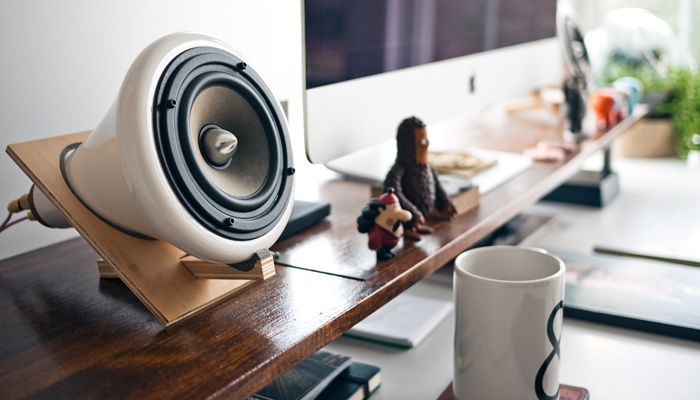 Photo: pixabay.com
A good example of this is if you have a small toy or piece of stationary on a desk, also on the desk is a speaker which is playing loud music. The vibration from the speaker can cause the object to inch closer to the edge of the desk by a fraction of a millimetre at a time, eventually it'll fall off the desk.
A change in air pressure can also cause something to fall off of a desk. Let's say you've put a book down on a desk in a rush, half the book is on the desk, the other half is hanging over the edge but it's balanced and stable. It could stay like this for days, but if you've happened to balance it in just the right way and suddenly there's a change in air pressure then that book's balancing point might change and it falls. 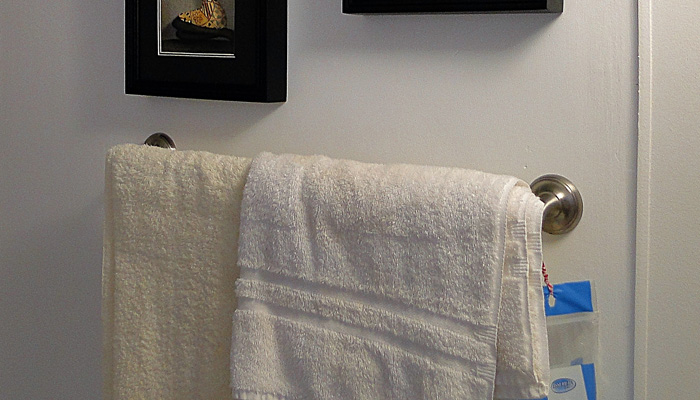 Photo: pixabay.com
Another factor which can make something fall is gravity and how gravity effects an object as it changes state. A towel for example, placed on a towel rail in the bathroom. It can be hanging over the rail quite happily, then all of a sudden it slips and lands in a heap on the floor.
In this case the towel is slightly uneven, there is more of the towel over one side of the rail than the other, it's being pulled down by gravity but very slowly as the friction of the towel on the rail stops it sliding off quickly... but it is moving and the heavier side is getting longer and heavier compared to the shorter side. Eventually there's not enough resistance and the gravity is able to overcome friction and all of a sudden the towel simply slides off of the rail.
The towel drying over time could also change how gravity effects it, if one side of the towel is wet it will be heavier, as it dries it will get lighter and change the balance of the towel.

Objects Thrown Across The Room?

Those who want to believe in a paranormal explanation may say that they found an object in their house had been thrown across the room, is there a rational explanation for this too? Well, yes... but it may be harder to explain.
When something falls, usually it hits the floor and stays roughly where it landed but there's a chance it might hit something on the way down and get deflected, land on something, roll, bounce or a combination of all of these actions. In this case the landing position and orientation can be very hard to predict.
It's a little like when you drop a coin into a penny falls at an amusement park, it's almost impossible to get a coin to drop in exactly the same way two times in a row.
So, next time you think an object might have been thrown by a poltergeist, think again as there's probably a rational explanation. In fact skeptic and paranormal investigator, Carrie Poppy says that 100% of the time, science can explain away any paranormal claims.
Carrie says beliefs in the supernatural are away of filling the gaps in our knowledge and explaining things we can't explain any other way, "we use these things as stop gaps for things we can't explain. We don't believe them because of evidence, we believe them because of a lack of evidence."