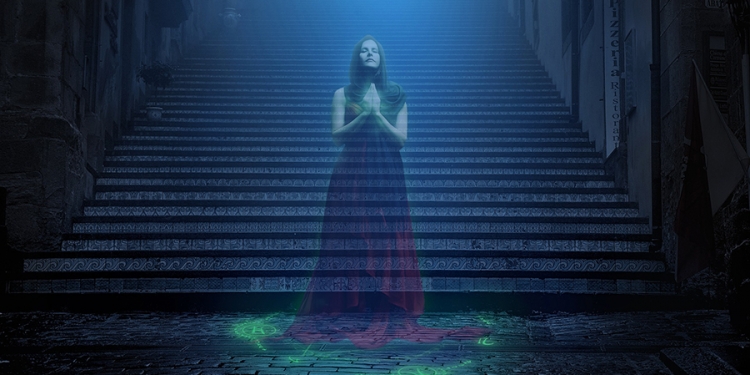 Photo: pixabay.com
"You'll never see a ghost with that attitude" is something I've been told many times. You might have been told similar yourself. I've also seen many comments in paranormal groups online that pose the question, "if you don't believe in ghosts, why do you go ghost hunting?"
The latter is pretty easy to address. Skeptics go ghost hunting out of curiosity and because they're open minded. Most believers would describe themselves as being open minded because they believe in the supernatural, but in actual fact their minds are more closed than the curious skeptics who go ghost hunting.
Skeptical investigators hold a belief that ghosts don't exist, but they're open minded enough to test their own belief and attempt to find out for themselves. Whereas most believers aren't open minded enough to test their belief that ghosts do exist.
For a hard skeptic a ghost hunt can also be a fascinating psychological experiment where they can witness first-hand why people experience haunting phenomenon. We all know that in certain conditions the mind can see what it wants to see, and the psychology behind the operation of a Ouija board is well understood. It can be interesting to see these principles in action.
But what about this claim that by being close minded or skeptical about ghosts means that you'll never see one. This also strikes me as being very inaccurate. There are countless stories of people who don't believe in ghosts moving into new houses where they experience ghostly goings-on and are converted to believers.
There's also plenty of cases of non-believers experiencing the paranormal in their place of work, in hotels and various other locations, despite the fact they weren't a believer and were in no way open to the possibility of seeing a ghost or experiencing haunting phenomenon.
Many ghost hunters will tell you that paranormal activity is more prevalent during an investigation when the energy of the investigation team is positive. Again, this doesn't make sense as ghosts have appeared to people in all sorts of situations, in positive times of joy, right through to in times of desperation and depression - not to mention times when people are indifferent when lazily sitting around their own home in no particular state of mind.
Believers will tell you that on a ghost hunt you need to "keep the energy up" and continue to call out to any spirits that might be present, but again this shouldn't really be the case. Some of the most convincing reports of hauntings have occurred when people are going about their daily lives. There are reports of people seeing ghosts while cleaning, playing, watching a play, and even while driving.
Of course there's no harm in calling out on a ghost hunt and trying to encourage any spirits that are with you to communicate or show themselves to you, but it shouldn't be a hard and fast rule. It is clearly not the case that ghosts only show themselves when they are encouraged to do so.
Logically an approach where an investigator or team simply sits in a haunted location is just as valid a method of investigation. Whether the vigil is held in silence or while engaged in conversation or another activity, there's no reason why paranormal activity shouldn't occur if it is regularly reported by those who experience it at the location when they're not looking for or encouraging it.
Unfortunately, many believers will ignore this logic and instead pin the blame on the skeptic if nothing happens. If a skeptical investigator decides to take the approach of waiting for activity to naturally happen and then nothing does, a believer will often say "it's because you weren't positive" or "you weren't calling out enough."
It's the same defensive strategy that psychic mediums use when they get something wrong. Rather than taking the blame themselves they often blame the sitter. If the psychic mentions someone during a reading called "Bob" and the sitter says there is no Bob in their family, the medium might tell them that what the spirits are telling them is correct and that they've probably just forgotten who Bob is.
"It is an indubitable fact that the manifestations which take place at séances depend more upon the nature, disposition, and state of mind of those present, than on the psychical development of any medium; and that where incredulity, and especially scoffing, is felt, the spirits will not, or cannot, manifest themselves or demonstrate."
Alfred Russel Wallace, On Miracles and Modern Spiritualism
In the case of ghost hunting, the believer will often blame the skeptic for what they perceive to be a negative mindset, rather than admitting that the location isn't haunted.
The paranormal is an unproven belief system, just like a religion, and if you find yourself on the outside of it - even if you are open minded - then you will always be in the wrong in the eyes of believers and their unwavering beliefs.
The truth is you don't need to be a believer to explore the subject of the paranormal, you just have to be open minded and curious. Humans sailed around the world on boats not knowing what, if anything, was beyond the horizon and it's that spirit of curious exploration that should fuel a paranormal investigation.
Tags:
paranormalghost huntingghosts