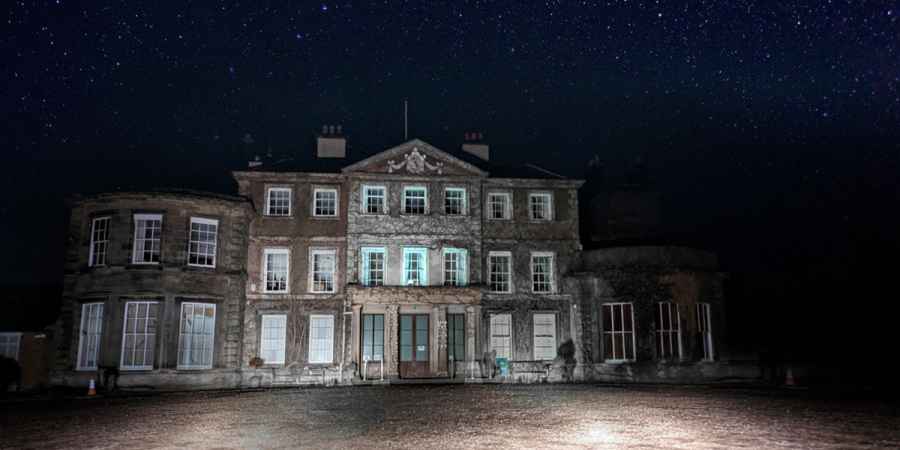 Bishton Hall, a Grade II listed Georgian mansion, is one of the oldest settlements in Staffordshire, and is fast gaining a reputation as one of the most haunted thanks to frequent reports of unexplained phantom footsteps, disembodied voices, and even sightings of full-bodied apparitions.
The hall is now owned by antiques expert, Charles Hanson, who uses the property to showcase his collection. Charles is fairly well known thanks to regular appearances on shows like 'Bargain Hunt' and 'Antiques Road Trip'. Since purchasing the hall in 2019, Charles has opened the vast and fascinating building up to the public as an events space and wedding venue, but before this Bishton had a long and varied history.
According to the Doomsday Book of 1086, a dwelling once stood on the land, which belonged to King Harold II, who died at the Battle of Hastings fighting the Norman invaders led by William the Conqueror during the Norman conquest of England. The building as it stands today started its life in the 18th century as a family home. Notable residents include three former high sheriffs of Staffordshire.
One of these high sheriffs, John Sparrow, passed the hall on to his eldest child, Charlotte. Miss Sparrow never married, but remained in the hall and devoted her life to caring for it and improving upon it. It was Charlotte who added the grand east and west wings to the house in the 19th century, leaving the sprawling property we see today.
The hall was later sold on and in 1954 became one of the last few family owned and run prep schools in the country, it offered boarding and had a capacity for around 130 children. St Bede's school at Bishton Hall only closed in 2018, leaving behind empty classrooms and eerie corridors haunted by the echoes of disembodied child voices.
Other unexplained happenings to occur in the hall include window shutters slamming on the upper floors, door knobs rattling and doors opening and closing themselves, sudden drops in temperatures, the haunting sound of a woman screaming, as well as reports of people being touched and pushed.
There has also been sightings of dark mists, shadowy figures and even an apparition of a woman wearing period clothing who has often been seen looking out a window on the upper floor.