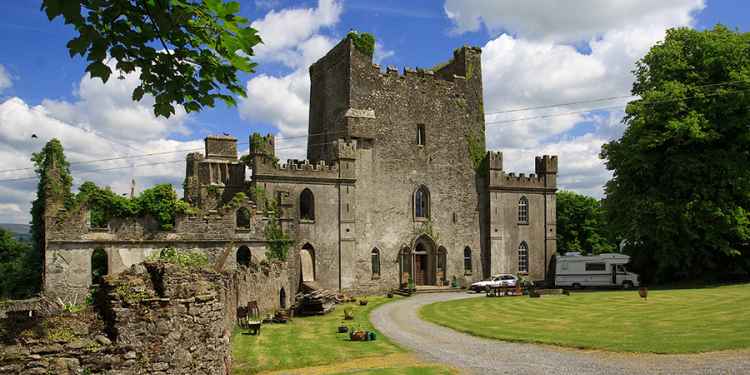 The castle was built in the 14th century and was used as a stronghold of the O'Carroll family, powerful Irish princes who thought nothing of murder. In fact, the castle's history seems to be nothing but a massive bloodbath. In the 1930s, workmen discovered three cart-loads of human bones in the dungeon, thought to be those of 39 people who were slaughtered in the former chapel.

There's a nasty ghost known as an elemental, that enjoys terrorising residents. An elemental ghost is said to be half-animal and half-human and is supposed to be formed by negative energy due to the property's grim past. As well as this sinister being, the castle's current owner Sean Ryan has experienced what he describes as "copycat" sounds when he's working. Sean says that the elemental often produces foul smells like rotten flesh.

The ghost of a little girl has been spotted throughout the house and was even witnessed falling from the battlements by a visiting American actress. Another ghost, that of an old man, resides in the oubliette but is said to sometimes leave this area and roam the upper halls.