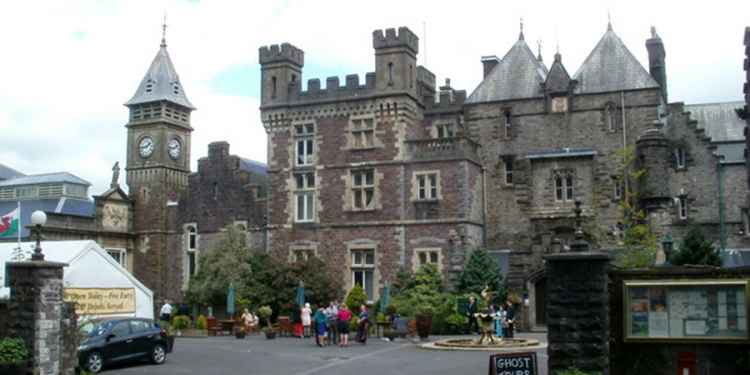 In 1842 the story of Craig-y-Nos begins, originally it started life as gothic mansion. It was owned by two sets of families over the years, before a famous opera singer took over. In 1878 the supreme diva, Adelina Patti, bought the property and named it Craig-y-Nos, which means "rock of the night" and began making it her home.

Complete with her own elaborate theatre, she invited many rich and famous friends to watch her perform on stage. After her death in 1919 her third husband sold the property, where upon it became a tuberculosis hospital for many years. The current owners are now living here as a family and restoring the property.

The ghost of Adelina Patti has been spotted all over the building, but most frequently in the theatre, which was so dear to her. The sound of singing and strange noises have been heard coming from the boudoir and the ghost of a very well dressed Victorian gentlemen has been seen here.

Since the 1920s, transparent figures of patients have been seen roaming the stairs and corridors, almost as if lost. This is a stark reminder that this place used to be a sanatorium and it's later use as TB hospital where many people died here, from that disease which took so many lives in those days.