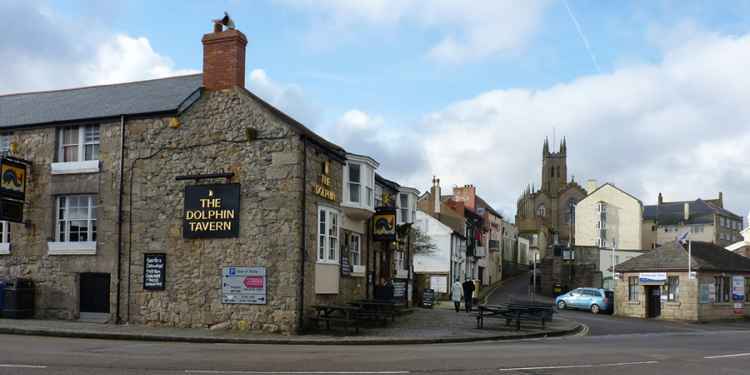 The Dolphin Inn on the harbour at Penzance is a historic English pub reportedly haunted by three ghosts. The spirits who are said to roam here include an old sea captain named George, who is spotted wearing a tricornered hat, lace ruffles and a striking jacket. As well as rare reports of sightings, he is often reportedly heard walking around the upstairs rooms and corridors in the dead of night.