Nothe Fort In Weymouth & The Ghost Of The Whistling Gunner 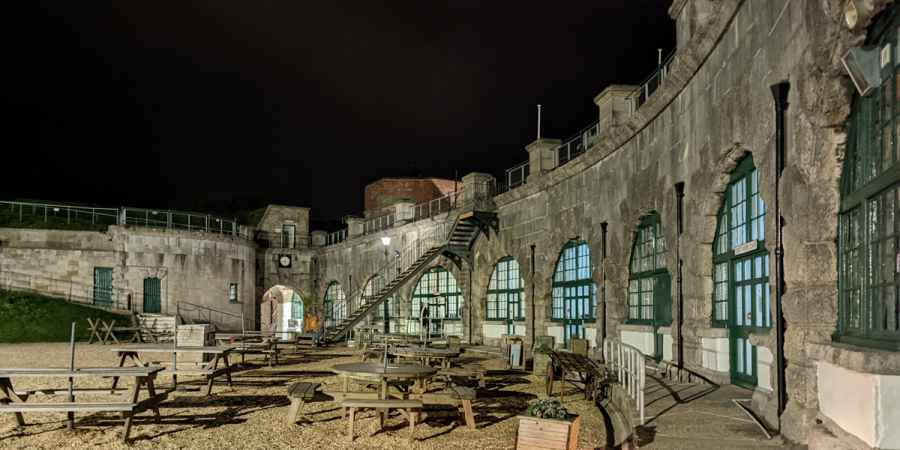 The Grade II listed fort, which overlooks Weymouth bay, was commissioned in 1872, and was built to protect Weymouth harbour and the nearby Portland harbour which was an important British naval base. Nothe Fort was shut down in 1956, but survives to this day as a museum containing World War II and Cold War memorabilia, as well as some of the impressive original cannons and guns.
The fort, which is one of the best-preserved of its kind in the country, earned the title of one of the spookiest places in the UK in a nationwide poll conducted in 2007, and staff and volunteers refuse to enter certain areas alone.
There's been sightings of a figure in white walking around the top of the fort at night, when the location should be locked up and empty. Others have reported phantom footsteps, the mysterious smell of cigar smoke and slamming doors.
The historic and atmospheric attraction's most famous spook is the whistling gunner. For decades his tooting has been heard echoing around the fort's underground tunnels and empty magazines.