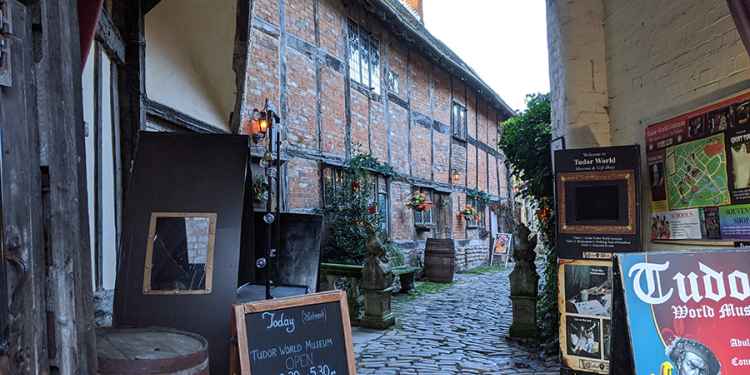 Shrieves House is one of the oldest structures in Stratford-Upon-Avon having survived the plague, civil war, world war and four major fires. It was for a time known as the Falstaff Experience Museum, and is now the Tudor World Museum, depicting the gruesome past of the town. Elizabeth Rogers lived in the house from 1578 and her nephew was known to be Shakespeare's godson. Her husband, William Rogers, is also thought to have inspired the character of Falstaff.
Visitors have reported seeing phantom soldiers standing on the stairs and a ghostly French maid seen wandering the darkened corridors. People have also reported being pushed and grabbed on the stairs by an unseen force.

February 28, 2004Most Haunted Live! The Life And Loves Of William Shakespeare